Economic growth in Russia in the first quarter is slowest that initially expected while the country’s economy came to a sharp slowdown, the government said, explaining such a tendency with weak domestic demand after an increase in value-added tax. Poor economic growth affects all significant sectors of the Russian economy, along with the dramatic deterioration of citizens’ social situation. Looking forward, there is little chance for the economy to recover yet the Russian government has been consciously committed to pursuing a stagnant economic policy while tightening the belt and awaiting further U.S. economic sanctions to be imposed sometime soon. 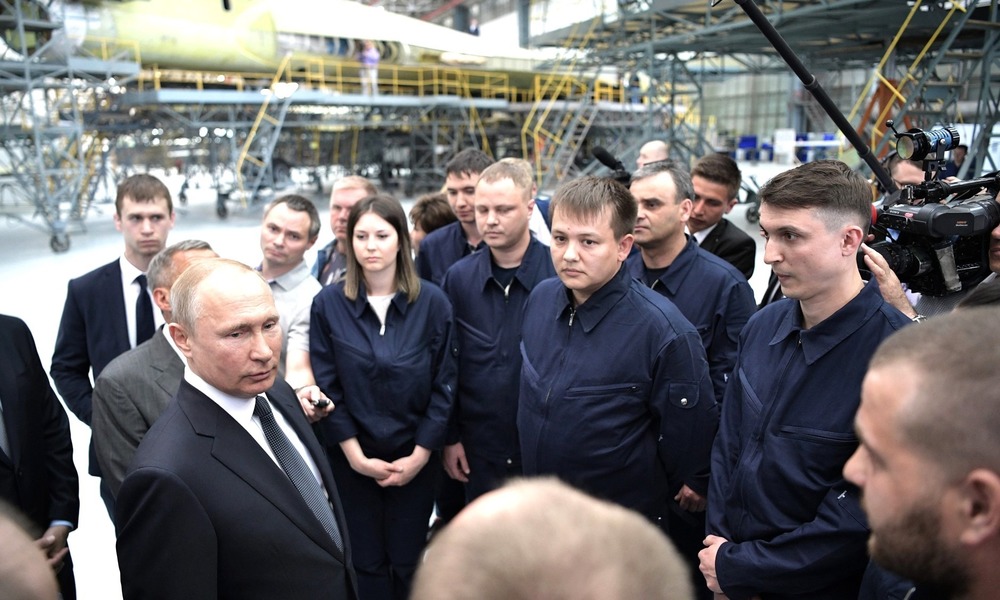 Russia’s Federal Statistics Service, or Rosstat, informed on May 17 that the country’s GDP grew by 0.5 percent year-on-year in the first quarter of 2019, compared to the same period a year earlier. This marked Russia’s weakest level since 2017 when its GDP rose by 0.3 percent in the fourth quarter, which was much below forecasts. The finance ministry had previously forecast GDP growth at 0.8% percent in the first quarter while the central bank (CBR) that had foreseen GDP growth at an optimistic level of 1.5 percent in January–March. After the reports were published, Russian Finance Ministry said the slowdown had been “initiated and resulted from weaker internal demand that occurred after the tax burden was increased,” when the VAT rate rose to 20 percent from 18. Russian President Vladimir Putin last year signed into law the measure to increase the VAT rate as of January 1, 2019. Economic slowdown affected industrial production, retail sales, construction sector, and agricultural production.

Recent reports have depicted both weaker domestic demand and poor condition of Russian investments while the negative economic tendency is unlike to reverse in the second quarter of the year. As reported, economic activity could pick up in the second half of 2019. Also, the ministry projects that its economy would expand by 1.3 percent this year, while the central bank forecast growth at 1.2-1.7 percent. In 2017, Russian economy returned to the path of growth after having experienced two years of recessions between 2015 and 2016. Back in 2014, it had been particularly struck by two outside phenomena. First, this was due to falling oil prices, climbing above $100 a barrel in late 2014 and hitting no more than $30 in early 2016, which was a sharp blow to the Russian federal budget. Also, both the United States and the European Union had introduced severe economic sanctions, forcing Russian-based companies to reduce investments while increasing loan costs for the entire Russian economy. There was also a sharp decline in investments and consumption.

In April this year, Bloomberg ranked Russia among the world’s 20 poorest economies. The country was reported as the 17th most miserable economy, owing to projections of higher prices and stagnation in joblessness. Also, Putin’s social promises back in February this year will be costly, reaching the amount of 100–120 billion roubles ($1.5 billion) per year, Russian finance ministry informed. Statistically, this will give slightly more than 10$ per one citizen, a small sum compared to nearly $390 billion of Russia’s hard-currency reserves. The VAT rise from 18 to 20 percent will give to the state budget an additional amount to $9 billion. Higher VAT rates will trigger more expenses for Russian households, a small part of which will later go back to the citizens, under new social payments promised by Vladimir Putin.