Information is one of the most common means of unconventional warfare, especially in post-Soviet countries. Of the Baltic states, Latvia has the largest proportion of Russians who constitute a quarter of the country’s population, and over 36% of residents in its capital, Riga. These citizens, as well as other Russian-speaking minorities such as Belarusians, Poles, or Ukrainians, are the most exposed to the Kremlin’s disinformation activities aimed at undermining social and political coherence. Yet, Moscow’s propaganda is not limited to the Russian language channels, nor is it just a Latvia’s problem. In fact, it is a threat to the whole NATO’s Eastern flank. 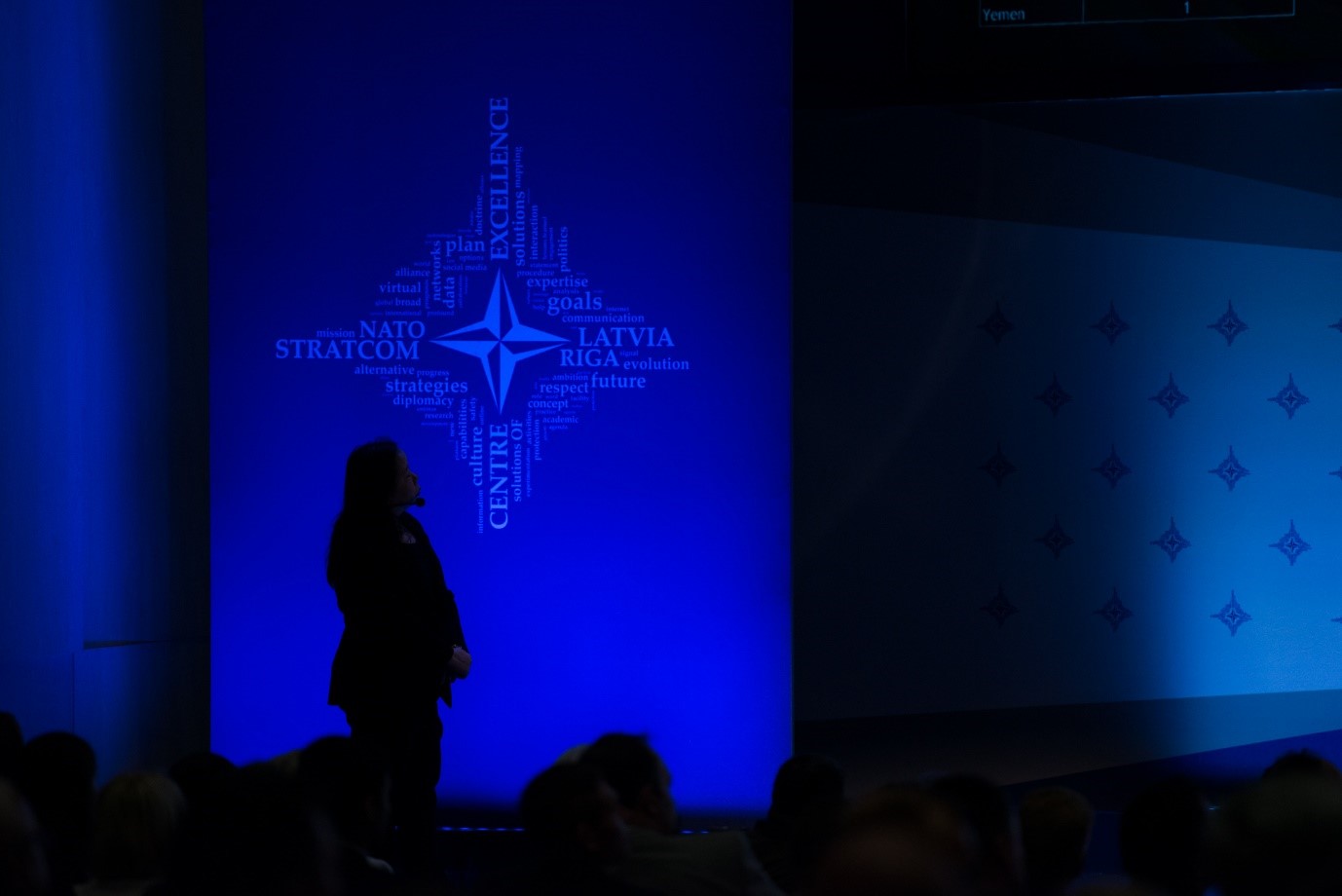 At the forefront of Russian hybrid activity abroad is disinformation, either condemning the West, or praising Putin’s administration. Mainly aimed at influencing Russians living abroad, the news channels aim to plant an anti-Western view of reality. Through igniting sincere fear of the progressive West, Kremlin gains loyal groups that not only forward the alternative vision of reality via word-of-mouth but also could promote Moscow-inclined policies or even lead potential separatist movements. The largest of Russian outlets internationally is Sputnik News, a state-owned news agency operating website in 31 languages, with editorial offices in Moscow, Washington DC, Cairo, Beijing, Paris, Berlin, London, and Edinburgh. Neil MacFarquahr, a New York Times’ reporter, identified its aim as undermining the official version of events, and the very idea that there is one, in order to foster a policy paralysis. The agency takes both explicit and implicit (psychological) actions to spread disinformation – from repeating the word “destabilise” in close proximity to “the West” across its articles, to accusing Europe of fuelling Maidan protests, to statements that attribute the funding of ISIS to Barack Obama and Hillary Clinton. Another, though less obnoxious, outlet is Baltnews which specifically aimed at the Baltic states. According to an investigation carried out by Re:Baltica, a Latvian investigative journalism institution, despite assuring its independence and pursuing purely entertaining aims, the portal has a sophisticated financing structure. Namely, the money flows subsequently through a number of NGOs, companies, and corporations based across Europe – most of which are somewhat under control or influence of Russian oligarchs. Ultimately, the source was tracked to RIA Novosti, a Moscow-based state-owned domestic news agency. In 2016, Riga identified Sputnik as a propaganda tool and banned it from operating on a Latvian domain. Three years later, in mid-2019 Baltnews admitted its ownership by RT (formerly known as Russia Today), another Kremlin-controlled international TV network funded from federal tax budget. This statement allowed to track a link between Baltnews and a Russian official sanctioned by the EU due to his involvement in the annexation of Crimea. As a consequence, in July 2019, Latvia closed access to the Baltnews portal.[1] This year, all seven RT channels operating in Latvia were banned. Ironically, Sputnik Europe called it an “attempt to get rid of independent media.”[2]

Eradicating hybrid threats becomes more difficult the less formal are the measures of influence. As reported by Solvita Aboltina, chair of the Latvian Security Committee, one hundred NGOs operating across the Baltic states are financed by Russian state. Some of these institutions spread propaganda, others have close ties with local pro-Kremlin political parties. Some are even suspected of having complex, hardly trackable methods of transferring money to those parties, which, in turn, spark public anti-Western debate. Such mechanisms enable Russian government to have insight and, to some extent, impact on the political stability in the targeted country. Additionally, the funding is also directed towards educational and analytical centres. The Riga Institute of European Studies for example, has conducted numerous projects in cooperation with Russian institutions, whilst its analytical activity focuses on the difficulties faced by Russians living in Latvia. The Russian Embassy in Riga, on the other hand, supplies books to Russian schools – commonly present across the Baltic country – without submitting them for independent approbation. Therefore, Moscow has a chance to plant an alternative understanding of not only history, but also current affairs. In this way, the state is involved in shaping the beliefs and thought mechanisms of its potential supporters from their very youth.[3] Most recent example of using such audiences to create a front of political opposition is the condemnation of Baltic Rail. The logistical project, aimed at connecting Scandinavia, Baltics, and the countries on the southern bank of the sea, is described as Europe’s preparation for war with Russia. Such uncertainty is a spark for the aforementioned “policy paralysis.”

Following the approval of the National Defence Concept for 2020-2024, Latvian Defence Minister Atris Pabriks stressed the importance of strengthening the nation’s “sense of belonging” and bringing government “closer to the people” with an aim of fostering resilience to “all kinds of potential emergencies and aggressions.” Amongst the main objectives of the Ministry is developing the capability to identify and withstand “hostile hybrid war operations.” The document recognises the “heavy hybrid threats Latvia is exposed to.” Even since the outbreak of the pandemic, Latvian infosphere has been attacked with deceptive messages. One of the recent acts of this type was carried out by an English-language online news TheDuran.com, which published a false article claiming that a vast majority of NATO enhanced Forward Presence battle group stationed in Latvia had been infected with Covid-19. Although it may seem an irrelevant fake news to inexperience audience, disinformation is officially recognised as the engine of the psychological branch of hybrid warfare. The article did not simply throw an unreasoned accusation, it questioned Latvia and NATO’s transparency, commission to obey the internationally recommended measures of protection, and portrayed it as somewhat weak and vulnerable. Furthermore, the Baltic country’s Defence Minister received fake email messages from NATO Secretary General Stoltenberg regarding the alleged withdrawal of NATO troops from Lithuania. NATO used this situation to ensure its commission to maintain their defence in the Baltic states and to further identify and counteract malign disinformation.

Adequately to being under particular threat of Russian information warfare, Riga is home to NATO Strategic Communication Centre of Excellence. One of its objectives is to identify and counter adversary psychological operations, also through influencing the perceptions and attitudes of approved audiences and raising public awareness of information warfare – its means and potential effects. The public must become aware that modern warfare is not limited to conventional military actions. With the development of advanced technology and the overflow of information, nations are subject to malign influence through a variety of mediums. Unlike dropping a bomb, planting propaganda takes years, is more difficult to spot, and has indirect, though not necessarily less harmful consequences.