The risk of the outbreak of a military conflict in Ukraine has increased recently. If an open war (less likely) or an armed incident similar to the one in the Kerch Strait (more likely) is to take place, Moscow needs to find a pretext, a very strong one indeed. One such pretext could certainly be the use of chemical weapons in Donbass. 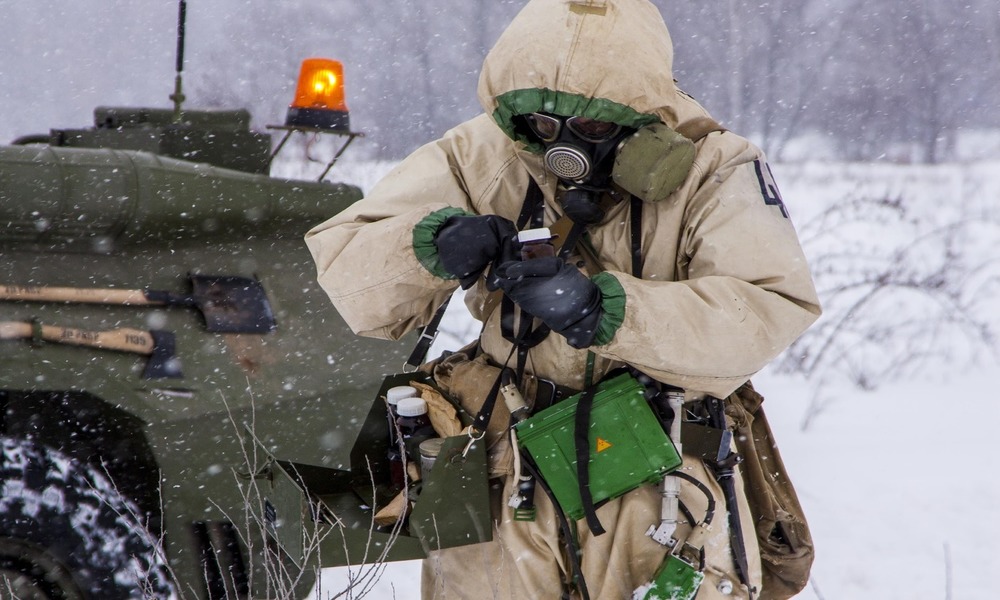 When the U.S. Special Representative for Ukraine Negotiations Kurt Volker said on December 24 that it is necessary to consider “a realistic possibility” that Russia could launch a new aggression, he also mentioned an the issue that “causes concern”. According to Volker, it is about repeated Russian statements saying that Ukraine is allegedly preparing an attack with the use of chemical weapons. “Such disinformation worries, because Russia needs a cause for aggression. I would like to think that this is done to divert attention from the aggression against the Ukrainian ships in the Black Sea. However, we must be very careful, we must closely follow the situation and, ideally, prevent further escalation and aggression,” the U.S. diplomat said. On the very same day, the Spokeswoman for the Russian Ministry of Foreign Affairs (MFA) said that “it is quite possible” that Ukraine “could launch a full-scale military operation in the next few of days”. Just for the record, Maria Zakharova lied by saying that “we are greatly concerned about the increasingly frequent amount of reports of the so-called experts in the Ukrainian media on the possible use of chemical weapons by militant groups (pro-Russian – ed.) in eastern Ukraine”.

Not only Ukrainian experts, but also politicians from Ukraine and abroad (e.g. Volker) are speaking loudly on the alleged use of chemical weapons in Donbass, because they want to neutralise the Russian strategy that Moscow has already used, as a matter of fact, quite recently in Syria. On November 24, there was a chemical attack in north-west Aleppo, in which more than 100 people were wounded. Just before the attack and immediately after it, Russian propaganda intensified disinformation by saying that the Syrian rebels were preparing a chemical attack with the support of the West. For example, during that time, the information about the arrival of a group of French military experts who were allegedly responsible for helping the rebels prepare chemical weapons to the province of Idlib was spread. The United States rejected the accusations, pointing to the involvement of the Russian and Syrian military in the chemical incident in Aleppo.

The Russians have a tendency to falsely accuse others of doing something before actually doing it themselves at any given moment. Therefore, the stubbornness with which the Russians keep mentioning about the alleged plans of a chemical attack led by the Ukrainians in Donbass must raise serious concerns. The disinformation operation was launched on November 22. At that time, one of the leaders of the Donetsk separatists, Eduard Basurin said that “the intelligence service of the Donetsk People’s Republic” reported that “a group of military specialists from the United Kingdom came to the Ukrainian-controlled city of Artemovsk in the Donetsk Oblast in order to participate in the chemical attack in the northern region of the DPR”. Four days later, the Permanent Representative of the Russian Federation to the OSCE stated that “the Ukrainian Army is preparing a provocation with the use of chemical weapons in Donbass”. On December 5, the Spokeswoman for the Russian MFA addressed the topic by threatening that “such actions may lead to casualties among the civilian population”. Since then, the disinformation operation has only intensified. Only by speaking loudly on the issue and warning that this is, in fact, a Russian provocation, the likelihood of the Syrian operation being repeated in Ukraine might be reduced. Only this time, according to the Russian scenario, the role of Aleppo is to be played by Donetsk, the Ukrainians are to be the wrongdoers, not the Syrian rebels, and professional assistance is to be provided by experts from the United Kingdom, not from France.