On December 24, 2018, President Igor Dodon met with the representatives of the Union of Officers of Moldova (Romanian: Uniunea ofițerilor din Moldova), of which he has been a member since 2015 with the rank of reserve major. The organisation brings together former military members whose mission is to promote the idea of patriotism among young people in the spirit of traditions of the Soviet Union and Moldova. The celebrations that took place on that day marked the 660th anniversary of the foundation of the Moldovan state and commemorated the liberation of Moldova from “fascists” 75 years ago. During his speech, the President stated that “our ancestors were victorious 75 years ago, we will also be able to liberate Moldova from the Euro-Unionists who have ruled our country since 2009”. Moreover, Igor Dodon offered membership in the pro-presidential Party of Socialists of the Republic of Moldova (Romanian: Partidul Socialiştilor din Republica Moldova, PSRM) to all members of the mentioned veteran organisation. 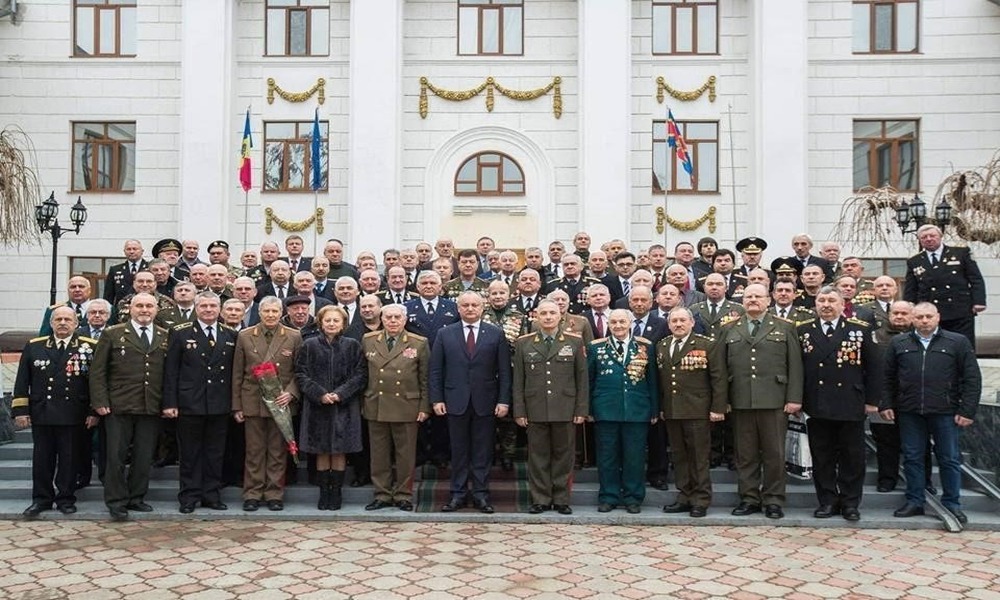 President Dodon’s confrontational position on the current government was aimed at consolidating the electorate that has pro-Russian views and is concerned about further European integration. The Union of Officers of Moldova is a political power base for President Dodon. In 2017, the President of Moldova refused to accept Eugen Sturza, the government’s preferred candidate, as Minister of Defence and proposed the candidacy of Victor Gaiciuc, a member of the Union of Officers of Moldova. Eventually, the government’s candidate was appointed Minister of Defence.

If the PSRM wins the parliamentary elections in February 2019, there may be a change of course in Moldova’s foreign policy, which should be understood as closer co-operation with Russia. The European Union is Moldova’s major trade partner, which, among other things, implies that the loss of EU aid funds may pose a challenge for the new state administration in Chisinau. It seems that President Dodon’s current goal is to triumph over pro-European parties, those which have lost the confidence of voters as a result of numerous corruption scandals, including the largest one that involved the former Prime Minister of Moldova Vlad Filat and non-parliamentary factions such as the Dignity and Truth Platform (Romanian: Platforma Demnitate și Adevăr, PDA), which are known for being against the abuse of political power by the current administration whilst maintaining pro-European views. By discrediting the idea of European integration, Igor Dodon is fighting against his main political opponents in the upcoming elections. According to opinion polls, the PDA party is the second largest political force in the country, right after the PSRM.