Russia to a large extent provides military protection to Kyrgyzstan and Tajikistan. Both republics border Afghanistan, which makes them potentially vulnerable to Islamist aggression. Yet the threat can no longer be referred to as the one posed by the Taliban, with whom Moscow has only recently entered into cooperation. Instead, the countries may be at risk from the Islamic State in neighboring Afghanistan. Russia is not in a hurry to boost its military presence in the region, though. Yet the situation may dramatically change if Russian communications and radio-electronic intelligence facilities face potential danger. They seem important for the operation of Russia’s fleet and its strategic missile forces while little attention is attracted to the conventional security of the countries where they are located. 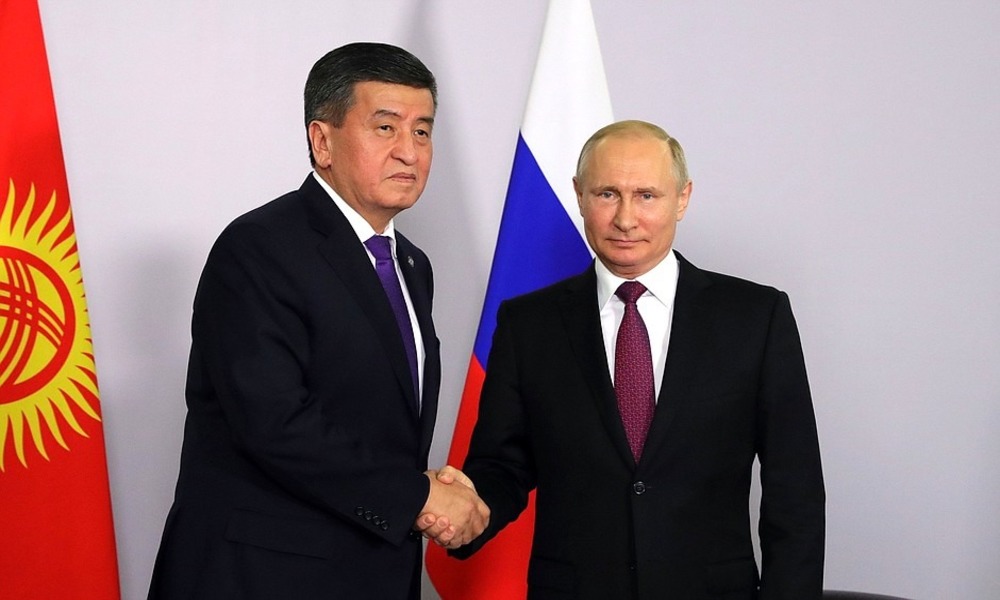 Russia can both function and safeguard its interests in Central Asia without any need to intensify its military presence in the region. Instead, Kyrgyzstan and Tajikistan seem to care much about to welcome more Russian troops on their territories. In addition to bordering Afghanistan, the two countries have relatively weak armies. This in turn means that Moscow will be able to impose its own conditions in most military-related matters. Back in June 2017, Almazbek Atambayev, a former president of Kyrgyzstan, put forward an idea of deploying Russian soldiers in the southern province of Batken, bordering both Tajikistan and Uzbekistan. Such a move would come at the expense of providing military assistance to the Kant Air Base, acquired in 2003. In December, Russian Foreign Deputy Minister Grigory Karasin announced that there was no need to set up the country’s second military base in Kyrgyzstan.

Russian units, which have been already deployed to Central Asia, are part of the Central or Southern Military Districts. Since January 2017, Russian military facilities on the Kyrgyz territory have been granted a status of a combined base, with all of them being subject to the Central Military District. The two sites are closely linked to the fleet. The first one, located by Lake Issyk Kul, has been long committed to carrying out research and perform trial tests of torpedo weapons while the second is a communication node whose main task is to secure communications with naval vessels and submarines in the Indian and Pacific Oceans. Yet another facility, the 17th radio-seismic laboratory, is in charge of monitoring nuclear weapon tests. All Russian military facilities in Kyrgyzstan serve for exclusive purposes of the state army while Bishkek is granted some lease fee. Among them is the most famous Kant Air Base which accommodates 11 Russian Su-25 aircraft, 2 An-26 military transport aircraft, and 2 Mi-8 helicopters. In fact, the military facility serves as the base for the Kyrgyz air forces as the country does not dispose of even one combat aircraft. Russia established only one foreign military base that holds the status of a division (and not the brigade). The 201st military base is stationed in the Dushanbe and Kurgan-Tyube garrisons Similarly as the Kant Air Base in Kyrgyzstan, it performs in fact the function of the Tajik air forces. Yet it disposes of much more developed land forces, including 30 tanks, over 350 infantry fighting vehicles and armored personnel carriers and 150 artillery items. It is much more than the military potential of the entire Tajik army.

Moscow is in no rush to develop military forces stationed in Kyrgyzstan and Tajikistan. According to the state authorities in both Bishkek and Dushanbe, it may be enough to menace with the threat from Afghanistan to make Russians deploy more tanks, aircraft, and troops. Nonetheless, this strategy does not seem to work anymore as Moscow managed to reach an agreement with the Taliban, which primarily brought about two consequences. First, the Taliban will not carry out expansion towards Central Asia and, second, they are likely to become allies in the event of the war with the so-called Islamic State, referred to as an unpredictable enemy. As a result, Kyrgyz and Tajik governments agreed to assume the role of a customer who asks for Russia’s strengthened military presence in their region. Yet Moscow, whose decision-makers do not seem to care so much about it, will thus play on time, seeking to obtain some major concessions in the foreseeable future.