After a long break, Russian strategic bombers again appeared in the coastal zone of North America. According to the US Northern Command, On May 11, Two Tu-95 were intercepted by American fighters near Alaska. This is not the first such a move of the Russian army and it has rather political meaning. 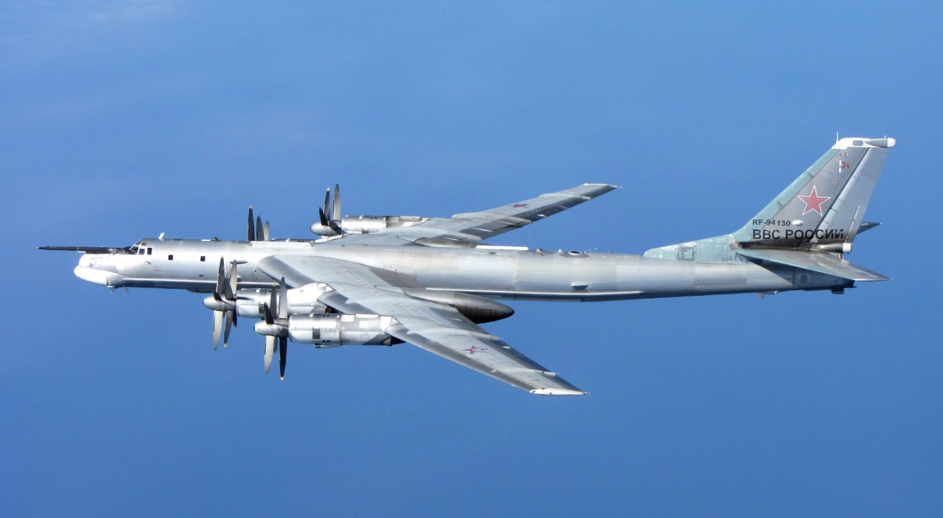 Two bombers Tu-95 appeared in the U.S.-Canadian Air Defense Identification Zone (ADIZ) over the Bering Sea in the morning of May 11. They were intercepted by two fighters F-22 Raptor. Russians were flying to the west of the seacoast of Alaska, located north of the Aleutian Islands. They did not trespass the airspace of the USA or Canada. The flight was later confirmed by Russia’s Defence Ministry. There were not only Tu-95 bombers, but also Tu-142, which are maritime reconnaissance and anti-submarine aircrafts. Previous such a provocation took place almost exactly a year ago, also in the vicinity of Alaska. On May 2, 2017, two American F-22 Raptor intercepted two Russian Tu-95 strategic bombers and two Su-35 fighters. A few of days earlier, a Russian Su-27 fighter dangerously approached an American P-8 maritime patrol aircraft over the Baltic Sea. The Russian aircraft flied almost 6 metres from the US Navy’s machine.

All those flights have only propagandist and political meaning. From the military point of view, there is no use in sending an aircraft armed in missiles that can reach thousands of kilometres so close to a territory of a foreign country and venture its interception. Alaska disposes of a U.S. Army launch site for anti-ballistic missiles in Fort Greely (about 130 kilometres southeast of Fairbanks). It is not a coincidence that Russian aircrafts, which can carry atomic weapons, appeared in such a place, especially taking into consideration Mr Putin’s rhetoric of American defence capabilities against Russian missiles. Fort Greely has at its disposal a majority of 44 Ground Based Interceptors missiles capable of destroying intercontinental ballistic missiles (ICBM). Others are stationed in Vandenberg Air Force Base in California. It should be remembered that in June 2012 Russian bombers simulated a missile attack on American objects of anti-missile shield in Alaska within the great strategic manoeuvres of nuclear powers. Russian bombers Tu-95 are armed with cruise missiles KH-55 and in newer and more dangerous KH-101 (conventional warhead) and KH-102 (nuclear warhead).