Russia Is Still Not Ready for Nuclear War

Held in October this year, Russia’s Grom (Thunder) 2019 strategic nuclear forces exercise revealed that the country’s atomic stockpile is far below expectations. Russia is yet not ready for a nuclear clash with the United States, and President of Russia Vladimir Putin saw it with his eyes. While overseeing the drills, he ordered the missile launches by pushing a button –– but it did not work. 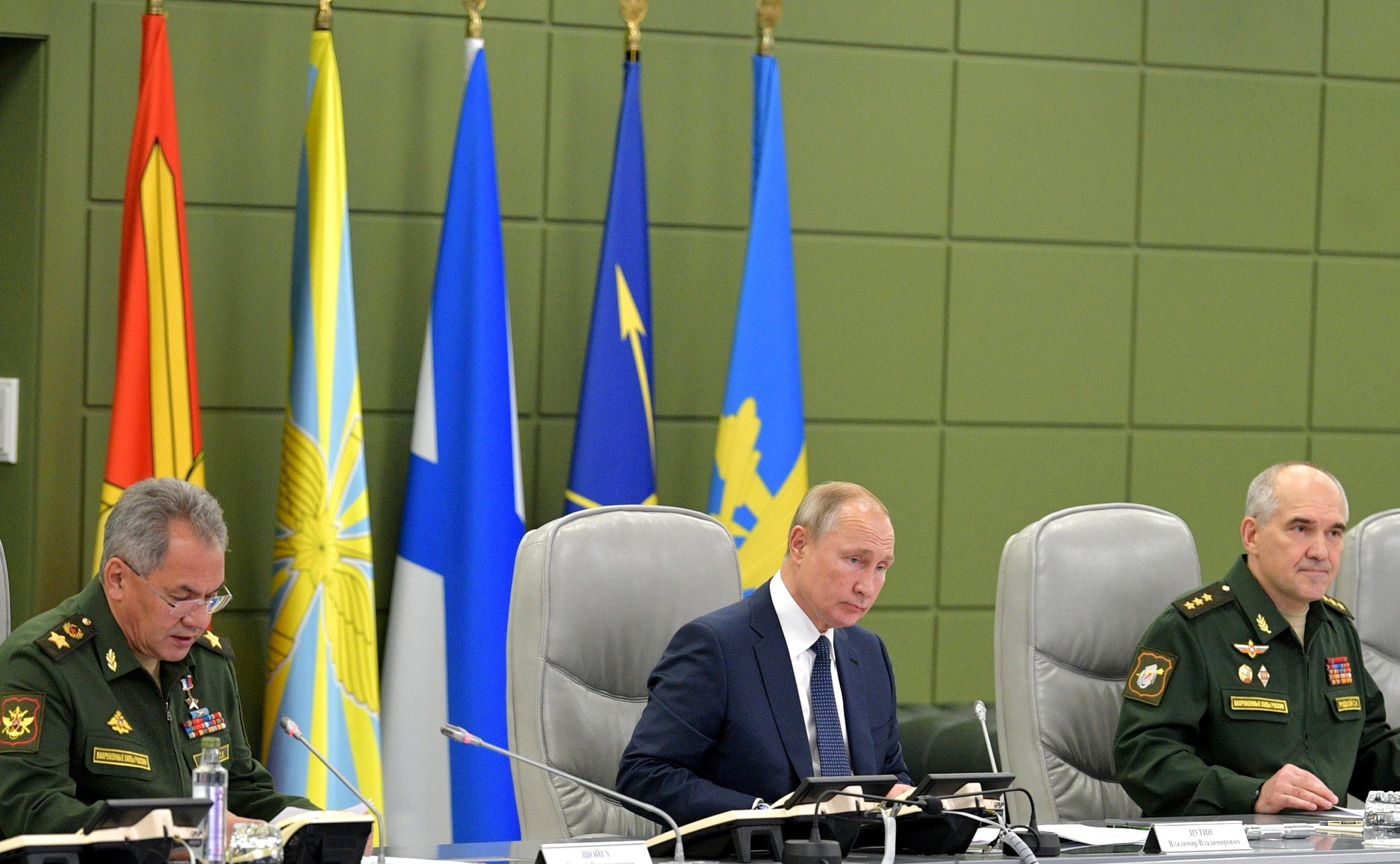 Nonetheless, under the New START nuclear arms reduction treaty being formally in force, the United States and Russia are required to exchange their renewed strategic arsenal data every six months. The latest update comes as of September 1, 2019. For Russia, the data shows 1,426 deployed warheads, and 513 strategic launchers in service (of 757 in total). Although the United States has fewer warheads than Russia (1,376), it boasts more launchers being fielded (668 in service, and 800 in total). Nevertheless, signs are that the New START accord will not be extended in 2021, a standstill that may prompt a full-scale arms race between these two. Russia is afraid of this being likely to occur. Though it has been working on modifications to its strategic nuclear arsenal, its stockpile leaves much to be desired.

This was confirmed during Russia’s annual Grom 2019 strategic atomic forces exercise on October 15–17. These were the most extensive drills ever held since their inception in 2012, with a record number of multiple types of missiles launches carried out. For instance, Russian strategic nuclear forces test-fired intercontinental ballistic missiles and medium-range cruise rockets. Also, involved in the drills were submarine-launched ballistic missile (SLBM) and Kh-55 air-launched cruise missiles, the latter fired from strategic bombers. Russian Defense Ministry boasted about having successfully performed all tests. Though, interestingly, the drills saw a serious mishap when the nuclear submarine, Ryazan, fired only one missile while the remaining one left onboard the vessel. The aborted attempt marked the culminating point of the exercise and a critical test, with single test-firing activities being performed so far. And what is more, the incident with the ballistic missile occurred while Putin oversaw the drills from a command center in Moscow. The technical failure, though officially branded as an abandoned attempt to launch a rocket, involved a well-worn submarine that dated back to the 1970s, with the missile itself being also conceived back then. The Kremlin might even push harder to speed up the upgrading of Russia’s nuclear stockpile. The fact is that the elements of Russia’s nuclear triad have failed to work as they should, and Putin should not wholly rely on this in the event of a war.