Russia Seeks to Offer Help Hoping to Get Zimbabwe’s Diamonds

Given the dramatically poor economic situation in many African countries and relatively low financial costs needed to provide some political regimes with essential aid, it does not come as a surprise that Moscow keeps getting involved in backing more and more states of the Dark Continent. In addition, African leaders are aware that they may ask Russia for help as its authorities will not require them to respect democracy and human rights. In order to obtain Moscow’s financial and military aid, most African countries should allow Russian companies free access to their mineral resources. 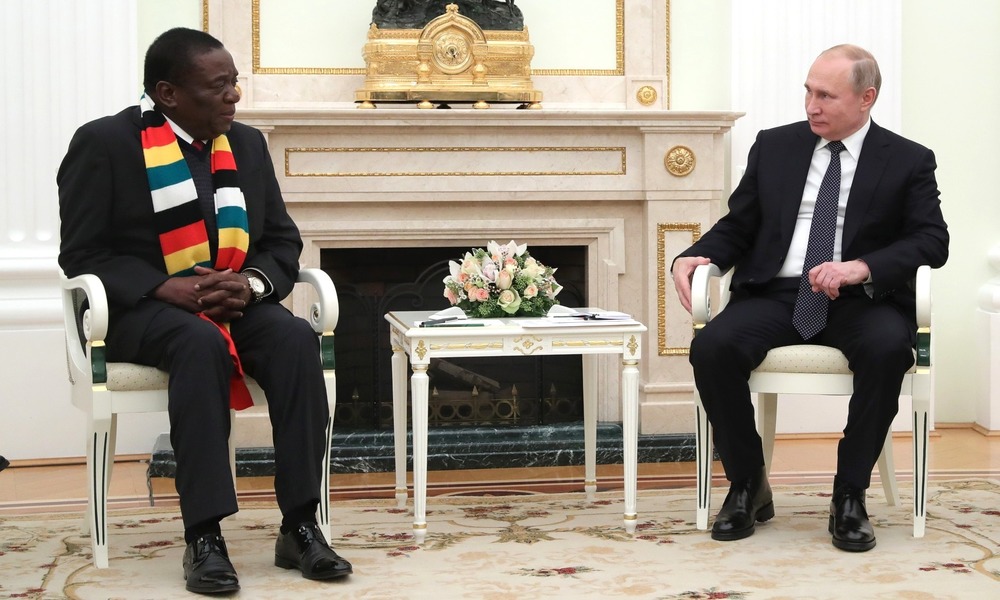 In recent years, Russia has seemingly intensified its activities in the region. Most often, the Kremlin is eager to provide local regimes with financial and military assistance, hoping to deploy its troops to the country’s territory obtain some concessions for minerals in return. Such was the case of Sudan, where Russian mercenaries continue to back special forces of the incumbent president Omar al-Bashir. In the region, there is one more country which is going through social unrest and seeks help from the Kremlin.

In mid-January, Zimbabwe’s President Emmerson Mnangagwa paid a visit to Moscow, hoping to secure some loans from Russia. Interestingly, his meeting with Vladimir Putin in the Kremlin coincided with the second day of a three-day general strike organized by the country’s largest trade union federation. Last weekend, the president decided to introduce a 150 percent hike in the price of diesel and gasoline. After he had left the country, at least eight people were killed during the anti-government protests. This is the country’s most severe social unrest since August 2018. Zimbabwe has experienced serious economic stagnation for some twenty years. However, the situation dramatically deteriorated over the past few months. Due to drastic fuel scarcity, many people form long queues in front of gas stations.

Yet his trip to Moscow had been planned in advance, some time before protests in the country sparked. Mnangagwa told the state-owned RIA Novosti news agency before meeting Putin that he will ask for financial support. And yet, in an official communiqué released shortly thereafter, the Kremlin did not mention the possibility of providing Zimbabwe with long-term loans. At the beginning of talks, Russian President Vladimir Putin said his country was “ready to do its best” while boosting cooperation with Zimbabwe. Still in the interview, Mnangagwa invited Russian companies to discuss potential investments in the country’s oil and gas projects as well as its energy sector. His visit to Moscow bore fruits, though, as exemplified by a recent decision of Alrosa, Russia’s leading diamond company, to come and mine in Zimbabwe while being granted government’s full support. Following bilateral talks in the Kremlin, both countries sealed some deals, including the one on a joint platinum project. Thus, more reports on Russian aid for the Zimbabwean government may soon be announced.

Back in December 2018, Alrosa opened an office in Zimbabwe while both geologists and mining engineers are expected to come to the country in February. Although the country is highly rich in diamonds, it suffered a major decline in interest from large investors under Mugabe’s regime. For instance, Rio Tinto Group sold its stakes in a project in 2015 while De Beers quit the country more than a decade ago. Russia’s Alrosa stopped working in the nation in 2016. Zimbabwe’s current government is currently considering repealing a law passed under Mugabe that prevented foreign investors from holding controlling stakes in local diamond mines. The government plans to target production of 12 million carats by 2023, up from 3.5 million carats in 2018.