Russia Lies About 1939. Archives in the Service of the Kremlin

In the run-up for the 80th anniversary of the start of World War II, one should expect an increase in Russian propaganda activities. They consist in whitewashing history and selectively using archives to justify the Molotov-Ribbentrop pact while making attempts to shift responsibility for World War II onto Poland and its 1939 Western allies. Moscow says that the West yet again uses the Molotov-Ribbentrop pact as part of the “information warfare” campaign. The opposite is true, though. 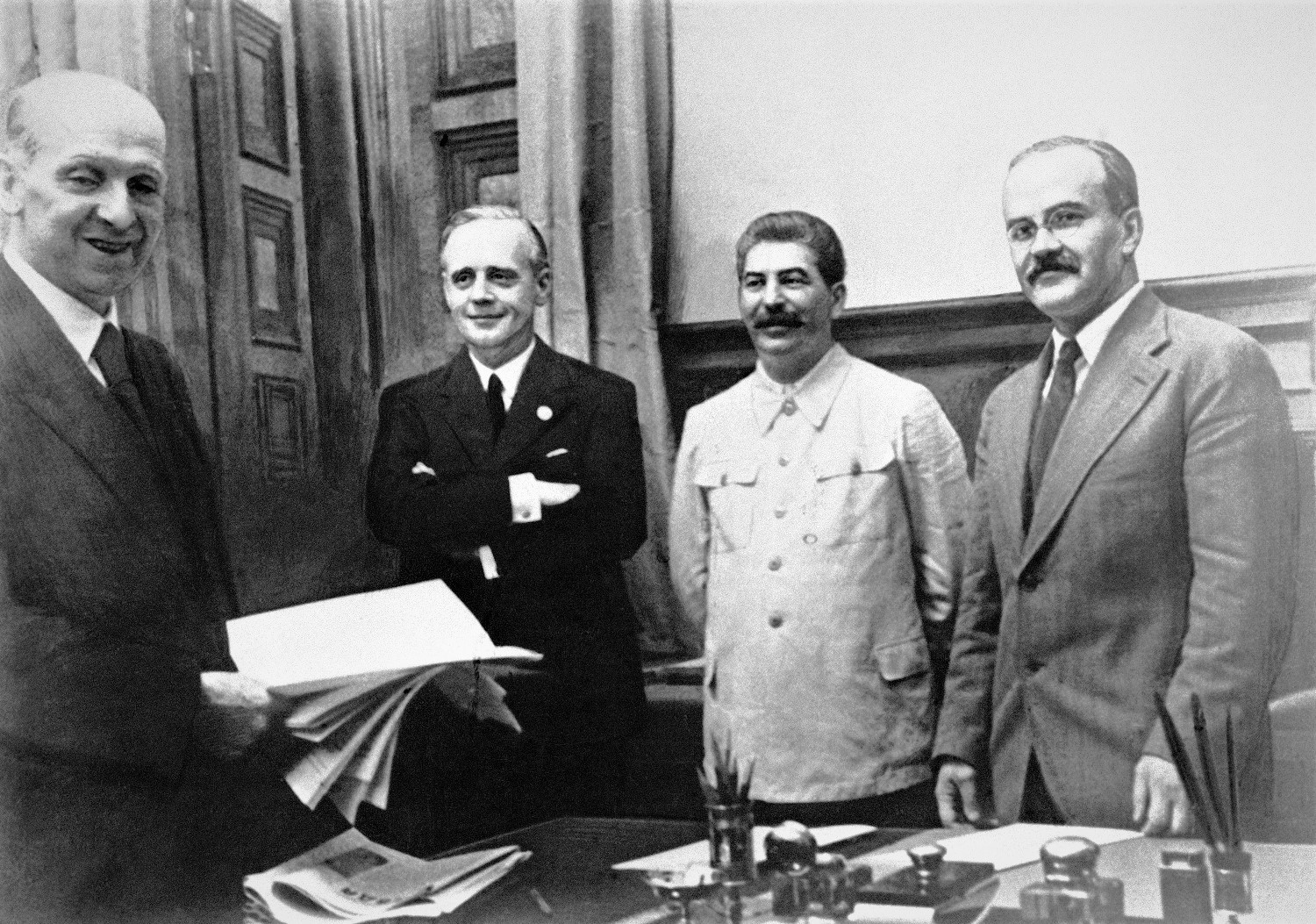 An archive exhibition titled “1939 – The Beginning of World War II” was inaugurated on August 20 at the headquarters of the Federal Archive Agency of Russia, also known as Rosarchiv. Among the exhibits displayed are the original versions of the Molotov-Ribbentrop pact, along with its additional secret protocol. The exhibition serves as a pretext for Moscow’s information offensive that basically consists in rewriting history to Russia’s benefit. The campaign is taking place with the active participation of both historians who share the Kremlin’s vision of the past and state’s senior officials. Moscow’s World War II exhibition was opened by the Russian foreign minister and the head of the intelligence service. The latter is Sergey Naryshkin, who simultaneously chairs the Russian Historical Society, a fact that shows how greatly Moscow is attached to the politics of history and their use in current affairs. The head of Russia’s Foreign Intelligence Service (SVR) said that the Soviet Union was forced into signing a non-aggression pact with Adolf Hitler in 1939, claiming that the document was critical to the defense of the country. Also, Naryshkin argued that in the years prior to the outbreak of World War II, Moscow had made active attempts to thwart plausible aggression from Nazi Germany. He blamed countries of the West for having pursued an appeasement policy that pushed Nazi Germany towards armed aggression against the USSR. Sergey Lavrov, for his part, considered only Western countries to be blamed for what had happened, accusing them of playing “double game” against the Soviet Union. As a result, and what has been persistently highlighted by Russia, the Soviet Union was forced to ink a non-aggression pact with Nazi Germany.

In an interview for Russia’s government daily Rossiyskaya Gazeta, the head of Russia’s Federal Archive Agency advanced the above theses, yet again mentioning a Soviet proposal that Poles let the Red Army march through its territory to “fight Nazi Germany.” Artizov has insisted that Poland’s refusal proves Warsaw’s two-faced policy that ultimately led to a failure in UK-French negotiations with the Soviet Union over forging a possible alliance against Germany. Artizov argues that neither Paris nor London could in fact hold interest in taking up a joint fight with Stalin against Hitler. And while none of them was willing to guarantee military assistance, Moscow was compelled to get along with Nazi Germany in a bid to avoid being attacked. From Stalin’s point of view and in the then geopolitical situation, a pact with the Third Reich was advantageous, the Rosarchiv director has said. The Soviet Union expanded its sphere of influence, which is how Artizov referred to an actual invasion on Poland on September 17, 1939, embroiled at that time in the fight against Germany and the further violent annexation of the Baltic states, and formed trade and economic ties with the Third Reich. In a historical debate that is likely to gain impetus in the weeks the follow, the Russian side naturally omits all facts it sees as burdensome. For example, the Soviet security apparatus (NKVD) worked closely with Nazi German Gestapo long before inking the Molotov-Ribbentrop pact. What is naturally ignored is the fact that Stalin was an ally of Hitler for two years, and the latter directed at that time his aggression to other European countries while ordering the extermination of occupied nations.