The Ukrainian Gas Transmission System operator said Russia’s Gazprom had suspended its gas transit through Ukraine from October 1, on the same day that a new gas deal between Hungary and Russia took effect. The agreement outraged Kyiv and triggered a diplomatic row between Ukraine and Hungary. This shows how Russia is seeking to make political use of gas pipelines that bypass Ukraine and Poland. Moscow is sparking conflict between the countries in the region while compromising Ukraine’s security and also that of other European states. 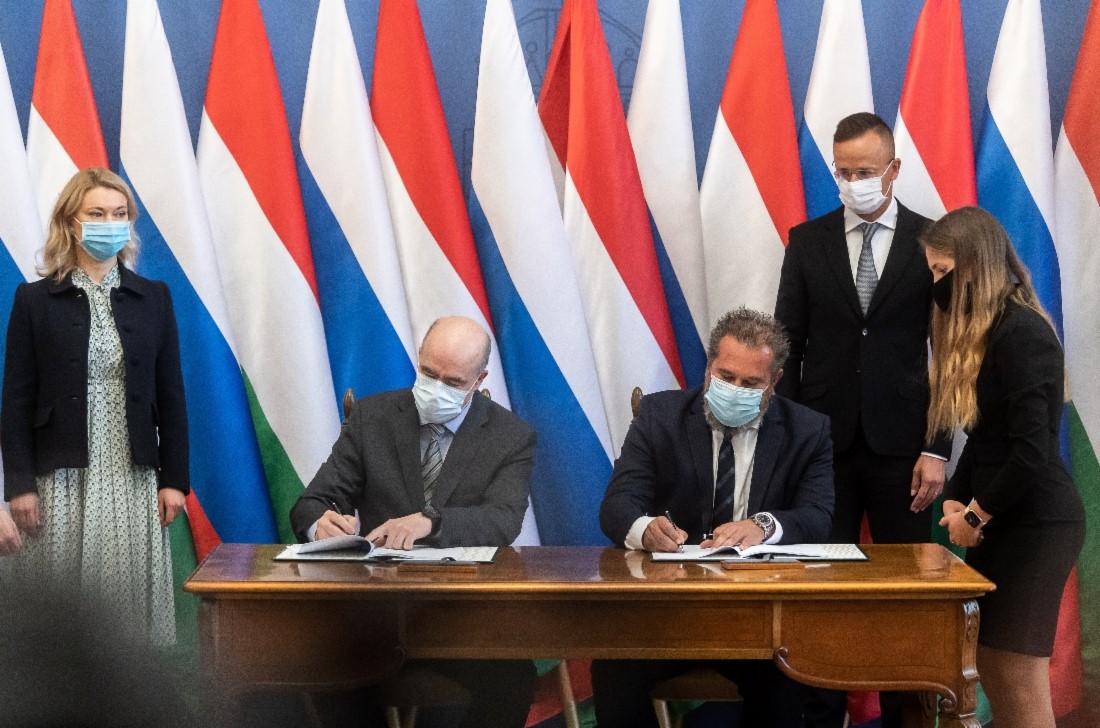 Russia’s Gazprom had suspended its gas transit through Ukraine for supplies to Hungary from October 1, according to the state-run company Gas Transmission System Operator of Ukraine. Gas supply was halted even though Ukraine’s capacity on gas transit to Hungary had been contracted until late September 2022 in the amount of 24.6 million cubic meters per day. Undoubtedly, Gazprom’s move coincided with its new gas contract with Hungary to ship 4.5 billion cubic meters each year than took effect on October 1, 2021. Suspending Russian gas transit through Ukraine means reduced gas importing capabilities of the country. Kyiv has long not imported gas directly from Russia. The country receives reverse flows from states that get Russian gas through Ukraine. On September 27, Hungary signed a new 15-year natural gas supply deal with Russia’s Gazprom. Under the deal, the Russian state-run gas giant will ship 4.5 billion cubic meters of gas to Hungary annually through lines that bypass Ukraine, via two routes: 3.5 billion cubic meters via Serbia (TurkStream) and 1 billion cubic meters via Austria (through Nord Stream and Nord Stream 2). Ukrainian state authorities have slammed the new gas deal between Hungary and Russia. Ukraine’s foreign ministry issued a statement calling the move “a purely political, economically unreasonable decision taken in favor of the Kremlin while to the detriment of Ukraine’s national interests and Ukraine-Hungarian ties.” This was in response to the fact that the Hungarian foreign ministry summoned the Ukrainian ambassador. In a tit-for-tat move, the Hungarian ambassador to Ukraine was called by the Ukrainian foreign ministry. Hungary accused Ukraine of making efforts to meddle in its affairs. “Third countries have nothing to do with what we agree on and with whom,” the country’s chief diplomat Peter Szijjarto said. “I do not remember ever reproaching Ukraine for signing any deal with anyone.” While in Brussels on September 29, Ukraine’s Energy Minister Herman Halushchenko discussed with European Commission officials whether the gas agreement between Hungary and Gazprom violated European competition rule. Russian authorities also spoke on the issue, seemingly satisfied with the whole matter. Kremlin spokesman Dmitry Peskov said no gas transmission route was secret, adding “there should be no place for such hysterical reactions.” Gazprom’s decision to suspend gas supplies to Hungary through Ukraine shows that Kyiv is right to consider the contract a weapon against Ukraine.