Russia Hands Out Passports to Its Diaspora

As reported by the Kommersant newspaper, a project is being developed in Russia to abolish the requirement to renounce the citizenship of other countries before obtaining a Russian passport. 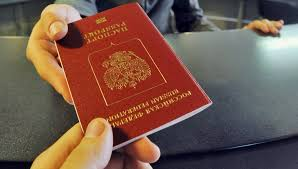 Author:
Jakub Lachert is a PhD candidate at the Faculty of Political Sciences and International Studies at the University of Warsaw. His research interests include: European Union neighborhood policy, including, in particular, Eastern policy, Eastern Partnership, Western Balkans in the process of integration with the EU.