Russia Gets New Ally as Shoigu Pays Visit to Mongolia

Not incidentally, this year’s edition of Russia’s military drills Vostok 2018 was attended by Mongolian servicemen. The state’s current authorities seek to strengthen their military cooperation with Moscow. Wedged between Russia and China, Mongolia seems to have no other choice. 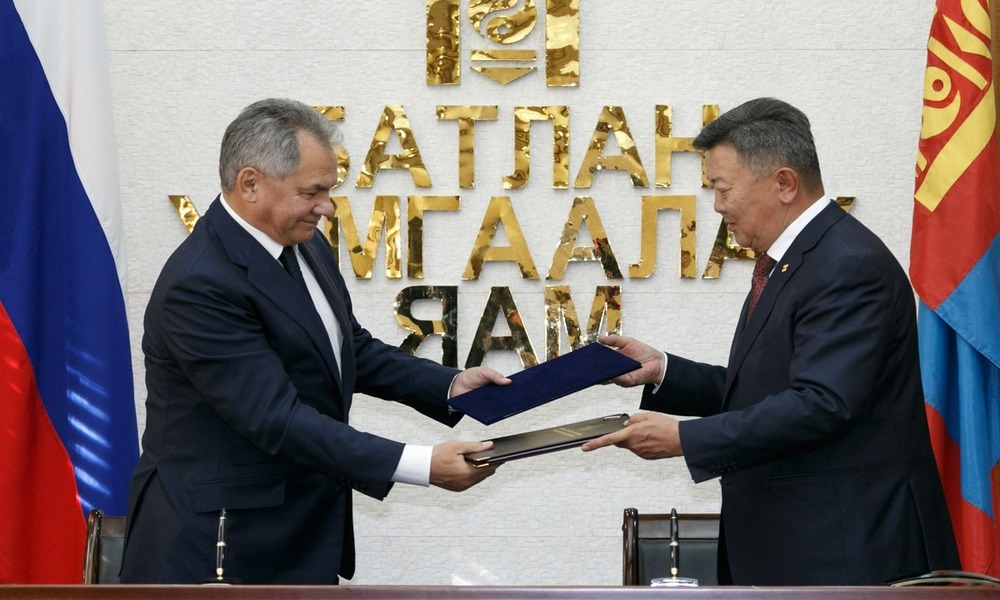 Russia’s Defense Minister Sergei Shoigu paid an official visit to Ulaanbaatar. On October 18, he met with his Mongolian counterpart Nyamaagiin Enkhbold. During his visit to the country’s capital, Shoigu announced that Moscow had provided its neighbor with both the military and technical aid of the total value exceeding 13 million dollars. It was about equipping the country’s military airports with some means of technical ground security. Thanks to Russian technical assistance, the Nalaikh airfield will be able to receive new types of aircraft as well as to carry out their ground service. It seems that the Russians intend to prepare a spare airfield for their jets in Mongolia as the location aviation does not dispose of such planes that could currently be accepted by the aforementioned facility. Located in one of the capital’s district, the military airport served as a Soviet air base under the communist regime. Furthermore, both ministers signed a long-term program on the development of the military partnership. The document provides for extending cooperation between the two countries in carrying out joint exercises in the field of military education. Russian service academies have already become the hotbed of Mongolia’s high-ranking military officers. During his trip to Mongolia, Shoigu was awarded Red Banner Order of Military Merit, handed over by the chairman of The State Great Khural.

According to some previous forecasts, Khaltmaa Battulga, Mongolia’s President since July 2017, adopted a much more pro-Russian attitude than his predecessor. The state’s authorities consider their Chinese neighbor to pose a greater threat to the country, thus hoping Moscow to act as a counterbalance. Battulga, who campaigned under the slogan “Mongolia First”, promised to fight against the country’s increasing economic dependence on China. During the first year, Battulga focused on the economic aspect of Mongolian-Russian cooperation, as exemplified by a number of joint agreements and contracts inked in various sector, including rail transport and nuclear energy. Naturally, Russia does not consider Mongolia in terms of the country’s economic value, which seems to explain the reason why Putin and his generals had eventually decided to drag Ulaanbaatar to their “war camp”. Such involvement was evidenced by the participation of Mongolian servicemen in the Vostok 2018 maneuvers followed Shoigu’s visit to Ulaanbaatar that eventually resulted in the long-term military partnership program. In this way, Russia may boast of its yet another ally in the on-going conflict with the West. At the same time, the country seeks to ensure its position in the Far East – particularly towards China – as Moscow is perfectly aware of the Mongolian reluctance to its southern neighbor.