Italy to Withdraw From Rosneft Project

Prior to the Moscow visit of Italian Prime Minister, a Russian government official confirmed Italy’s energy company would have intention to withdraw from a joint venture with Rosneft in the Black Sea. In addition, such may also be the case of other projects in the Barents Sea. Eni seeks to pull out of the undertaking even though, back in spring, its CEO assured that the firm would still be present in Russia and it would continue to develop its further cooperation with local energy business concerns. 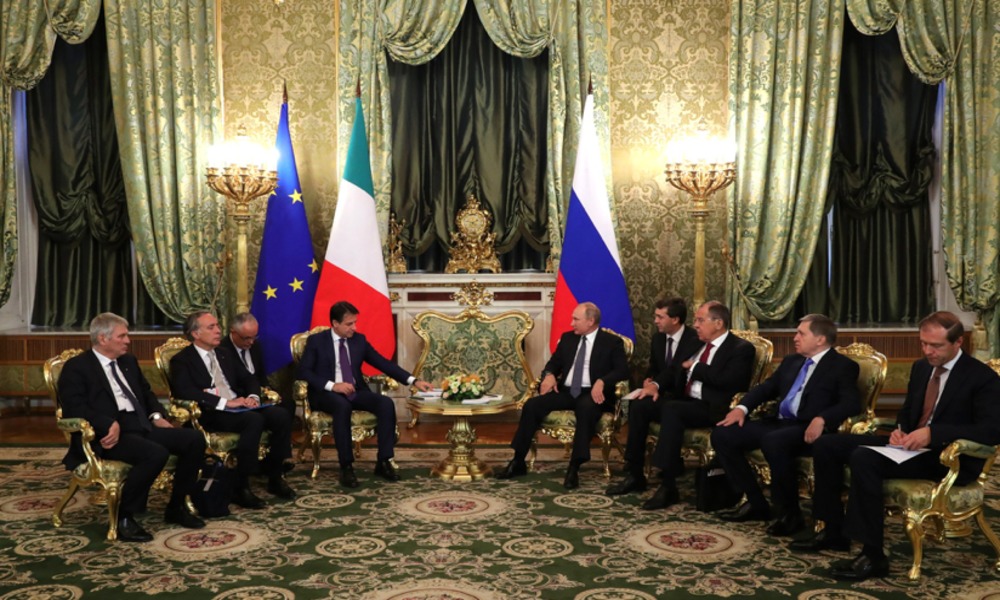 Following the completion of the first deep-water exploration well in the Zapadno-Chernomorskaya license area in March 2018, the Italian company used its right to abandon the project, Russia’s government officials said. The decision was taken in March while only two months later, in mid-May, both parties denied these reports. Such information has not been confirmed until now. The firms are currently considering suspending projects in Fedynsky and Central Barents fields in the Barents Sea.

Eni and Rosneft have entered into an agreement on exploratory work on the Black Sea and Barents Sea shelf in June 2013. In 2017, the Italian company extended the agreement with its Russian counterpart on the exploitation of deposits in the Barents Sea and in the Black Sea; currently, Rosneft holds as much as 66.67 percent of all shares while Eni owns the remaining 33.33 percent. Speaking of the Black Sea joint project, the companies have completed the drilling of the Maria-1 well; nonetheless, the undertaking did not bring the desired results as no oil was found there. Water depth at the site was 2,109 meters while the actual borehole depth was estimated at 5,265 meters. Officially, Eni decided to withdraw from the project due to the aforementioned lack of raw material. Yet Western restrictions against Russia may appear even much more significant. In August 2017, the U.S. administration adopted a new sanction package against Russia, thus limiting any financial aid for the country’s oil and gas companies. Such was the reason behind the decision of U.S. ExxonMobil whose representatives announced in March 2018 that the corporation would pull out of some joint projects with Rosneft. Nonetheless, the Italian firm adopted a different standpoint. In mid-April 2018, Eni CEO Claudio Descalzi asserted that the cooperation between Rosneft and his enterprise would continue regardless of any further U.S. sanctions against the Russian Federation.

Italy’s is one of Europe’s largest gas importers of Russia gas. Each year, it purchases as much as 21 billion cubic meters of the raw material, which covers 29 percent of all the gas supplies to Italy. The reports of a withdrawal by Italy’s Eni from the joint venture were released just a few hours before Conti’s arrival in Moscow. On October 24, Giuseppe Conti held a meeting with President Vladimir Putin and his Russian counterpart, Dmitry Medvedev. It was Putin’s first meeting with the current head of the Italian government. The Kremlin hopes to tighten its cooperation with Italy’s new government, considered as the most Russia-friendly government in the European Union. Thus, Conti’s trip to Moscow will give impetus to the political partnership as the economic cooperation between the two countries keeps flourishing. According to the data provided by Russia’s government, between January and August 2018, trade turnovers between Italy and Russia came to 17.4 billion dollars, which constituted a 14.8-percent rise compared to the analogous period in 2017. Russian exports amounted to 6.9 billion dollars, noting an increase of 10.9 percent, while its imports reached as much as 10.5 billion dollars (a growth of 11.8 percent).