The country receives some €62 billion from oil, gas and coal exports in two months, with Germany being the largest importer. 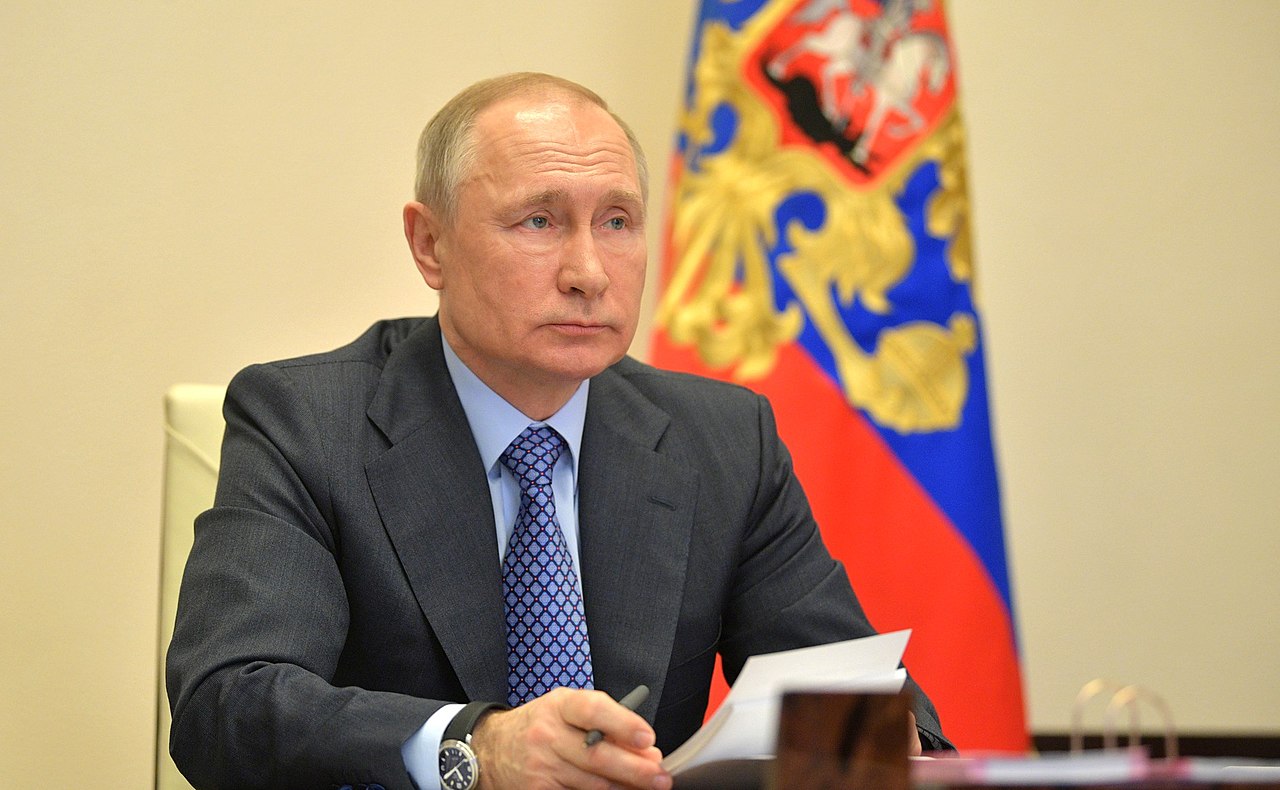 The Kremlin has nearly doubled its revenue from fossil fuel sales to the European Union during the two-month war in Ukraine, benefiting from rising prices even with low volumes.

Oil, gas and coal exports accounted for around €62 billion in the two months since the invasion began, according to a report by the Center for Research on Energy and Clean Air (CREA). (https://energyandcleanair.org/wp/wp-content/uploads/2022/04/Fossil -fuel-imports-from-Russia-first-two-months-of-invasion.pdf)

The EU bought 71% of Russian fossil fuels through shipments and pipelines, imports meant some €44 bn during the last two months, compared to €140 bn for all of last year, or approximately €12 bn per month.

Nonetheless, Moscow has been able to continue having benefit from its stranglehold on Europe’s energy supply, even as governments have frantically tried to prevent Vladimir Putin from using oil and gas as a blackmail weapon. Their income has increased by being able to demand higher prices for their fuels, even as sanctions and export restrictions remain in place. Putin has effectively caught the EU in a trap where more restrictions will push prices even higher.

The following graph orders importers from highest to lowest in billions of euros, covering the period from February 24th to April 24th, 2022. 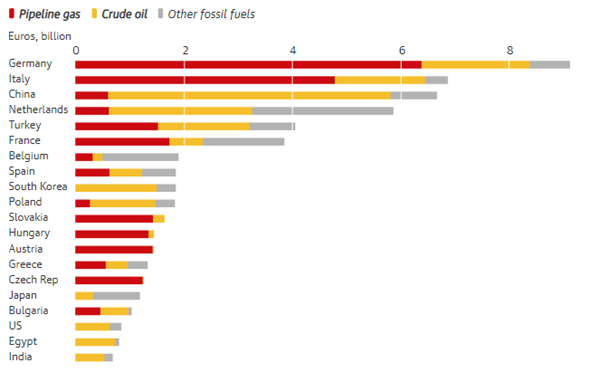 Germany was the biggest importer in the past two months, despite repeated government statements to seek to stop dependence on Russian oil as a priority. The country paid more than €8 bn for imports during the mentioned period. Italy and the Netherlands were also big importers, at around €6.9 bn and €5.6 bn respectively, but as those countries operate major ports, the imports were likely used elsewhere.Instead of making strategic decisions to be less dependent on Russian resources – as Poland has done by building the Baltic Pipe (https://warsawinstitute.org/polands-plan-challenging-russian-gas-dominance/)- Germany had no better idea than closing its nuclear power plants and move forward with the construction -and subjugation- of Nord Stream 2.

Energy independence is essential to avoid blackmail from any country. A similar situation is going through Spain with Algeria, who threatened to cut off the gas supply if the Sánchez government diverts it to Morocco. (https://www.france24.com/en/africa/20220428-algeria-threatens-to-scrap-gas-contract-with-spain-amid-tensions-with-morocco)

Those governments seeking to be sovereign must take the appropriate strategic political decisions, otherwise they will continue on their knees in front of the countries that possess resources.