Russian authorities have consistently striven to expand the country’s influence on African soil, through both economic cooperation and arms exports and military presence in African countries. The presidents of Russia and the Republic of Congo have inked a bilateral agreement on dispatching Russian military specialists to the latter country while the official representation of the Russian army was established in the Central African government. 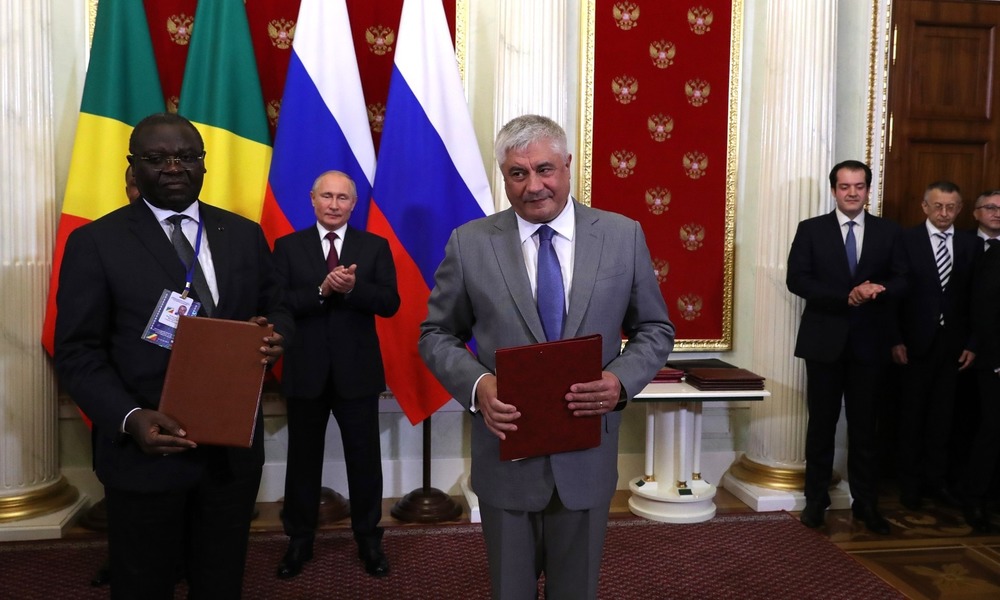 On May 23, Vladimir Putin received his Congolese counterpart Denis Sassou Nguesso in the Kremlin where a bilateral agreement was signed between the two countries. Under the deal, Russia committed itself to send military specialists to the Republic of Congo who–as officially informed by the Russian side–will train Congolese soldiers and help to service Soviet-made munition. Deputy Defense Minister Alexander Fomin said that the contract in the first place concerned the maintenance and operation of Soviet-and Russian-made military hardware.

The Congolese army has in its inventory armored vehicles, artillery and helicopters. The recent agreement may serve as the first step to tighten arms cooperation between the two countries. TV Zvezda, the Russian Defense Ministry’s official channel, has informed that Russia and the Republic of Congo have discussed possible supplies of Russian-made military hardware.
Kremlin spokesman Dmitry Peskov said Russia is sending military specialists to service Russian-made military equipment there, dispatched to the Republic of Congo sometime ago. It is unknown how many Russian troops will eventually be deployed to Congolese soil nor is it sure that what has been officially stated will be the sole purpose of their stay in Africa, as exemplified by Russian military involvement in other African countries.

Russian private military companies so far have been reported to operate in several African states, including Sudan and the Central African Republic. Moscow sent to the latter country contractors from the Wagner Group, a mercenary army, to safeguard the exploitation of mineral deposits by Russian companies yet the official reason is to provide the local government with support in its struggle against Islamists. Although Russian troops have been present in the Central African Republic for more than a year, it was only recently that a special department tasked with representing the Russian army was established as part of the Central African Defense Ministry. Financed by the Russian state, the body consists of five people. This step has corroborated ever-increasing cooperation between Moscow and the CAR as a country playing a pivotal role in the Russian plan to expand its influence in Africa, also due to its geographical location.