A recent poll has shown a decline in popular trust in Russian President Vladimir Putin, with the president’s popularity having dropped in May to its lowest level since 2006. The results do not pose an immediate problem for Putin, who won a landslide election victory, securing a new mandate in March 2018, yet could impel Russian elites to think what will happen next after Putin’s second term in office expires in 2024. 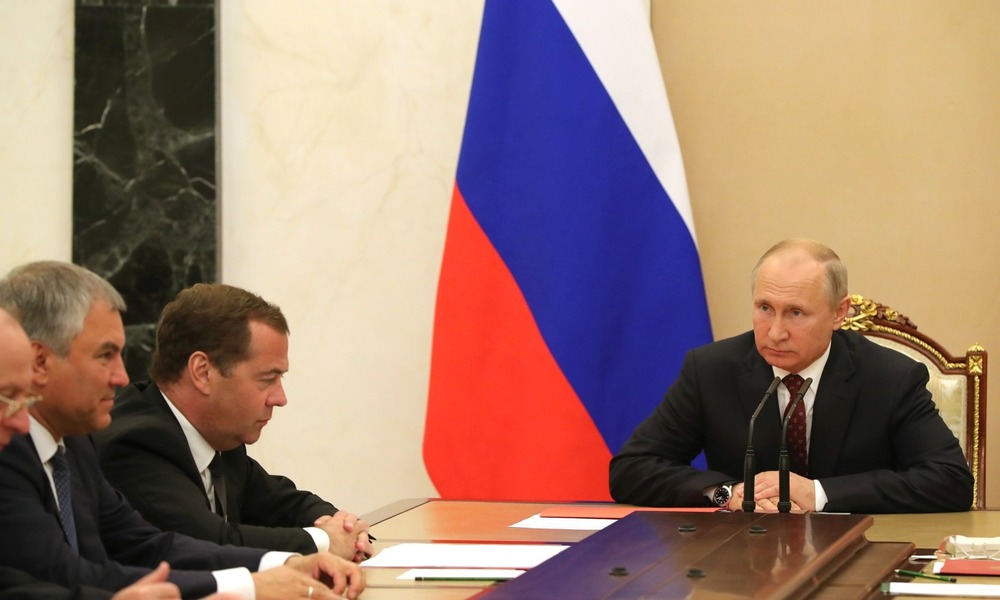 A poll released on May 24 by Russian state pollster VTsIOM found that Russians’ trust in Putin had dropped to 31.7 percent, compared to 33.4 percent in January 2019. Despite the decline in trust, the president’s overall approval rating has remained steady at 65.8 percent.
Defense Minister Sergei Shoigu and Foreign Minister Sergei Lavrov continue to rank as Russia’s second and third most-trusted politicians, getting 14.8 percent and 13 percent respectively. The president’s trust rating rocketed in July 2015 following Russia’s annexation of Crimea (71 percent) and began to plummet in May 2018 (47.4 percent), mainly due to the recession (decline in the standard of living), the increase in the VAT rate and the unpopular pension reform. Only 33.4 percent of Russians declared their trust in the president in January 2019, compared to 32 percent in March.

Putin’s bids to reverse this negative tendency so far have turned out to be doomed to fail; neither his war rhetoric nor attempts to intimidate Washington with nuclear war and to brag about Russian-made ultramodern weaponry proved helpful, though. Neither was effective the Kremlin’s change in its hitherto policy and promises to focus on social issues, as declared by Putin in his presidential address to the Russian Federal Assembly in March 2019. Several Russian regions have recently experienced mounting tension while its inhabitants have been staging protests, such as in Ingushetia where people objected to a border deal with Chechnya or in Arkhangelsk Oblast where locals revolted against a planned landfill state in the city. To make matters worse, authorities in Yekaterinburg withdrew from a controversial plan to build an Orthodox church in a popular park after local residents had opposed to the idea. Also, Putin has had no international victories to boast about, distracting the people’s attention from domestic issues. Russia is deeply plunged in conflict with the United States while Donald Trump has, according to Moscow, failed to meet the Kremlin’s hopes. In fact, Putin has no room to maneuver to improve his popularity ratings. The sole solution is to get ready for mass protests, with Russian power structure currently being strengthened, and to come up with the least risky idea to solve the problem of Putin’s leaving office in 2024, making him preserve power in the country after his second consecutive term in office expires, as the third one is banned by the Russian constitution.