The situation on the global oil market was one of the topics in the agenda of this year’s edition of an economic forum in St Petersburg. The head of the largest Russian state-run oil company considered U.S.-led policy as the main nuisance to the global energy market while the CEO of the country’s most prominent private-held firm said what could become an optimal crude oil for Russia. It overlaps with the price earlier suggested by Russian President Vladimir Putin yet is much lower than that anticipated by Saudi Arabia, Moscow’s principal oil partner. Three weeks ahead of the OPEC+ summit it is yet still unclear whether current output cuts will be maintained in force. 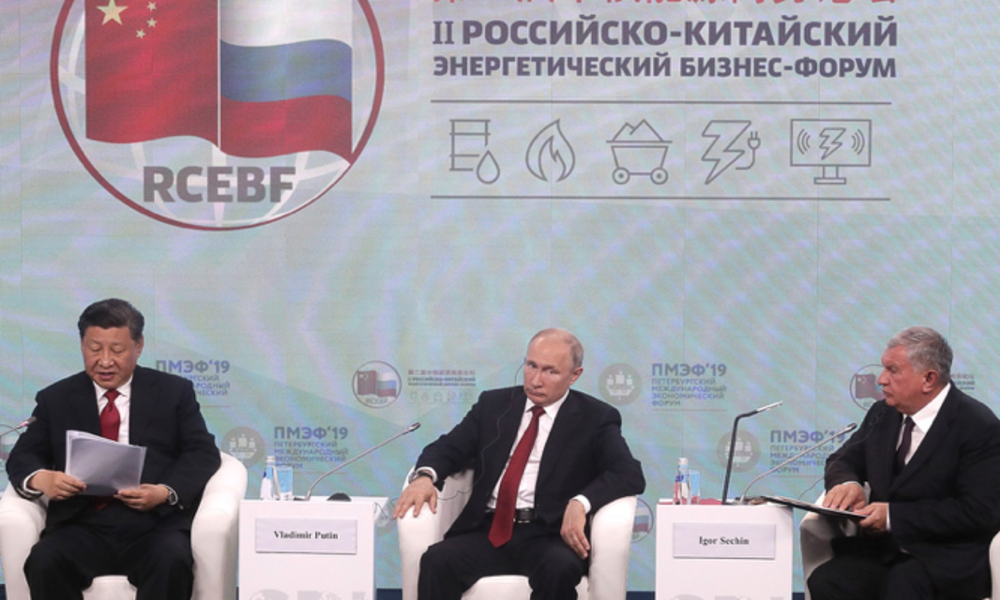 St Petersburg International Economic Forum, which was held on June 6–8, gathered top Russian businessmen and politicians with their foreign partners. This year’s edition was attended by 3,500 foreign guests from over 140 countries. Also taking part in the plenary session were Putin’s most distinguished guests: U.N. Secretary General Antonio Guterres and Chinese leader Xi Jinping. Naturally, the event brought together Russian finance and economy ministers as well as the head of the Russian central bank, not to forget managing directors of the country’s largest banks and corporations, including Rosneft’s CEO Igor Sechin. Speaking during the first day of the forum, he accused the United States of using policy, to which he referred to as “being the main troublemaker for the global energy market.” He added that Washington intends to shift the world’s political and economic spheres by thwarting decades-long market links and that the United States uses sanctions against energy producers to make their domestic companies increasing oil production in Texas expand on global markets. U.S. crude output has rocketed this year to 12 million barrels a day in a move that surpassed Russia’s oil production. Addressing the audience, Sechin said that Texas production alone will reach 5 million barrels a day this year, a volume that exceeds the combined oil production of Iran, Venezuela, and Libya. Rosneft’s chief executive said that Washington’s sanctions on Iran and Venezuela, OPEC member states and the world’s leading oil producers, were not incidental.

On June 5, Brent crude fell below $60 a barrel ($59.45) after it was revealed that U.S. crude supplies had grown even though U.S.-based oil companies had hit a record 12.4 million barrels per day. Lukoil’s CEO Vagit Alekperov said that for Russia it will be most satisfied with $60–70 per barrel, admitting that Russia can rapidly boost its output capacity yet this should be tackled cautiously while taking into account the current downward price tendency. “There is no point increasing oil output,” Alekperov told the audience. Putin has, however, refused to take his stance on the issue. Speaking to journalists on June 6, the president said Russia does not need too high crude prices, adding that a price of $60-$65 a barrel suits Moscow best. And the Russian budget implies an oil price of $40 per barrel. But pricing an oil barrel at $60 is not at all satisfactory for OPEC and Saudi Arabia, with the latter hoping a crude barrel to trade at $85 to balance its budget. For its part, Moscow has not yet specified a stance it would adopt during the OPEC+ summit scheduled to take place on June 25-26. Sechin earlier said that Rosneft had held talks with the Russian government to compensate for all losses if OPEC+ remained committed to extending the oil output restriction until the end of the year. Lower oil output and exports exerted an impact on Russia’s 2019 economic growth forecast by the World Bank, according to which it would drop to 1.2 from 1.5 percent of the country’s GDP.