The Russians will start to extract oil in the Kurdish part of Iraq at any moment, as confirmed by reports from both sides of a deal concluded in October 2017. At that time, Russia’s oil company Rosneft purchased 80 percent of shares in five oil fields. From the very beginning, the agreement was widely criticized by the government in Baghdad. However, the Russian oil giant did not seem to care about it. 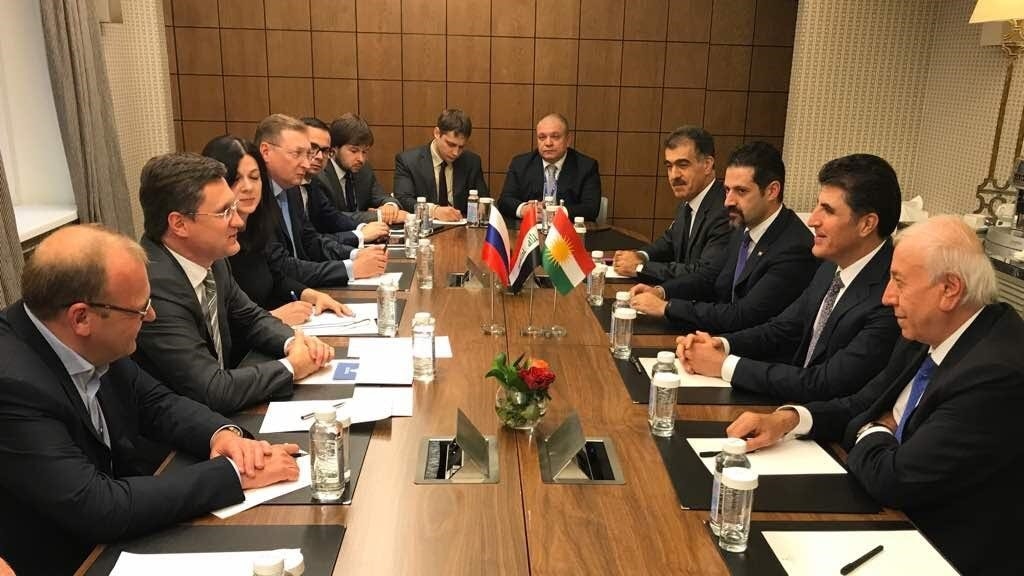 It is all about the implementation of the contracts signed in October 2017. The entire process is expected to occur till the end of this year. Last autumn, Rosneft concluded a deal with the Kurdistan Regional Government regarding the purchase of shares (80 percent) in five oil deposits. The transaction would amount to 400 million dollars. The total reserves of the fields are estimated at around 670 million barrels. The Russian company may start mining works in August this year at the oil fields of Batil, Zawita and Chamanke. It is expected that the total production will amount to 180,000 barrels per day, which would mean a 3.4-percent increase in Rosneft’s total output. Nonetheless, these are only some official reports by Kurdish media. But a representative of Rosneft announced that the company intended to operate at the oil deposits of Batil, Zawita, Qastok, Harir-Bejil and Darato.

So Rosneft has intention to implement contracts whose legality has long been questioned by the authorities in Baghdad. Such was the last year’s claim of the Iraqi parliamentary committee on oil and energy. And in January this year, the Secretary General of the Iraqi government announced that the authorities in Baghdad would not accept any deals concluded between Rosneft and the Erbil government. However, the Russian company insists that, in the light of the current Iraqi law, it is entitled to negotiate with both Baghdad and Kurdish autonomy.

Over the past year, Russia has invested four billion dollars in the oil and gas sector in Kurdistan, much more than the United States, and it has become the largest foreign investor in northern Iraq. In February this year, Rosneft has announced that it would finance a two-year contract for the purchase of Kurdish oil in advance. In June, another contract was signed, this time for 20 years, according to which, Rosneft was supposed to buy Kurdish oil that will be processed in German refineries. In fact, Rosneft subsidizes the economy of the Kurdistan Regional Government (KRG). In 2017, the company paid the government of Iraqi Kurdistan 1.3 billion of advances under a contract for the supply of oil. The Russians spent a lot of money on purchasing oil, exploiting deposits and controlling oil pipelines that connect the Iraqi Kurdistan with Turkey. Such activities met with a strong opposition from the Baghdad government as it claimed the right to a decisive vote on oil exports from the autonomous Kurdistan region. And he managed to get his own way – in the autumn 2017, a rapid military operation carried out by the government forces made the Kurds forget about their dreams about both political and economic independence. The Sechin-governed company has already invested so much in Kurdistan that it does not care about any Iraqi objections anymore. Moreover, Baghdad will not enter into conflict with Russia. Under the current regulations, Iraqi Kurdistan should sell all the oil extracted on its territory through the Iraqi center. And Baghdad provides the KRG’s budget with a 17-percent profit from the sale of the raw material. And Iraq is likely to apply the same mechanisms while negotiating deals between Rosneft and the KRG.