The new year has brought some new decisions aiming to strengthen the National Guard of the Russian Fedration, which seems to confirm that the Kremlin wishes to provide it with a key role in the regime’s security apparatus. There are some signals that seem to announce the beginning of a harsh competition within the Russian security apparatus, including the construction of anti-drone groups, the probable increase in the size of the formation as well as the consolidation of spetsnaz units. All of them constitute a response to the FSB’s, so Rosgvardiya’s main rival, December offensive. 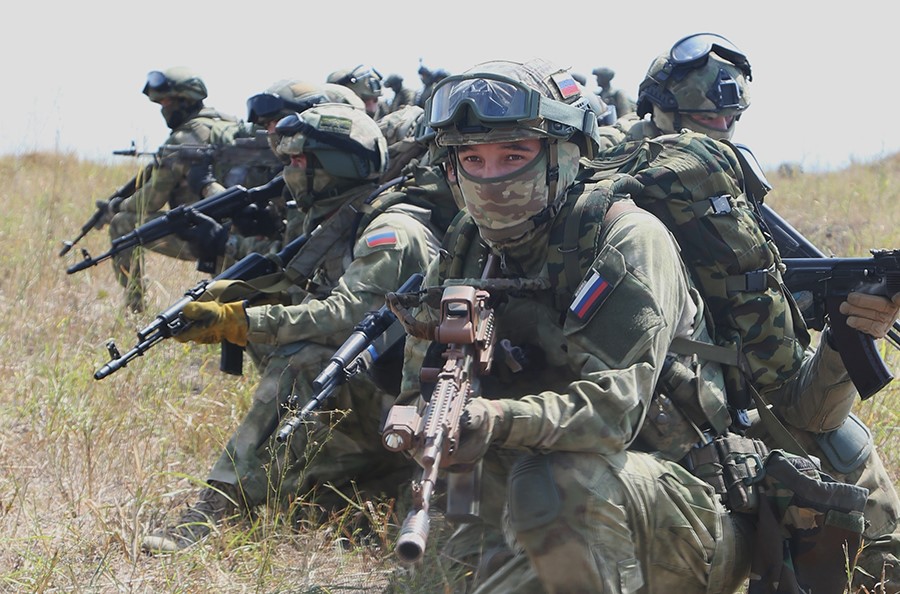 In our latest report, we wrote that one of the biggest challenges the Federal Security Service would face was further strengthening of the position of the National Guard (Rosgvardiya). Recent events only seem to confirm such a state of affairs, especially when it comes to changes regarding the Rosgvardiya spetsnaz units, which should seriously be troublesome for the FSB as the service could consider its monopoly on anti-terrorism activities as one of its greatest advantages over the National Guard. It may change after the reform of Rosgvardiya spetsnaz, though.

In 2016, the subunits of police spetsnaz as well as Internal Forces of the Interior Affairs were incorporated into the Federal National Guard Service (FSVNG, Rosgvardiya, National Guard); however, the first organizations differ in the level of training, the type of performed tasks and legal status of officers/soldiers. Today, Rosgvardiya spetsnaz is divided into two major units, namely police and military ones. The former is primarily used as riot police (OMON) as well as it combats against organised crime (SOBR) whereas the latter (represented by Independent Special Designation Brigade, referred as OBrON, and Special Purpose Forces, also known as OSpN) is designed to fight illegal armed groups. Thus, Rosgvardyia has undertaken the necessary steps to unify spetsnaz units. All special military units will be subordinated to one command as well as they will be trained according to one system. The next step will be the unification of the legal basis for the work/service of spetsnaz officers since, everyone should function in a military legal environment instead of the one related to the police.

As a result of the consolidation, Directorates of Rosgvardiya Special Forces (USpN) will be established. They will be organized according to a territorial criterion as well as they will be responsible for specific regions. Moreover, they will be commanded by the Main Directorate of Special Forces, established in the spring of 2017. The USpN will be composed of spetsnaz units as well as aviation; more precisely, special aviation division that has previously been transferred to Rosgvardiya from the Ministry of Interior. Such a concentration of Rosgvardiya spetsnaz aims to increase its mobility and efficiency. New units will be able to be rapidly transferred to various parts of the country in order to perform different duties such as suppressing mass riots or detaining criminals and terrorists. Within the FSVNG spetsnaz units, special anti-drone groups will be created. They will be deployed in the vicinity of important buildings.

The creation of unified and efficient spetsnaz will strengthen the role the body has been assigned to by the Kremlin, namely it will serve as the main anti revolutionary force of the regime. It seems that it will count many more troops. At the beginning of this year, Vladimir Putin, with his presidential decree, determined the new maximum number of staff of the Ministry of Internal Affairs, which would count 894,871 employees. Thus, the layoff affected 10 thousand people represented exclusively by traffic police employees. Vacant positions will probably be assumed by Rosgvardiya officers.