Is Revival Of Normandy Format Possible?

Talks in the Normandy format, which brings together Ukrainian, Russian, German, and French officials to help end the conflict in Donbas, have stalled. It is painful for Moscow whose top officials expected that Berlin and Paris would force Kyiv into putting the Minsk agreements into practice. As the Kremlin is seeking to turn to Washington to solve the problem, Ukraine is looking for some balance, highlighting the importance of the Normandy format. What poses a bigger threat to Kyiv is a pile of potential concessions from the Joe Biden administration. 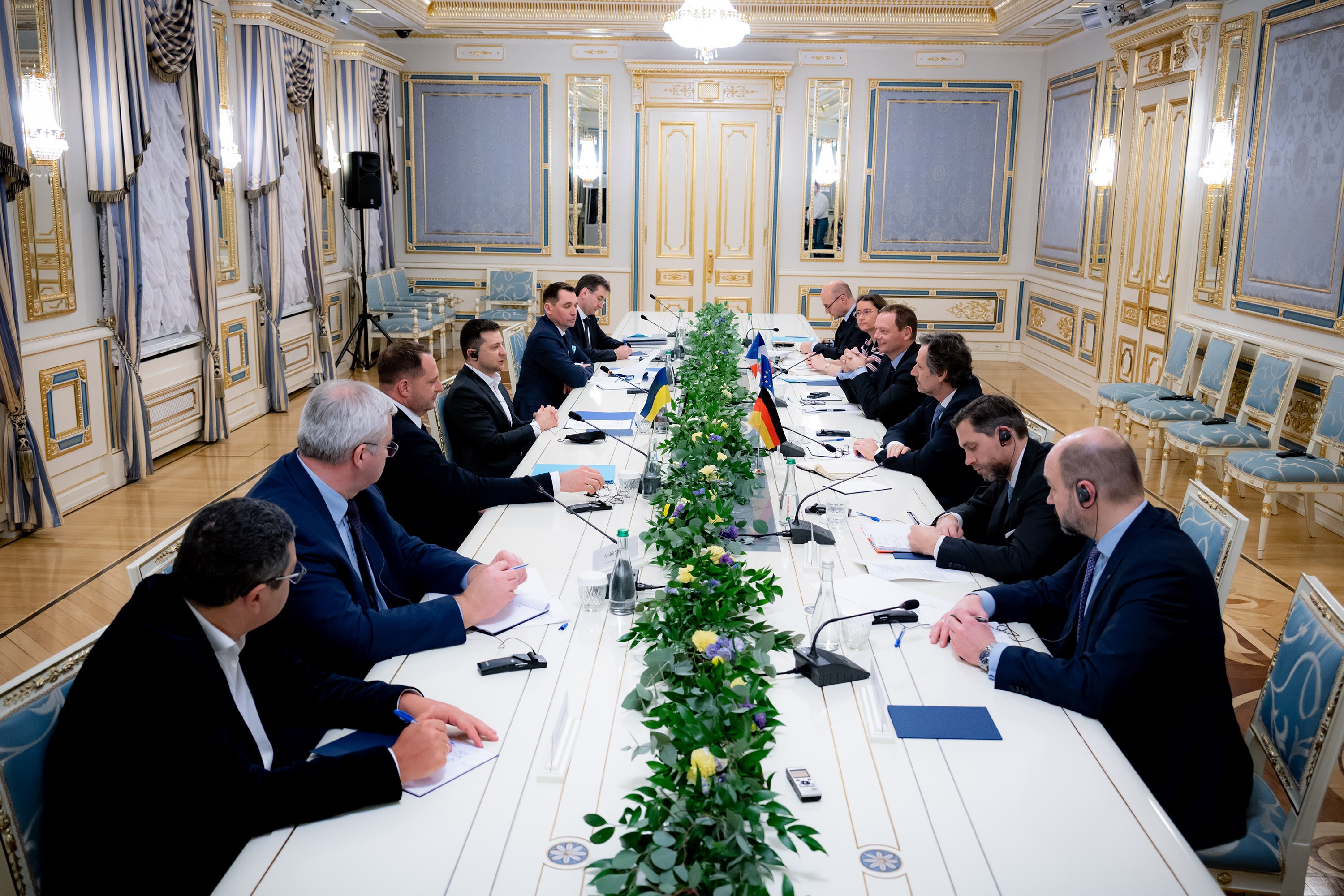 The foreign ministers of Germany and France announced a new attempt at mediation between Russia and Ukraine. Annalena Baerbock and Jean-Yves Le Drian will visit the demarcation line in Donbas in the wake of EU foreign ministers held on January 14 in the French western city of Brest. The top German diplomat will meet Ukrainian President Volodymyr Zelensky and Ukrainian Foreign Minister Dmytro Kuleba on January 17. She will then travel to Moscow to meet her Russian counterpart, Sergei Lavrov. On January 11, Zelenskiy and the head of his office, Andriy Yermak, met in Kyiv with advisers to German Chancellor Olaf Scholz and French President Emmanuel Macron. The two men had earlier been to Moscow. “Ukraine is ready to take the necessary decisions to end the war in its eastern Donbas region at a new summit of the leaders of Ukraine, Russia, France, and Germany,” Zelenskiy said. German Chancellor Olaf Scholz’s foreign policy adviser Jens Ploetner and French President Emmanuel Macron’s discussed the security situation and efforts to defuse tensions that run high between Russia and Ukraine. Officials in Kyiv fear that the United States and Russia could make some unpopular decisions behind their back. It seems appropriate to play the European card, a solution that did little to Ukraine in the past but could be useful in the face of concessions.