On March 22, the European Union, along with the US, Canada and the United Kingdom, imposed personal sanctions on four Chinese officials responsible for repression in the northwestern province of Xinjiang. This was the first such act since the Tiananmen Square massacre in 1989. In retaliation, Beijing introduced penalties on the members of the European Parliament, scientists and research centers that criticized the activities of the CCP. As a result of Chinese actions, the ratification of the China-EU Comprehensive Agreement on Investment (CAI) would be much more difficult. The confrontational diplomacy of Beijing is yet another reason for closer transatlantic relations, a priority of the Biden administration. 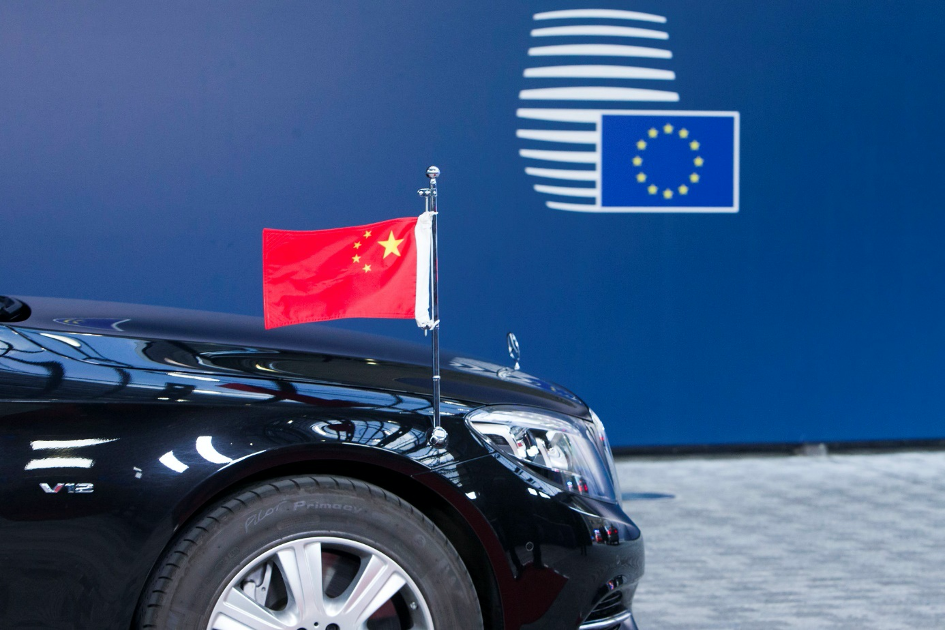 The sanctions imposed by the European Commission comprise a travel ban and asset freeze on four Chinese officials involved in the repression of minorities in Xinjiang. They include: Chen Mingguo, Director of the Xinjiang Public Security Bureau; Wang Mingshan, member of Xinjiang’s Communist Party Standing Committee; Wang Junzheng, Secretary of the Party Committee of the Xinjiang Production and Construction Corps (XPCC) as well as Zhu Hailun, former deputy party secretary in Xinjiang.

In retaliation, the Chinese side decided to impose sanctions on 10 persons and four entities on the EU side who, according to the statement of the Ministry of Foreign Affairs, “severely harm China’s sovereignty and interests and maliciously spread lies and disinformation.” The sanctioned individuals comprised Reinhard Butikofer, Michael Gahler, Raphaël Glucksmann, Ilhan Kyuchyuk and Miriam Lexmann, MEPs known for criticizing Chinese policies. Moreover, the list included three parliamentarians: Sjoerd Wiemer Sjoerdsma (the Netherlands), Samuel Cogolati (Belgium) and Dovile Sakaliene (Lithuania) as well as two researchers, one from Germany and the other one from Sweden. The sanctioned entities encompassed the Political and Security Committee of the Council of the European Union, the Subcommittee on Human Rights of the European Parliament, the Mercator Institute for China Studies in Germany and the Alliance of Democracies Foundation in Denmark.

The decision of the Chinese authorities considerably damaged their image and led to the consolidation of the Western bloc. The possibility of ratifying the Comprehensive Agreement on Investment (CAI), negotiated in December and January, has also clearly diminished. The European Parliament cancelled a meeting planned for March 23, devoted to the ratification and future implementation of the Agreement. In China, Europe and the USA, the CAI was seen by as a victory of the Chinese diplomacy, accomplished just before Joe Biden’s presidency. The Agreement was expected to hinder the process of rebuilding transatlantic relations and increase the scale of economic interdependence between the European Union and China. Beijing’s retaliation, without any substantial reference to the allegations, is a sign of short-sightedness and misunderstanding of the specificity of democratic states. The imposition of sanctions on individuals and institutions that have pointed out actual and serious human rights violations makes it nearly impossible to explain the signing of the Agreement to the public. The presidents of more than 30 European think tanks, among others, defended the individuals and institutions that are subject to sanctions. They indicated that maintaining dialogue in hard times is essential for mutual understanding. Moreover, the conduct of Chinese diplomacy provides an insight into the nature of an international order in which China will play an increasingly important role. Contrary to the narrative of a “peaceful rise” and a “community with shared future for mankind,” promoted by Beijing, the adopted sanctions indicate that China will seek to guarantee its interests unilaterally. Beijing’s confrontational diplomacy and economic policy will support Washington’s strategic agenda, resulting is stronger strategic relations with current allies (Australia, Japan, the EU) and acquisition of new vital partners (India).

Additionally, on March 26, Beijing attacked H&M, a clothing conglomerate, which ceased to order cotton and other materials from Xinjiang province due to human rights violations in this region. Consequently, the Swedish corporation H&M was removed from applications and online sales platforms while a boycott campaign against it was launched on the Internet in China. Several well-known members of the Chinese show business have resigned from the positions of brand ambassadors. Western companies such as Nike, Adidas and Zara (Inditex), which have addressed the situation in Xinjiang in the past, have faced similar retaliations, yet on a smaller scale. Beijing’s behavior is reminiscent of actions taken against South Korean car manufacturer Hyundai after authorities in Seoul approved the installation of the US THAAD missile defense system in 2016. The attempt to remove a major Western corporation from the market due its political position is also a sign of limited market reforms in China, where the Party line is still dominant. Subordinating the economy to the CCP’s political goals undermines the credibility of the guarantees and commitments given by Beijing which will prevent the establishment of comprehensive agreements in the future. The use of market access as an instrument of political struggle highlights the risks associated with operating in the Chinese market and deepening the interdependence between the EU and China.