All Quiet on the Jerusalem Front

Recently, the world’s media have been abuzz with reports of yet another escalation of tensions between Israel and the Palestinians. One of the longest and most complex ongoing conflicts around the globe has once again manifested its presence to the public. Since May 10, thousands of rockets have already been launched from the Gaza Strip at Tel Aviv, among other targets. Israel immediately responded to Palestinian rocket fire. Hundreds of civilians have already lost their lives from the clashes. What factors have led to the renewed escalation of the conflict? 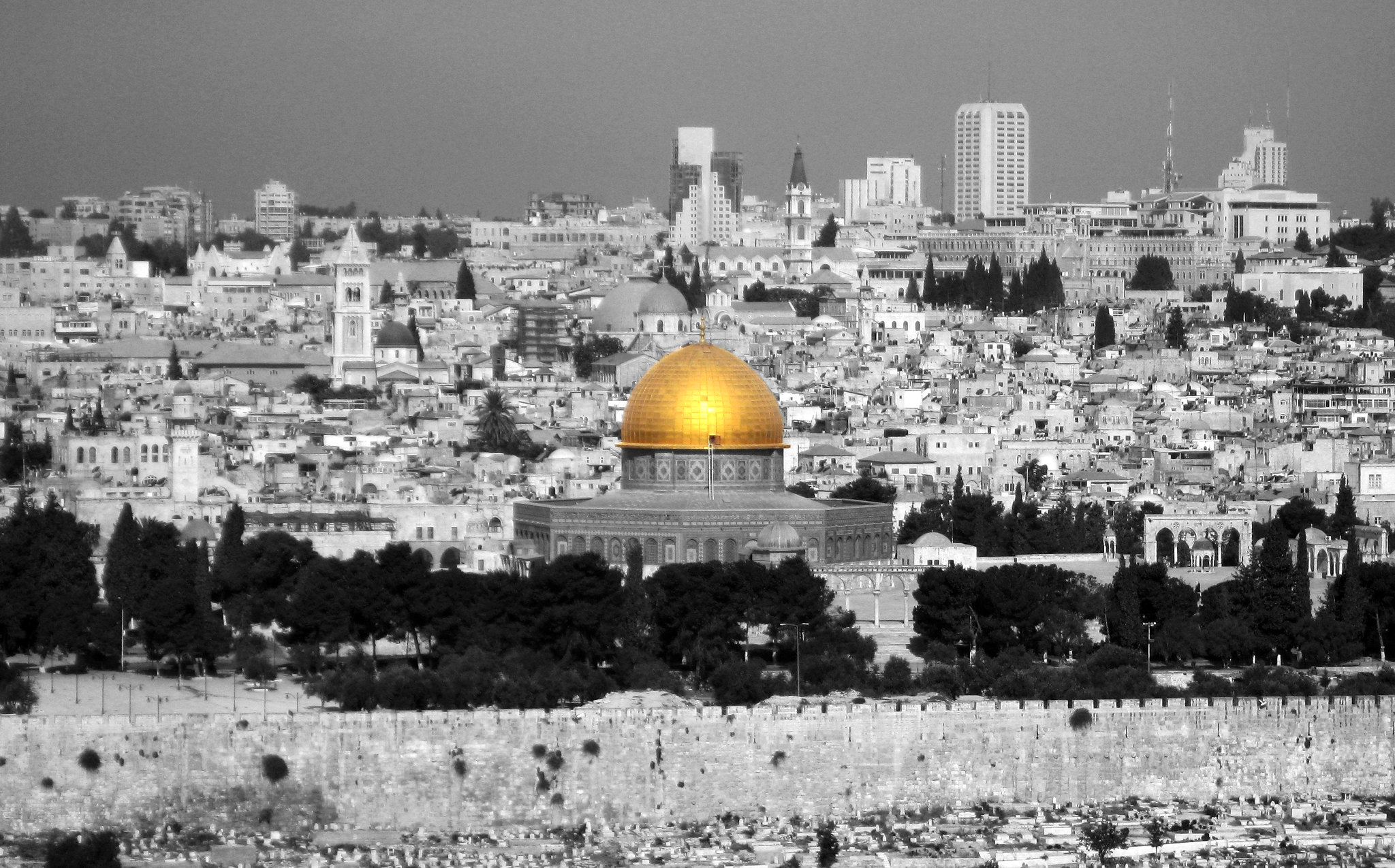 The turn of April and May each year is a “hot” time in the Middle East. This is the time of celebration of both Israeli Independence Day and the so-called Nakba Day, i.e. the day of the “catastrophe”, as the Palestinians call it, as a result of which many of them were expelled or forced to leave their homes. Concurrently, another Israeli holiday takes place, which is perceived by the Palestinians in a completely different way – Jerusalem Day, commemorating the occupation of the eastern part of the city by Israel during the Six-Day War in 1967. That was when the West Bank and the Gaza Strip, which had been controlled by Jordan and Egypt respectively between 1948 and 1967, were occupied by Israel. This marked the beginning of the occupation which continues to this day. In Israel and Palestine, all the aforementioned events are always opportunities for demonstrations and riots of both the Palestinians and Israelis, especially far-right supporters. Moreover, this year’s ”schedule” coincided with Ramadan, the most sacred month in Islamic culture. Muslims gather then in large numbers in mosques (especially on the last Friday of the month) which, accompanied by tense social climate, has in the past oftentimes fueled outbreaks of protests, not only in Israel and Palestine. And indeed, a tense situation (more than usual) has certainly been the case in recent weeks.

The current escalation of the conflict is also related to the political crisis in both Israel and Palestine. Israel has held parliamentary elections four times in the past two years, the most recent at the end of March this year. Each time, no party has won enough seats in the Knesset to formulate a government with a stable majority. Subsequent coalition talks have failed, including those already underway during the clashes. On the other side, the first elections to the Palestinian Legislative Council in 15 years, originally scheduled for May 22, were postponed on April 29. According to some commentators, this was due to President Mahmoud Abbas’ fears that the ruling Fatah party (which originated from the Palestine Liberation Organization) might lose ground. It is hard to say to what extent these claims are true, but the fact is that in recent years, tiredness and disillusionment with Fatah can be observed among the Palestinians, especially among the younger members of society (Abbas himself will turn 86 this year).

The immediate cause of the current events, however, is the pending dispute in an Israeli court over the ownership of apartments in the Sheikh Jarrah neighborhood of East Jerusalem. Prior to 1948, some of them were owned by Jewish trusts, however, after the establishment of Israel and the war that accompanied it, these areas came under control of the Kingdom of Jordan (then Transjordan). As already mentioned, these events were accompanied by demographic changes on both sides – the Arab population was largely forced to leave the areas that became part of Israel, and likewise the Jewish population, including those living in East Jerusalem and the Sheikh Jarrah neighborhood, had to abandon their homes and were replaced by Palestinian refugees settled by the Jordanian authorities. With the occupation of the area by Israel in 1967, a dispute began over the legal status of the former Jewish settlements in Sheikh Jarrah. While by law and in the eyes of most of the international community, East Jerusalem remains an occupied Palestinian territory, Israel treats the entire city as one and recognizes it as its capital, applying Israeli law there as well. For this reason, among others, organizations representing Israeli settlers began to demand the restitution of the former Jewish land in Sheikh Jarrah and the eviction of the Palestinian refugees and their descendants living there. Beginning in the 2000s, under Israeli court rulings, there have been regular evictions of Palestinian families. The Israeli Supreme Court was expected to rule on the case of six more families on May 10, 2021. Due to the expected eviction order, tensions between Palestinian and Israeli residents increased. In addition, there have been numerous provocations by the Israeli far-right (e.g. marches during which shouts of “Death to Arabs!” were raised), especially representatives of the Otzma Yehudit (“Jewish Power”) party and the Lehava organization, directly accused by the Israeli police chief of aggravating the situation and leading to the current crisis.

The growing tension around Sheikh Jarrah began to result in clashes between the Palestinians and Israeli nationalists and security forces. Police actions provoked further, increasingly violent protests, which began to spread to other cities as well. Finally, on May 7, the last Friday of Ramadan, confrontations between the Palestinians and security forces took place at the Al-Aqsa Mosque on Jerusalem’s Temple Mount – one of the most important Islamic sites and a symbol of Palestinian resistance. A siege of several days essentially ensued, as many protesters barricaded themselves inside the mosque, from which police tried to forcibly eject them. In response to the increasing number of casualties and injuries on the Palestinian side, Hamas, or the Islamic Resistance Movement, joined the escalating violence on May 10. Hamas, who is de facto in power of the Gaza Strip, in a way took advantage of the entire situation to gain popularity and to present itself as the only true and firm defender of the Palestinian cause. The organization issued an ultimatum to Israel, calling for an end to attacks on protesters, otherwise threatening to launch rocket attacks. After the deadline passed, Hamas began shelling Israeli territory (including schools and residential buildings), to which Israel responded with its own weapons, which eventually resulted in the exchange of fire and images which we have seen in recent days.

It is worth noting that the current developments are nothing new, nor are they a “new phase” of the Israeli-Palestinian conflict. In its current form, it has continued uninterrupted since the aforementioned Six-Day War. The incidents that somehow led to the current escalation, such as the risk of losing the land, the mistreatment by security forces and many others, are in fact the day-to-day reality of the Palestinians living in the occupied territories. Protests, but also riots or acts of retaliation are therefore not uncommon. On many occasions, also Israeli civilians fall victims of retaliations, which further fuels the spiral of mutual violence and provokes brutal reactions of the security forces. It must be stressed, however, that these reactions and the relationship between Israel and Palestine are by no means symmetric. This can be seen, for example, in their resources and equipment, as well as the number of victims, the vast majority of whom are Palestinian, and finally the ratio of forces and controlled positions. The disproportion is particularly evident in the context of the Gaza Strip, which is totally dependent on Israel economically or in terms of water resources, moreover, it is densely populated and extremely vulnerable to civilian casualties in case of military operations.

The Israeli-Palestinian relations are therefore constantly tense and this time it was a combination of several of the factors mentioned above that caused the ongoing escalation of the conflict. Such situations have occurred many times in the past and are bound to recur in the future, as for the time being and even in the long run, the conflict is basically unresolvable due to many years of mutual hatred, prejudices, accusations and harms that only grow in numbers.