The second round of a regional election appeared to be disastrous for the image of Putin’s regime; in two cases, United Russia’s governors were beaten by their political opponents. In one of Russia’s regions, the hitherto governor was forced to withdraw while the ballot is supposed to be held once again some time later. But the biggest scandal erupted in Russia’s Primorsky Region whose local election commission announced the minimal victory of the incumbent governor; nonetheless, the election fraud, additionally fuelled by opposition protests, seemed blatant enough to make a decision to re-run the voting. 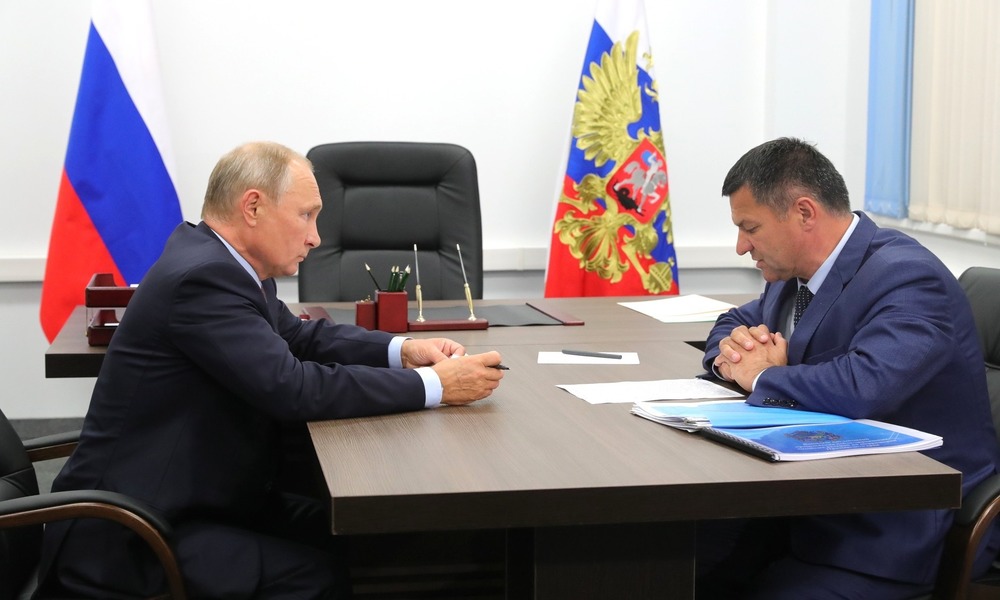 On September 11, Andrei Tarasenko was received in the Kremlin by Russia’s President Vladimir Putin; such visit constituted a very strong support for the United Russia’s governor. Nonetheless, even such meeting did not appear to be helpful while Putin seriously jeopardized his political image. With 99 percent of votes calculated on Sunday night, a communist candidate Andrei Ishchenko was trailed by Tarasenko by as much as 2 percentage points. Nonetheless, on Monday morning, the local electoral commission announced that Tarasenko had won by just over 1 percentage point; such state of matters would potentially mean that he had received almost every one of the 20,000 votes. Such massive electoral fraud could not be performed even in Russia – the more so that Ishchenko’s voters expressed their anger. Russia’s Central Election Commission made a decision to re-run the ballot in the Primorsky Region “due to numerous irregularities”. However, it is not known whether Tarasenko had been personally responsible for orchestrating the vote-rigging while the election commission did not even ask to recount the votes. Thus, the ruling camp will aim to play on time.

The Kremlin suffered defeat in the second round in three other regions; the governor of the Vladimir region Svetlava Orlova, elected in 2013, was beaten by the LDPR candidate Vladimir Sipyagin. Previously, Orlova had made a devastating mistake as she had publicly expressed its support for the government’s planned increase in the retirement age. Such attempt has not bee made by the United Russia Governor Vyacheslav Shport; even though, he had to succumb to the LDPR candidate Sergey Furgal. No second round could be performed in the Republic of Khakassia as the Viktor Zimin, the United Russia candidate, had eventually decided to withdraw. The second round is scheduled for October 7, during which voters will have to choose either politicians from the Communist Party or representatives of the left-wing A Just Russia. In three regions of Russia, where the election was won by the candidates of the parliamentary opposition (Khabarovsk, Vladimir, Khakassia), the Communist Party of the Russian Federation and the populist-nationalist Liberal Democratic Party of Russia will form coalition governments.

Asked about election results in the Vladimir Region and Kharabovsk Krai, Kremlin’s spokesman Dmitry Peskov stressed that “there was indeed an element of surprise”. There is no doubt that the results came amid widespread anger over the government’s plan to increase the retirement age. Nonetheless, one cannot forget about a popular trend, which had also been observed during the parliamentary elections, namely the ruling United Russia party and President Putin keep enjoying much lower popularity in the eastern part of the country. However, it is already too soon to announce any serious problems for the ruling team. The situation seems to be still under control; it may appear that current state of matters forms part of a broad political plan. The United Russia party loses its local power to the alleged opposition; until recently, much has been said that three parties of the so-called systemic opposition (communists, Zhirinovsky-led LDPR and A Just Russia) – which have their respective representatives in the State Duma – were slowly coming to their end. Now, it turns out they are still useful to the Kremlin as they may be used as a kind of “safety valve”. If the Russians, dissatisfied with the pension reform, have no intention to vote for the ruling party, they should be allowed to opt for the “opposition”, but not the real one as the regime keeps oppressing its representatives – as evidenced by the case of Alexei Navalny who had been imprisoned right after being released from the arrest.