The Putin-Xi meeting at a regional security gathering in Uzbekistan has seen a reinforced Chinese stance toward Russia. It is Russia’s Putin that seeks Chinese support amid a lingering war in Ukraine and painful Western sanctions. At the summit of the Shangai Cooperation Organization, the Chinese leader symbolically settled Moscow’s consent to influence Central Asia––not only economically. 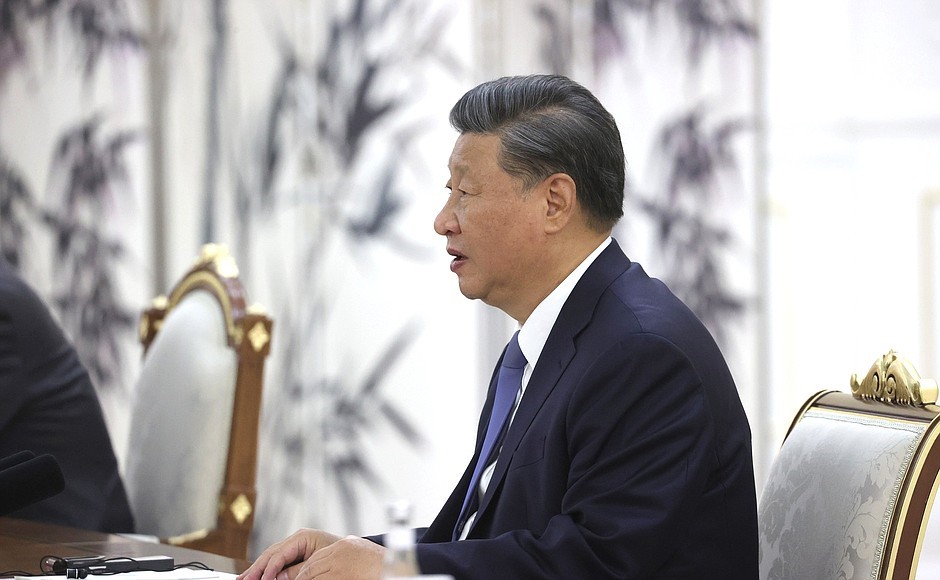 The Russian Security Council claimed on September 19 that Moscow and Beijing had agreed on “further military cooperation” with a focus on exercises and senior contacts. The Russian Security Council’s secretary, Nikolai Patrushev, was also back then on a visit to China for consultations. However, there was no immediate confirmation from the Chinese of the Russian Security Council’s announcement. This is a continuation of the Chinese wariness towards Moscow. Chinese President Xi Jinping has avoided condemning the Russian invasion of Ukraine. He has not openly supported it, either. Putin and Xi met on the sidelines of the regional security gathering in Uzbekistan on September 15, where both made typical declarations. The Chinese leader, however, did not change his stance on Russia. The point was to show the growing position of China, including its ties with Russia. “We highly value the balanced position of our Chinese friends when it comes to the Ukraine crisis,” Putin said at the meeting. That is all the Russian leader can count on. Beijing reaps the benefits from sanctions on Russia. Chinese goods snap up the Russian market once Western businesses have quit Russia. China buys Russian-sourced energy at discount prices, which Moscow must accept as it no longer has access to Western markets. Notwithstanding that, a lingering war and a weak Russian army must be what concerns China. If Western-backed Ukraine wins, China will be strategically weakened due to Russia’s defeat in the war against the United States. There would no longer be possible to involve Washington in a two-front war in Europe and Asia. Furthermore, the Chinese army could take a lesson from Russian military mistakes in Ukraine. China has long felt inspired by Russian military training and technologies and it has purchased Soviet- and Russian-made equipment. A Russian problem in its clash with the NATO-backed army shows that a possible attempt to seize Taiwan could not be as easy as Chinese generals had thought six months before. Beijing thus seeks not so much that Russia wins the war––instead, it hopes Russia will not lose. Indeed, China has exploited Moscow’s vulnerabilities, also in Central Asia. Xi declined a state invitation to Moscow while making his first post-pandemic foreign trip to Kazakhstan whose ties with Russia have soured somewhat. That was the signal sent out to the Kremlin. Putin has no other choice than to swallow a bitter pill, which is why he had agreed to meet with the Chinese leader who flew to Samarkand from Kazakhstan.