The State Duma, the lower chamber of the Russian parliament, has approved a law that gives the incumbent president the right to run for two more terms. Importantly, the new legislation resets all presidential terms held before the updates came into effect. This means that Vladimir Putin is eligible to serve as Russian president for two more terms once his current one expires. Also, the law effectively deletes Dmitry Medvedev’s term in office he held between 2008 and 2012. 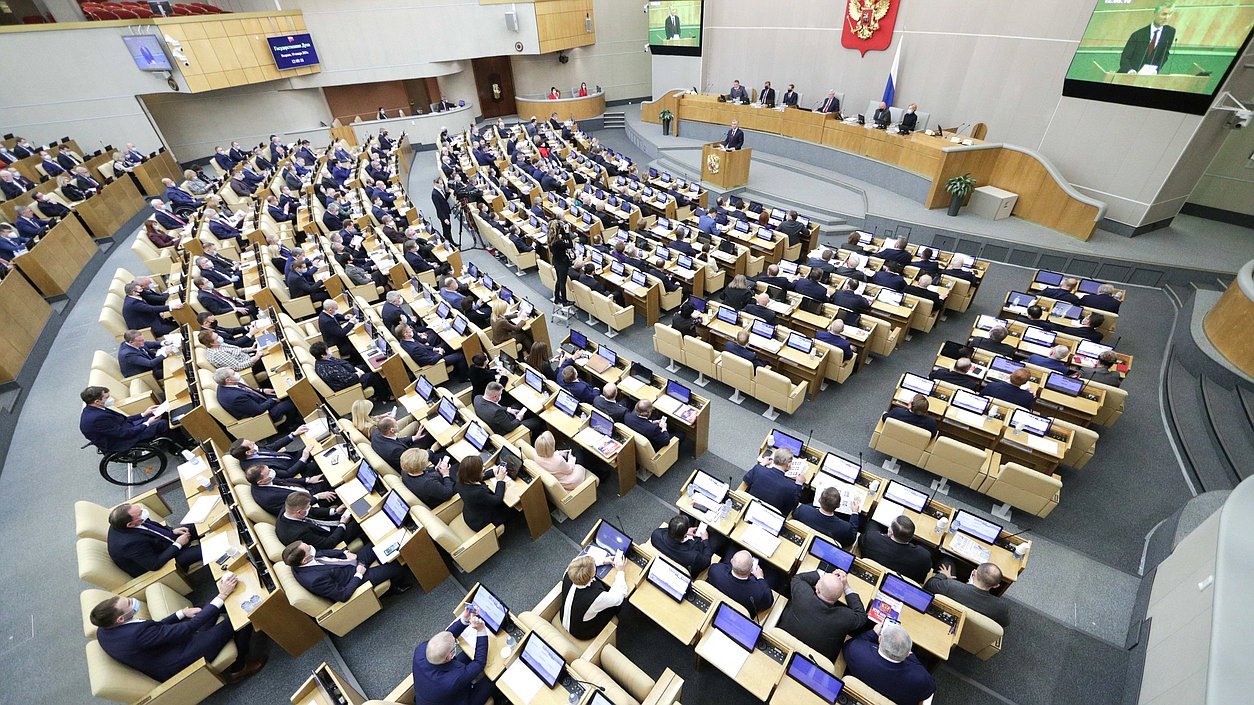 On March 24, the Russian parliament’s lower chamber approved the third and final reading of a bill allowing the president to seek a third term. Relevant provisions were introduced to the election law “On the election of the President of the Russian Federation.” The restriction does not apply to those who held the post of head of state before the amendments to the Constitution came into force. Thus both Putin and Medvedev will be eligible for two more terms. The document says that any Russian citizen who has had foreign citizenship or overseas residency permit is barred from running for the state’s highest office. The change in the number of presidential terms was included among other constitutional reforms that Russians backed in a vote on July 1, 2020. A candidate for office must be a citizen of the Russian Federation who is at least 35 years old, according to the law. The current legal updates are in the line with the process launched a year ago to consolidate Putin’s grip on power. In January 2020, Vladimir Putin submitted draft amendments to the Russian State Duma. The new legislation introducing a rule to zero the term-clock, theoretically allowing Putin to stay in power until 2036, came at the last minute while the State Duma approved amendments to the law in March 2020. The updates were finally adopted via the nationwide referendum that lasted a few days and ended on July 1. According to the results of a poll by the independent Levada Center, a pollster enlisted as an NGO under the recent law on foreign agents, 41 percent of Russians do not want Putin to stay in power after his current term expires in 2024. Half of those opposed to Putin’s next term say he has been at the helm for too long, is tired of his job, and needs to retire.