Pulaski, Kosciuszko and the Memory of the Sons of Liberty

Casimir Pulaski Day was celebrated in Illinois on March 1, 2021. This legal holiday was established on June 20, 1977 to commemorate Casimir Pulaski, a hero of the American Revolutionary War. This day is a symbol and a tribute of the American people to all the Poles who took part in the American War of Independence. What do we know about the involvement of Polish volunteers in the Revolutionary War and are those events remembered in light of ongoing sociocultural changes, more than 240 years after Pulaski’s death? 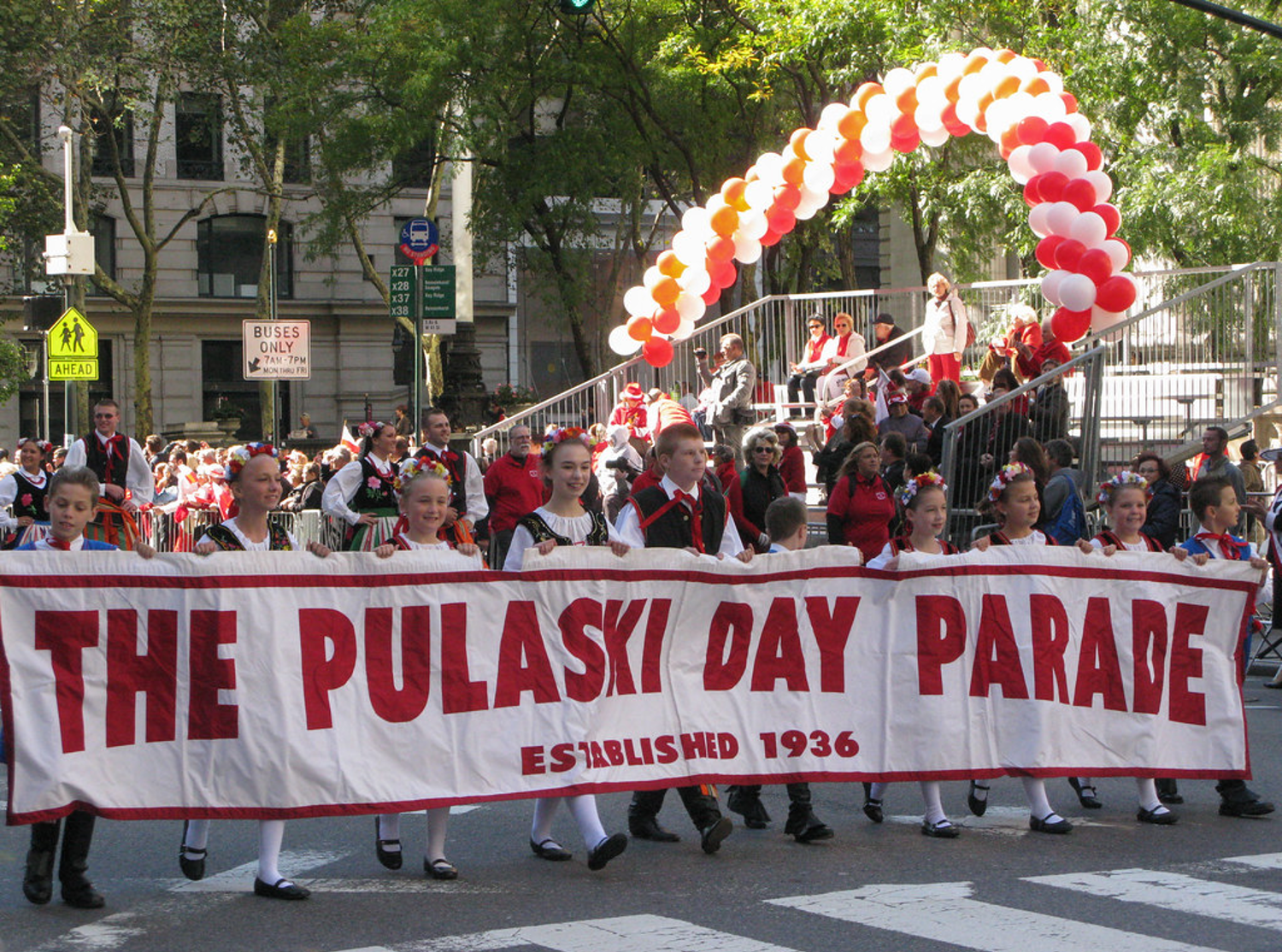 One of the first or even the first group of Poles to come to North America were Polish craftsmen from the Jamestown Settlement. They arrived on American soil as early as 1608. This means that they have done it 12 years before the Pilgrim Fathers who fled from England to Massachusetts aboard the renowned ship – Mayflower. Interestingly enough, in 1619 the Poles were denied the right to vote. As a result, they organized the first (documented) strike in the colonies of North America. Consequently, our countrymen were granted full voting rights. Over the years, more and more inhabitants of the Polish-Lithuanian Commonwealth came to the American colonies, integrating with the previous settlers to a various extent.

Speaking of the Polish people of the American Revolutionary War, we usually refer to Tadeusz Kosciuszko and Kazimierz Pulaski, mainly because little more is said about the others. The Continental Army composed of colonists and immigrants, the latter of which could be divided into two groups. One of them was the colonial emigration. It included generations of Poles who settled in the former English colonies over the centuries. However, during the American War of Independence their descendants served mainly in militia units or local armies and considered themselves American rather than Polish citizens. Nevertheless, respect for their ancestor’s homeland is evidenced by the fact that many of them kept Polish-sounding surnames or that some places received Polish names, such as county and town of Pulaski, located in the state of Virginia.
The second group of immigrants included Polish officers and privates who could not serve in the Polish army due to its pathetically small size as well as the Bar Confederates who were fleeing persecution and avoiding imprisonment. Among them were the heroes of the American army mentioned above, but also other figures who deserve to be remembered for the blood they shed in the fight for freedom. Maurice Benyovszky, known from Slowacki’s poem, is certainly one of them. As a member of the Bar Confederation, he was sentenced to exile in Kamchatka, from where he escaped and made his way to France. After numerous adventures, including the establishment of a colony in Madagascar or being a civil servant in Austria, he eventually set off across the Atlantic. However, it was not an easy task and before Benyovszky got there he was imprisoned several times by the English. When he finally arrived to the war-torn New World, he set off to find his Polish countryman, companion in Confederate war, and then already a brigadier general in the Continental Army – Casimir Pulaski. Benyovszky found him in Savannah, where the general died shortly afterwards as a result of wounds received in the battle. Maurice Benyovszky tried to establish a legion, similar to the one of Pulaski, yet the circumstances (the approaching end of the war) were unfavorable. We know that he left America and died in Madagascar in 1786. It is worth noting that Benyovszky was a Hungarian citizen, but he considered Poland to be his homeland – he moved there as well as shed blood and suffered exile for its cause.

There were more people like Benyovszky, but perhaps their stories were not as intriguing. Mieczyslaw Haiman, the pioneer historian of Polish Americans, lists 14 Polish officers who served in the Continental Army. Among them are surnames such as Zielinski, Kowacz, Kotkowski, Kraszewski, Terlecki, and a sonorous, though perhaps not very Polish-sounding name – De Bitzen. Six of them gave their lives for freedom.

The Polish community in the United States is the largest Polish diaspora in the world. It is estimated that over nine million Poles and Polish Americans live in America. Their presence is clearly evident, especially where Polish communities are the largest, i.e., in Chicago, Denver or New York. When wandering through these cities, we can encounter numerous traces of Polishness. Among them, perhaps the most recognizable are the Polish churches and monuments, which commemorate historical events or Polish statesmen. The remembrance of Poles’ contribution to the widely understood development of the United States is also lasting. Successive US presidential candidates are trying to win the votes of Polish Americans which proves the strength of this minority.

Nevertheless, recent events related to the eruption of public outrage in the United States allow to draw some disturbing conclusions. Although the vast majority of the protests have been peaceful, the destruction and violence that has occurred during some of them could be frightening.
It is alarming that the reason for the protest often falls victim to the demonstrators. Arson and vandalism do not serve the cause, i.e., the fight for noble values, especially when they are committed completely thoughtlessly. An example of such actions is the destruction of what one could be unfamiliar with. During one of such protests in Washington, D.C., the Tadeusz Kosciuszko monument was vandalized. When asked about this “incident,” random passersby, supporting the movement mentioned above, had no idea who Kosciuszko was. Moreover, they did not know what he had done for the American cause and African Americans.
This memorial was a completely misguided target of that anger. Kosciuszko spent the funds received from the Congress on the liberation and education of enslaved Africans. He spent part of his fortune on buying land for the freed slaves so that they could earn their own living as free citizens. His testament, whose executor was Jefferson, strongly supported abolitionism. In turn, when Native Americans learned that Kosciuszko had stood up for their rights, Chief Little Turtle of the Miamis personally expressed his gratitude for this act. During the insurrection in the country on the Vistula River, the Polish general defended the rights of Jews and freed peasants.
Kosciuszko was a man ahead of his time, a man for whom all lives did matter. Therefore, we should bear that in mind and preserve remembrance, especially when it is desecrated.