Two main rivals announced that they run for elections on March 31. Yulia Tymoshenko was the first one, Petro Poroshenko followed her a week later. Inaugural speeches of both candidates confirm the main points of candidates’ campaigns. Tymoshenko will use social slogans, Poroshenko – patriotic. They both declare following the pro-Western course of Ukraine. Two months before the first round, Tymoshenko is a leader of polls. Poroshenko now has to focus on entering the second round at all. Then, he can worry that according to polls, at this point of the campaign he loses the second round with almost everybody. 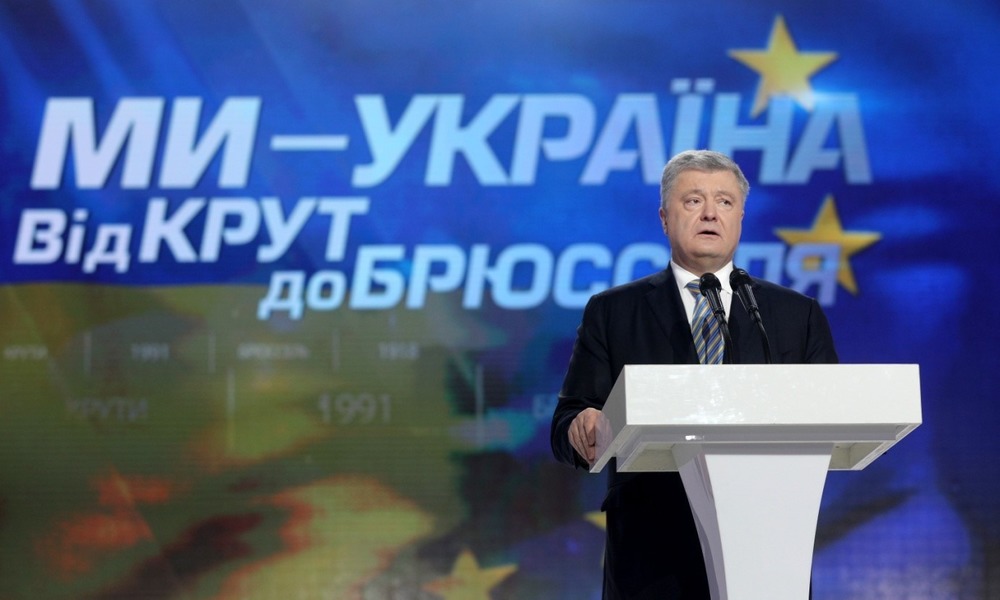 On January 29, President of Ukraine officially announced his participation in presidential elections scheduled for March 31. Poroshenko stressed that he decided to run for elections to assure, among others, the stability of the course aiming at European and Euro-Atlantic integration. “Only the presence in the EU and NATO may guarantee our safety in the face of Russian aggression” – Poroshenko underlined. It seems that he will build his campaign on the battle with Russia and reinforcement of national identity of Ukraine. He presents himself as an independent candidate, even though he is an honorary leader of the parliamentary party called Petro Poroshenko Bloc. His candidacy was supported by e.g. PM Volodymyr Groysman, speaker of parliament Andriy Parubiy and Mayor of Kiev Vitali Klitschko. Exactly a week earlier, on January 22, former PM of Ukraine Yulia Tymoshenko was officially nominated by her grouping Batkivshchyna. Yulia Tymoshenko announced that after her victory she would introduce fundamental changes in the state and severely criticised the present authorities of Ukraine. It seems that she will use social slogans in her campaign. Tymoshenko is talking about acquiring membership in the European Union and entering NATO. But her main promises concern social issues.

Recent polls confirm that only Yulia Tymoshenko can be certain that she will take part in the second round. She will compete with either Poroshenko, or Zelenskiy. His biggest negative electorate of all candidates is unfavourable to Poroshenko. But what is favourable for him is the greatest level of his proponent’s mobilisation – significantly bigger than mobilisation of proponents of Volodymyr Zelenskiy, who was the first one to announce his participation in the elections. However, it is necessary to remember that recent polls come from December and do not include the incidents from January – successful autocephaly for the Ukrainian Orthodox Church or conviction for Viktor Yanukovych.

In the IRI (International Republican Institute) poll concerning the second round, Tymoshenko wins with every rival, with the greatest difference with Poroshenko, and the smallest with Zelenskiy. Poroshenko, in turn, would win only with Yuriy Boyko, the most pro-Russian candidate. What can make Poroshenko hopeful is the fact that the conflict in Donbas is the most important issue for the electorate – and it is much more important than others, such as social problems, economy, corruption or foreign policy. And only when asked about which president would be better in defending the territorial integrity of Ukraine, people give as many votes to Poroshenko, as to Tymoshenko. In other issues, he significantly loses. What is interesting, most of the people asked expect that the elections will not be fully free and honest (over a half), and one fourth takes the opposite view. The greatest number of optimists is in Poroshenko’s electorate. Anxiety about the honesty of the elections is prevailing among Tymoshenko’s electorate. And one last, important comment: positions in polls of groupings led by Tymoshenko, Poroshenko and Zelenskiy are parallel to the positions of their leaders, and these groupings will take part in parliamentary elections in autumn 2019.