All power in the hands of Zelensky

Ukraine is officially a republic with a semi-presidential system. However, after the elections on July 21, one can say that this is a presidential republic. The scale of the Servant of the People party’s victory surprised even its founder, President Volodymyr Zelensky. He has the comfort of ruling which nobody in Ukraine has had since 1991. This is caused not only by the fact that he is in control of the presidential circle, dependent offices and has a mere majority in the parliament, but the social support is equally important. Now, it is time for the realisation of promises and satisfaction of high – and diverse – expectations of Ukrainians. This diversity, which turned out to be powerful during the elections, may occur to be a weakness and threat for Zelensky during his governance. 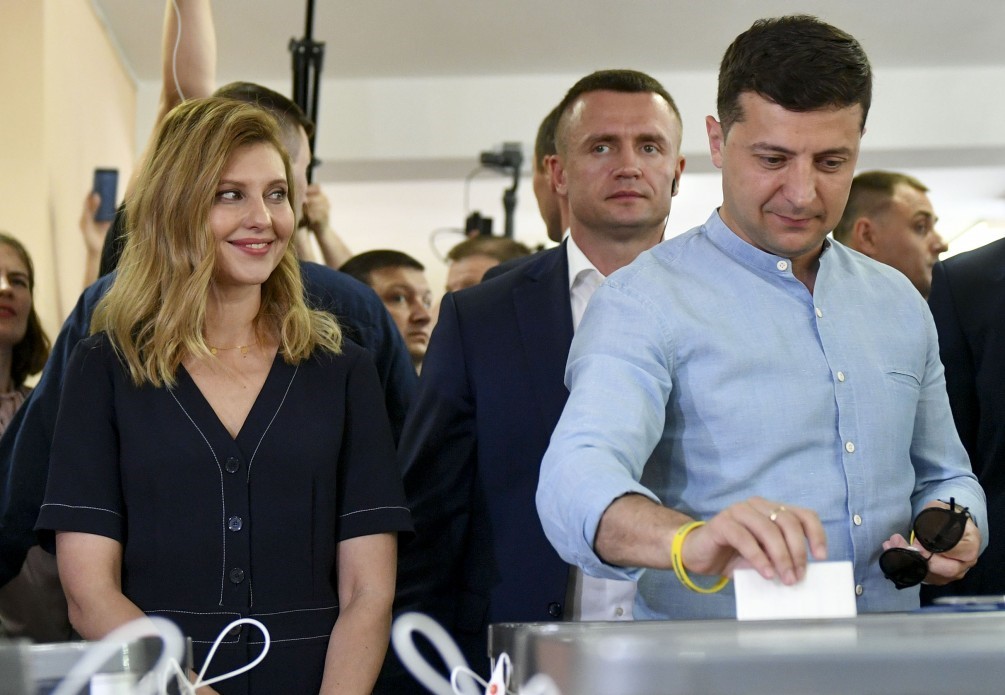 On Monday morning, July 22, after the elections, when half of the votes were counted (but also when the winners of almost all single-mandate constituencies were determined) it was clear that the Servant of the People has a safe, mere majority in the Verkhovna Rada (450 members). The result of the exit poll in the proportional representation, where people vote on a party list, was as expected and more or less similar to the pre-election polls. (over 40%). But the scale of the victory of candidates from single-mandate constituencies was surprising – they obtained almost 2/3 of seats from this pool. This means that people voted mainly for the party, even when they had particular candidates to choose in the single-mandate constituencies. And one should remember that in many constituencies candidates of Servant of the People were almost random people, unknown, often engaged in scandals or were political nouveaux riche. They competed with very influential candidates supported by local pacts, oligarchs, have been famous for years and were long-time members of parliament. The effect of Zelensky was the cause. And this is what the current president counted on when after the inauguration he struggled for the snap elections (and won).

In this situation, it is unknown whether Zelensky will want to form a coalition. A new party which was earlier presented as a natural future partner for the Servant of the People, entered the parliament. This is Voice party, established by Svyatoslav Vakarchuk, a famous rock man. Zelensky may want to include this party to the majority – mainly because of purely political reasons. Voice has many supporters in western Ukraine, and even won in the Lviv Oblast. It takes over part of the nationalist or, at least, the pro-Western electorate for whom Zelensky is too little anti-Russian. Voice would weaken the main rival of Servant of the People in the west (Poroshenko’s European Solidarity Party) and would enhance the electorate of Zelensky. Another party which counted on the coalition with Servant of the People, Yulia Tymoshenko’s Batkivshchyna, will probably soon join the opposition – criticising the authorities from the social-populist position. Two remaining groupings, which reached the 5 percent threshold, the mentioned European Solidarity and Opposition Platform – For life will constitute a tough opposition, but on different political positions. Servant of the People is necessarily a centre party. On the one hand, such programme and promises enabled a huge victory. But on the other, it will be difficult to satisfy the expectations of such a huge and diverse electorate. On the one side, there are people from southern and eastern Ukraine expecting the end of the war and nationalist trends visible during the governance of Poroshenko. On the other side, there is a patriotic electorate who does not want concessions with Russia. There are proponents of reforms, free market and integration with Europe, and there are also people expecting generous social policy, protectionism and reconstruction of the economic cooperation with Russia.