Polish Robots for the Romanian Army

Romanian Air Forces (Forțele Aeriene Române) purchased Gryf mobile pyrotechnic robots manufactured by Przemysłowy Instytut Automatyki i Pomiarów (PIAP). These devices can be used for many different purposes, among others, for reconnaissance of terrain, detecting and replacing explosives or even for fighting purposes. 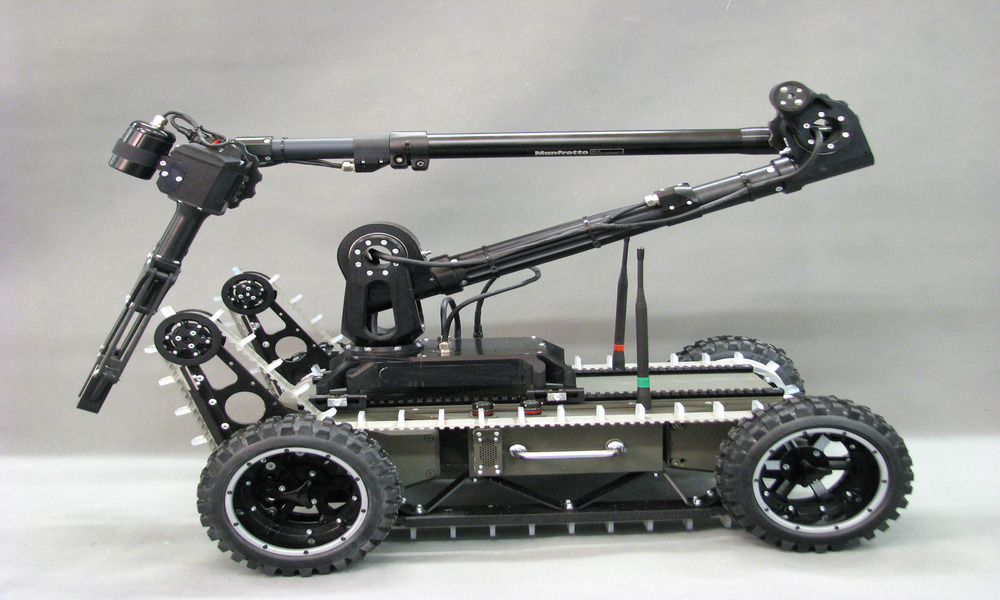 For now, it is not know how many robots the Romanian army ordered. Several weeks earlier, the same machines were ordered by the Polish Ministry of National Defence, among others. Then, thirty-five units worth eighty million zloty were said to have been ordered. Therefore, the price of one robot amounts to over two million zloty, but it is necessary to remember that the total price includes additional equipment and training packages for the future service.

Robots can be used in many different ways. Thanks to small size (length of about 90 cm) and used track (wheel and caterpillar) they can manage on rough terrain and in narrow spaces. In turn, thanks to the weight of fewer than forty kilograms only two people are needed to transport and use the device. The manufacturer says that the robot can climb a 45° gradients. A standard arm has a reach of almost two metres. Additionally, the robot can be disassembled which is helpful in transport.

The most important fact is that the devices are equipped with an arm with a claw which is able to move a 15-kilogram load in an hour. Moreover, Polish robots consist of modules which enable using the robot in many different ways. The manufacturer provided for, among others, installation of a wide range of sensors and cameras detecting the fumes of explosives, a night vision device or an X-ray machine.

The robot can be also equipped with various additional devices such as pyrotechnic guns or even a repeating shotgun or a glass punch. In case of problems with connection, steering can be achieved thanks to the optical fibre winder which enable a flow of information between the robot and a user.

At the request of the purchaser, robots which were prepared for the Romanian army were modified. They were equipped with e.g. a modern control panel and two-joysticks steering. A Romanian version has also scissors to cut wires, a glass punch, a tyre bradawl or a holder to mount a pyrotechnic gun.

The premiere of the Polish PIAP Gryf robots took place in 2012. Since then, they have been exported to many countries, e.g. Indonesia or South Korea. Polish formations are also among the purchasers. Gryfs were bought by the police where they are used to detect and neutralise explosives. Other constructions designed by PIAP serve in countries such as Saudi Arabia, United Arab Emirates or even Switzerland.