A joint international conference, organized by the Youth Diplomacy Forum and the Warsaw Institute, was held on February 21, 2022. The main topic of the event was Polish-Pakistani relations. The participants of the meeting included H.E. Mr. Malik Muhammad Farooq, Ambassador of the Islamic Republic of Pakistan to Poland, H.E. Mr. Piotr Andrzej Opaliński, former Ambassador of the Republic of Poland to Pakistan, Dr. Syed Sibtain Shah from the National University of Modern Languages in Islamabad, and moderator Ms. Liliana Śmiech, Director of Public Relations at the Warsaw Institute. 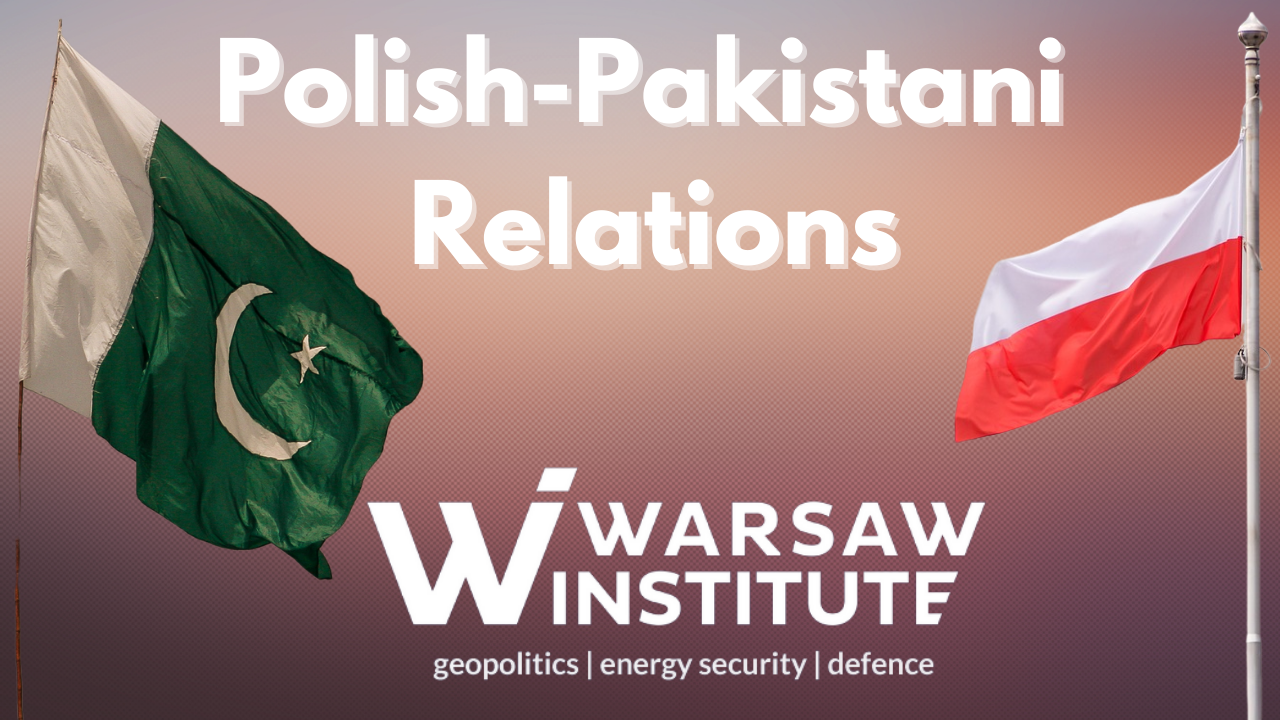 The main topic of the meeting was bilateral relations between Poland and Pakistan. At the very beginning, Ms. Liliana Śmiech emphasized that diplomatic relations between the two countries were established on December 17, 1962, and asked the participants to give their opinion on the current development of the Polish-Pakistani ties. After thanking for the invitation to the event, Ambassador Farooq said that:

A similar question was posed to H.E. Piotr Andrzej Opaliński, who assessed the Polish perspective on the Polish-Pakistani relations. Ambassador Opaliński shared the opinion of Ambassador Farooq and said that although the news about Polish-Pakistani ties are rather overlooked by the media, they can be described as very positive, friendly, and unique. After speaking about the historical ties between Poland and Pakistan, Ambassador Opaliński said that:

“The visit of President Pervez Musharraf to Poland in 2007 was the beginning of a more active partnership that was not possible during the Cold War. However, the first modern network, which we have initiated, was established in recent years and concerns military cooperation. Before the pandemic, reciprocal visits in this domain were very frequent. The second initiative is the contract won by the Polish Security Printing Works (PWPW) in Pakistan, where it produces chips for Pakistani passports.” Moreover, the Ambassador highlighted the importance of contacts between the citizens of the two countries and noted that Polish universities are open to students from Pakistan.

The following question of the moderator concerned the economic sector that should play the biggest role in bilateral relations between Poland and Pakistan. According to Ambassador Farooq, the important products that Pakistan would like to present to Poles include fruits, especially dates and mangoes. However, moving on to the priorities, he said that: “It is very difficult to define one specific area of cooperation, but, in my opinion, the best one would be based on mutual and increased contact between people (…). Investment in education of university students is likewise very important.” In response to the same question, Ambassador Opaliński stated that the geoeconomic direction of the current strategy of the Pakistani Prime Minister Imran Khan is one of the opportunities for increased cooperation. He also noted the advantageous location of Poland in terms of being a potential export hub for Pakistan, allowing it to access the EU market.

The last questions concerned the perception of Poles in Pakistan and Pakistanis in Poland. Both sides emphasized the very positive attitude towards the citizens of both countries. In response to this question, Dr. Syed Sibtain Shah said that: “In Pakistan we have a large group of friends of Poland and vice versa – in Poland there are many friends of Pakistan.”

The meeting ended with a summary of all the topics discussed by a representative of the Youth Diplomacy Forum.