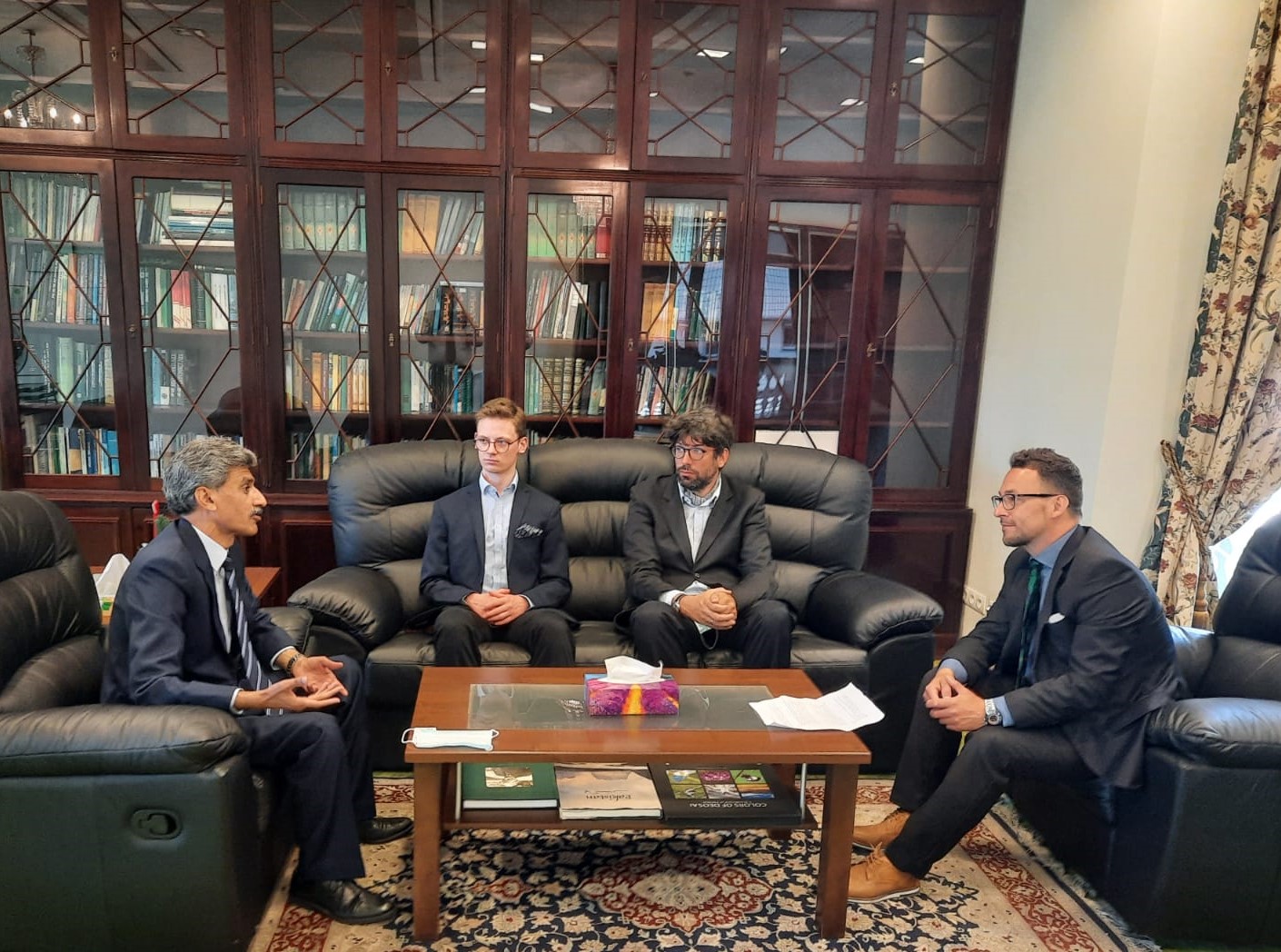 Among the topics discussed were the often-underrated close historical ties between the nations of Poland and Pakistan, which date back to WW2 when Islamabad welcomed over 21,000 Polish war refugees evacuated from the USSR by the army of gen. Anders. Furthermore, shortly after the end of the war Polish veterans initiated the establishment of Pakistan Air Force. Ambassador Malik Farooq is currently actively pushing the process of naming a large street in Islamabad after the name of general Władysław Turowicz who was particularly engaged in developing Pakistani army. The conversation also concerned current ties between the two countries, including the economic ones. Mr Ambassador greatly appreciates the support Poland has shown in including Pakistan in the EU system of preferential trade duties. He also expressed his ambition to double the economic turnover between Poland and Pakistan, which currently is at around 500 mln and growing.

The meeting was part of the Warsaw Institute’s “Diplomacy Talks Series”.