Poland in the Geopolitics of the Middle East and North Africa

On the evening of Tuesday, 03.03.2020, The Warsaw Institute Review (WIR) held a public expert debate on geopolitics in the Middle East and North Africa (MENA) region, as well as how it might look from the perspective of Poland. 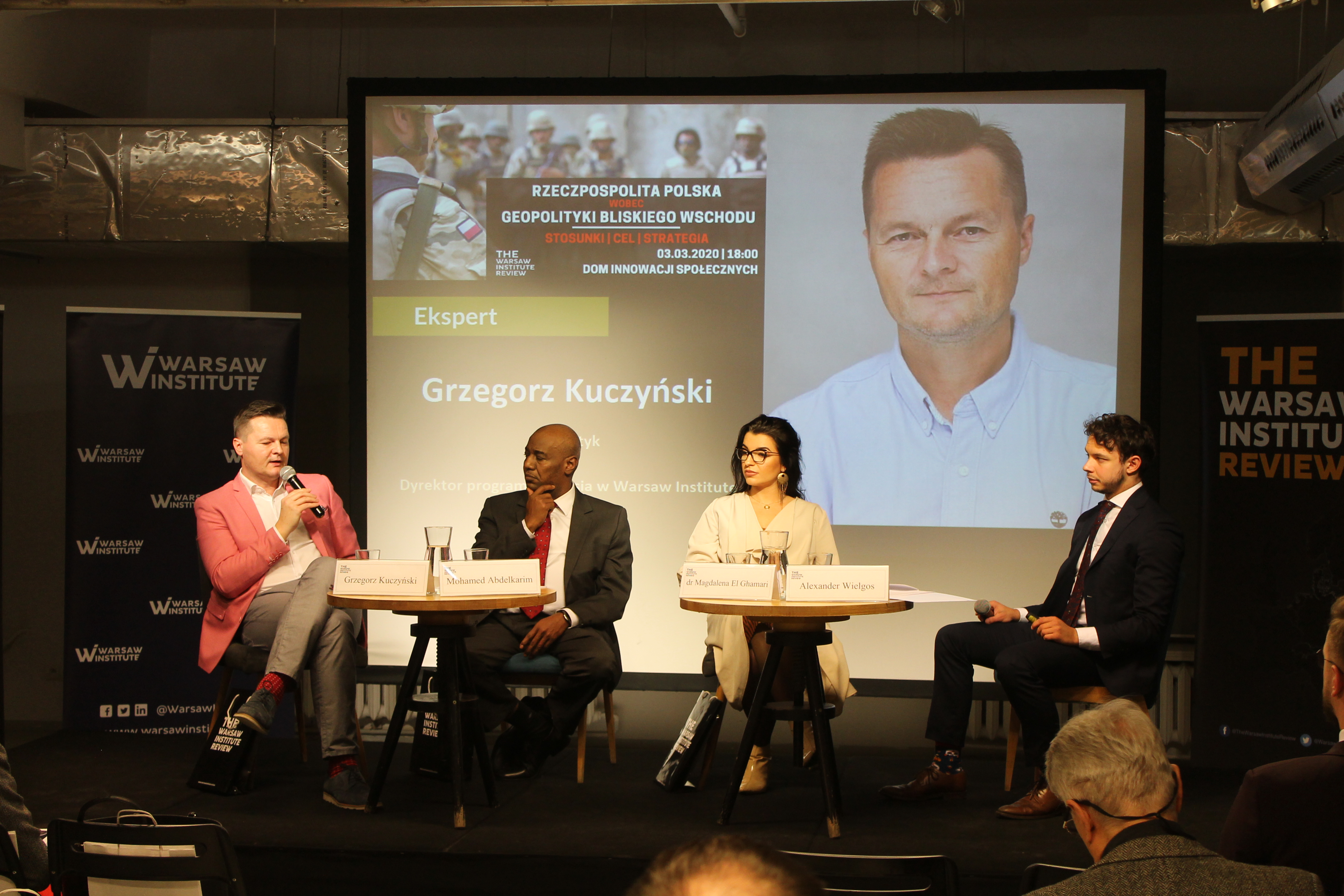 In the debate, titled “Poland in the Geopolitics of the Middle East and North Africa”, the panellists discussed issues pertaining to the geopolitical dynamics which see a shift in the current balance of power, political and socio-cultural changes in the North African region, as well as Russia’s pragmatically balanced foreign policy towards the region. WIR had the honour to invite Dr Magdalena El Ghamari, lecturer at Collegium Civitas, Mr Mohammed Abdelkarim, senior analyst at the Embassy of Qatar in Warsaw, as well as Mr Grzegorz Kuczyński, Director of the Eurasia Programme at the Warsaw Institute (WI) think tank, as participating panellists for the evening. The debate was moderated by WIR Advisor Mr. Alexander Wielgos. The event opened with a brief introduction, about 10-15 addresses from each of the panellists, followed by a mix of questions from the moderator and from the audience.

The dictator was what he was, but he was ours


Dr El Ghamari elaborated on the most important aspects of geopolitical developments in North Africa with a special focus on the situation in Libya. The unstable border of south-eastern Libya together with the area spread of abundant natural resources, has opened a space for which militias and paramilitary organisations are constantly vying for domination.

At the same time, society has a resentment of returning to the time of dictatorship. It is a generally understood paradigm that whilst the dictator was as he was, “he was ours”. Dr El Ghamari also noted that amidst conflict zones in certain Arab countries, high unemployment rate of more than 50%, and the phenomenon of the lost generation of the current 9-year-olds born and raised during the revolution and the collapse of the old Arabic code with a strong father role, is a massively detrimental effect which will be felt in the next decades upon rebuilding the losses. 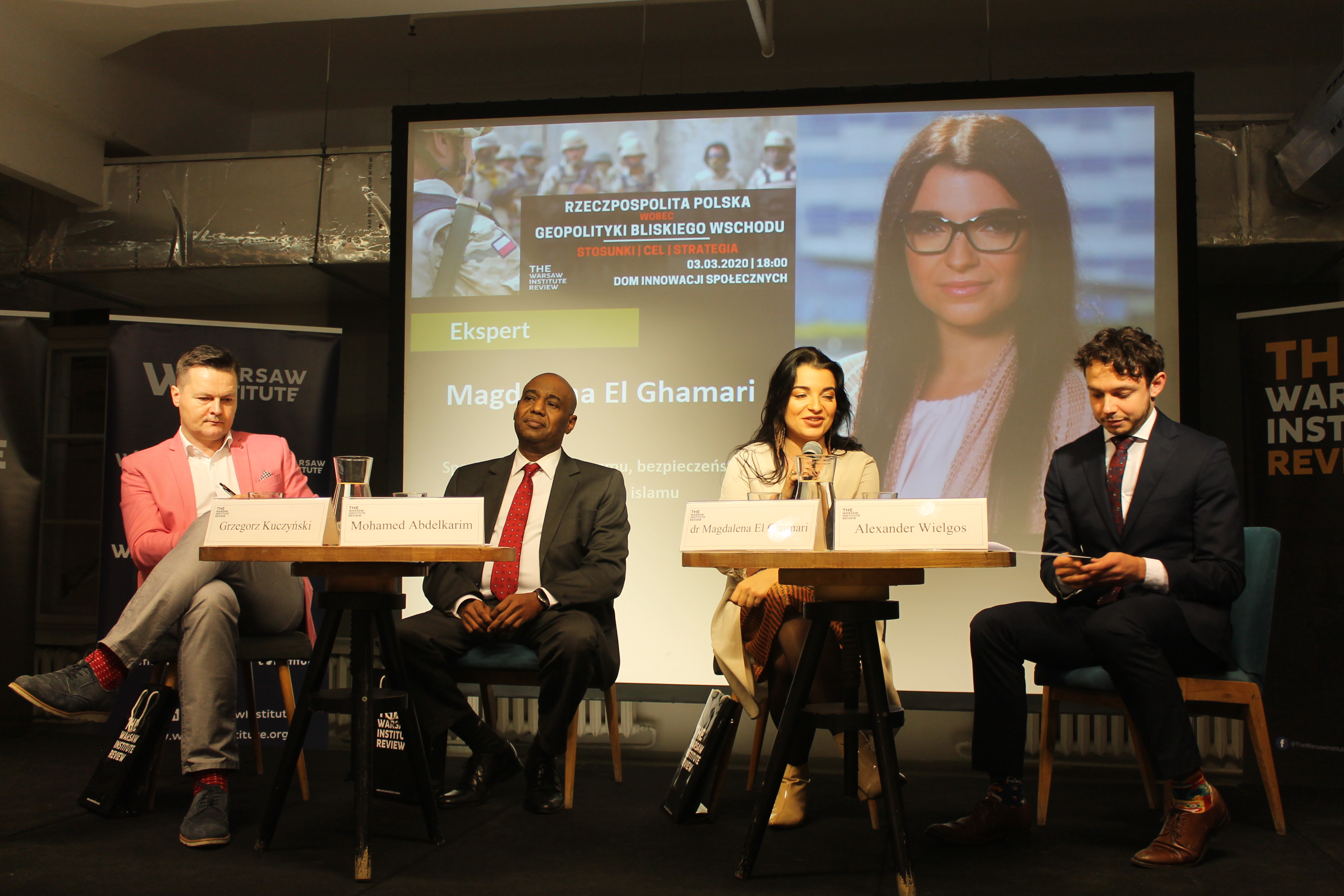 Potential for Stability in the 2030s

Mr Abdelkarim outlined the current balance of power in MENA, recalling that hotspot for confrontation still need to be addressed in Syria, Iraq and Yemen. He drew attention to the situation of how Iraq is being used as the territory of the external confrontation between the US and Iran, has caused and may cause again a state of humanitarian crisis. Mr. Abdelkarim suggested that it is not too farfetched to argue that Russia, strategically placed politically in all of this, will benefit from the region’s escalation of the conflict with the collapse of international trade dynamics and the rising price of oil.

However, in the view of Mr Abdelkarim, a relative harmony has been gradually forming on the Arabian Peninsula; or at least circumstances that can be described as cooled, with the UAE, Saudi Arabia, Bahrain, and Egypt which imposed a blockade on Qatar; as well as taking into consideration the Saudi and Iranian competition, as well as the approaches of Turkey. Unless the scene of US and China’s rivalry moves to MENA, where one would act as a spoiler of the other’s interests, in the 2030s we could expect some conflicts to be de-escalated. This is further paramount to the necessity of control over resources, and especially water, in the coming years. 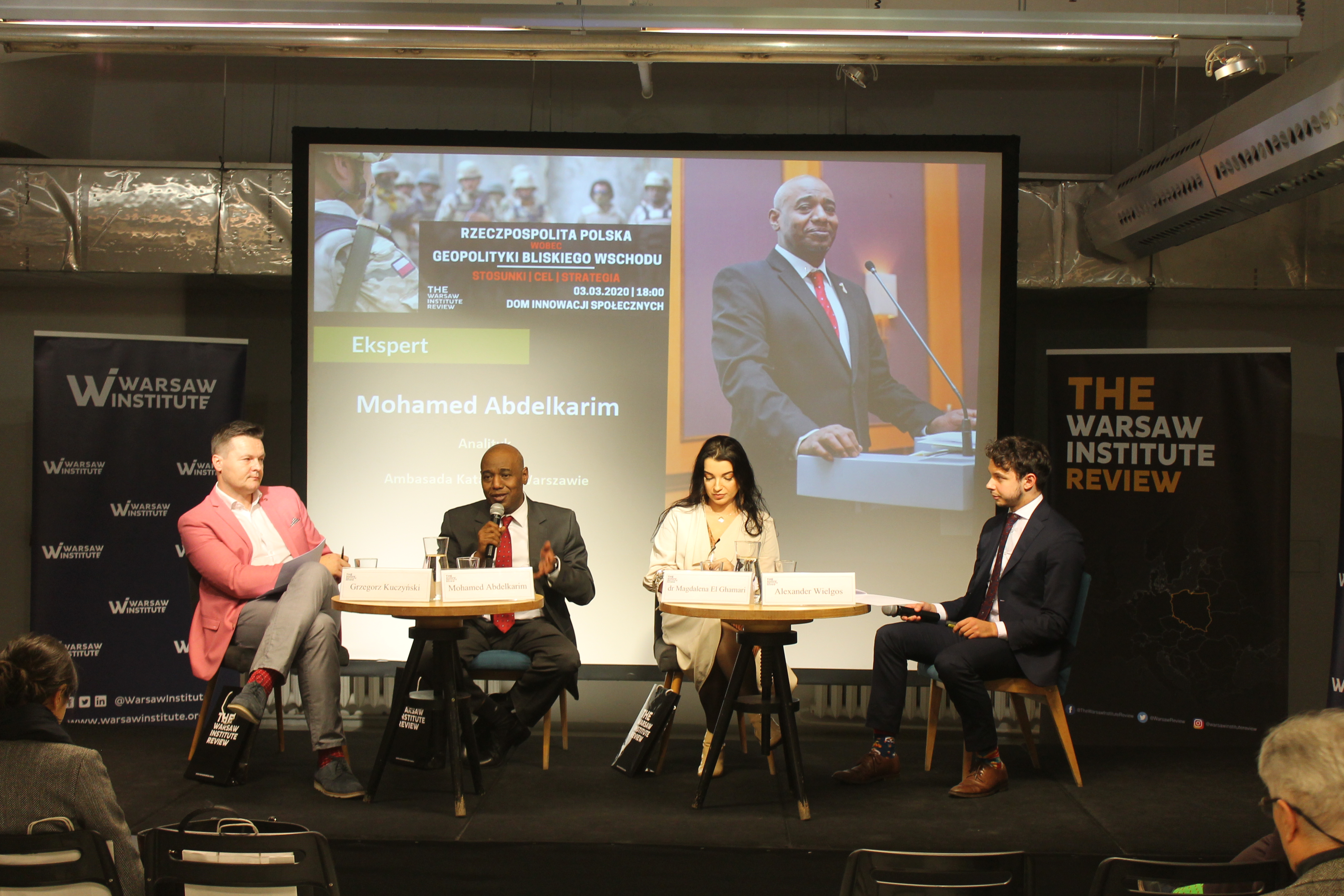 Mr. Kuczyński, while analysing Russia’s foreign policy in MENA, emphasised the need to distinguish current pragmatic approach from the ideologically driven approach during the Cold War of spreading communism. By maintaining more or less equal relations with the region’s largest players, including Israel, Turkey, Saudi Arabia, and Iran, it would seem Russia often gains the role of an objective mediator in major conflicts. For example, supporting Palestinians does not block the maintenance of good relations with Israel and, on the other hand, the opportunistic but limited relations with Iran. Mr Kuczyński also drew attention to economic benefits; the OPEC Plus agreement, informally under the leadership of Russia and Saudi Arabia, allows for continuous market control of crude oil.

The breakthrough sentiment of the Arab Spring period and NATO’s operation in Libya is considered by Putin as a great setback for Russian foreign policy in the region, which can equally be considered a turning point of Russia’s involvement in MENA. However, in the opinion of Mr. Kuczyński, the subsequent withdrawal of the US and the large absence of the EU in the peace process – as arguably shown in the recent Berlin conference – in today’s situation allows Russia to maintain stable role of mediation leader in the region, which at least at present, is beneficial for Russia pragmatically. 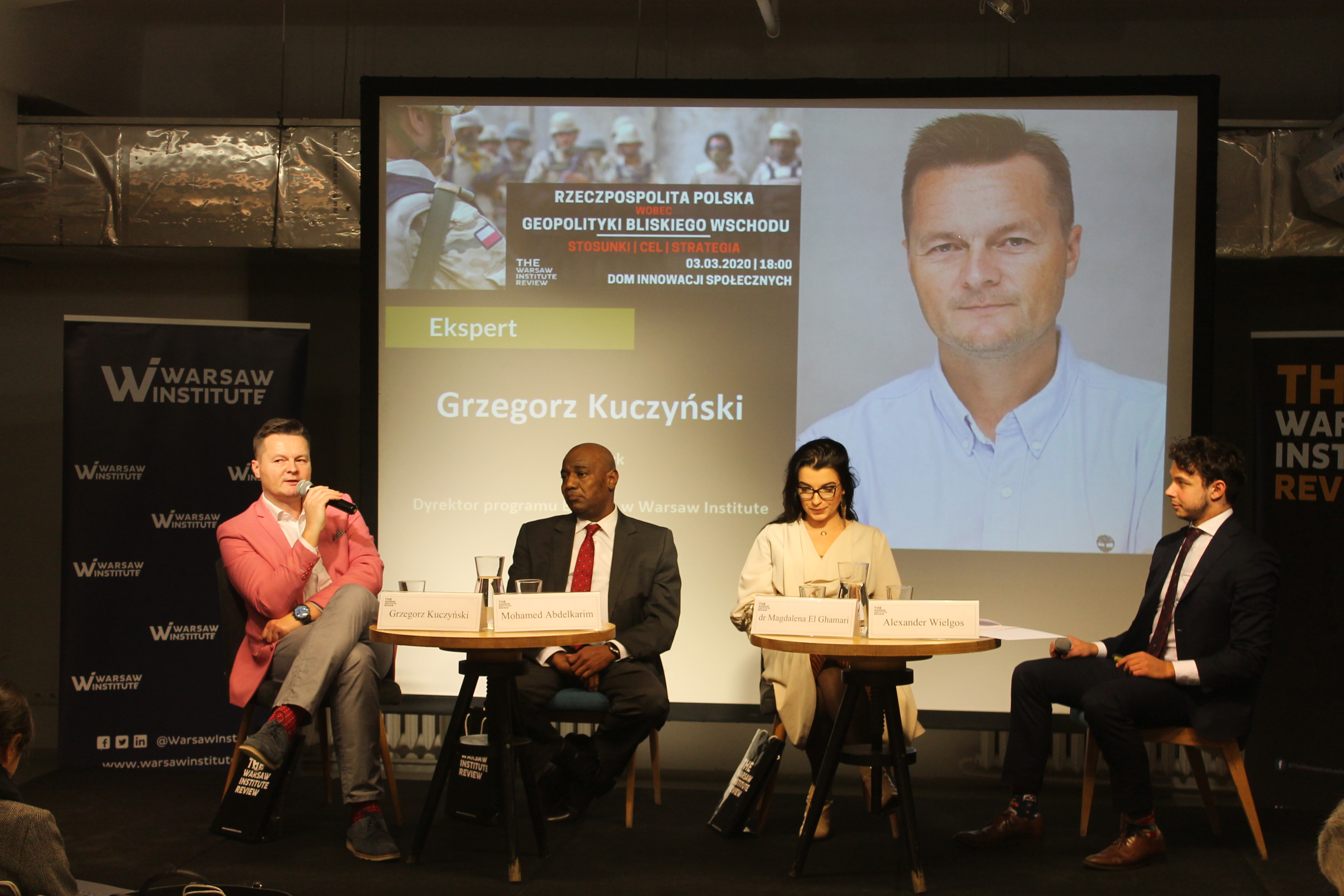 During the Q&A sessions, Dr El Ghamari noted that Polish soldiers trained in MENA have had the opportunity to gain experience in a politically and culturally different area, become more active and heard on the international arena. However, there were elements of the medical issue of recovery with regard to to physical and mental health which remains unregulated. Attention should also be paid to the unused opportunity to sign economic agreements after operations in Afghanistan.

Currently, Polish soldiers have returned to the Golan Heights, some are present in UNIFIL, and the issue of involvement in North Africa remains open. Mr. Kuczyński pointed to the limitation of Poland’s involvement in the region due to belonging to the EU and NATO, a close alliance with the US and the expected collapse of trade relations with Iran. Mr. Abdelkarim also underscored the importance of trade and energy security, for example with import of LNG from Qatar, with regard to Poland’s presence in MENA on a regional basis, suggesting there is potential for greater focus as part of the Three Seas Initiative.