Passport provocation in Donbas. What lies behind Putin’s decision?

Vladimir Putin has signed a decree simplifying the procedure of granting Russian citizenship to the residents of the occupied part of Donbas (so-called Donetsk and Luhansk People’s Republics). Moscow supports this decision by humanitarian reasons, but Kiev and the West claim that this is a provocation or even preparation for the annexation of the region. However, in fact, this action aims to test the new President of Ukraine and to increase the pressure to make him start negotiating. 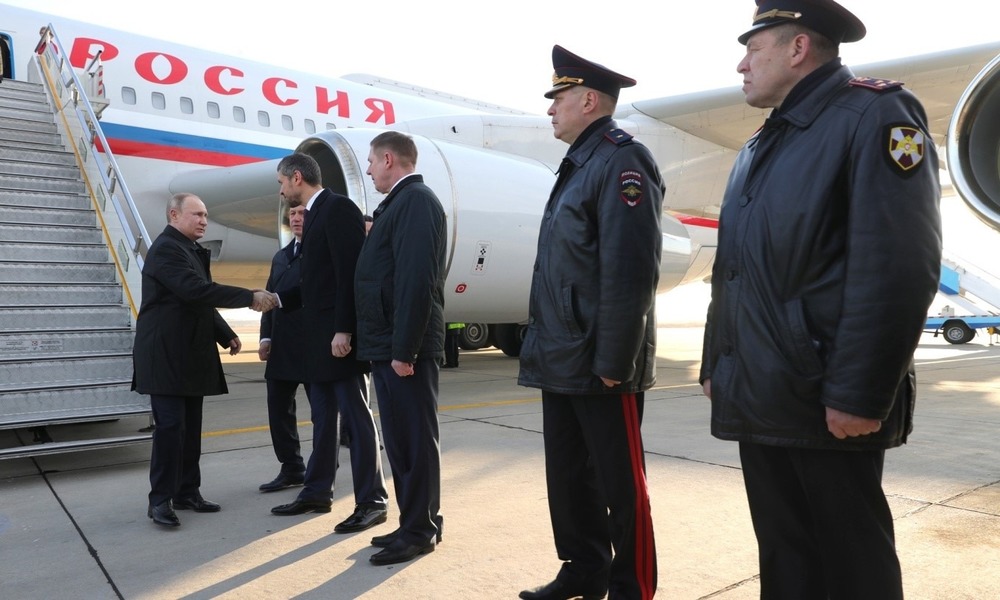 The decree was published on the Kremlin’s website on April 24. Putin stated that Moscow did not want to cause troubles to new Ukrainian authorities and called the decree only “a matter of humanitarianism”, stating that residents of Donetsk and Luhansk are “deprived of all possible civil rights”. Putin’s adviser Vladislav Surkov called the decree “especially important” and said that in such a way Russia is fulfilling its duties towards “Russian-speaking and Russian-thinking people who are in a difficult situation” due to “repressive actions of the Kiev regime”. Putin’s decision was appreciated by the leaders of the self-proclaimed “People’s Republics”. Denis Pushilin, the leader of “the Donetsk People’s Republic” called the decree “a quantum leap in the history of our young states”.

Minister of Foreign Affairs of Ukraine called the Russian President’s decision “an act of aggression and interference” in the internal affairs of Ukraine. President Petro Poroshenko said that by issuing this decree “Russia is torpedoing the peace process in Donbas”. The West considers Putin’s decision as a provocation which aims to destabilise the situation in Donbas even more. The U.S. Embassy in Kiev on Twitter called the decree “absurd and destabilising”, repeating their full support for “sovereignty and territorial integrity of Ukraine”. Oleksandr Turchynov, Secretary of the National Security and Defence Council of Ukraine, in the published statement wrote that “Putin is creating legal conditions enabling official use of armed forces against Ukraine”. In his opinion, “this is connected with the Russian law allowing the use of armed forces to protect Russian citizens outside Russia.” The opponents of the Kremlin’s decision remind that Russia made such a move before. In 2002, Moscow started giving Russian passports to residents of Abkhazia and South Ossetia. When in 2008 Russian army entered Georgia, Moscow explained it with the necessity to protect its citizens – then, 85 percent of citizens of South Ossetia and 90 percent of citizens of Abkhazia had Russian passports. Russia takes similar actions with regard to separatist Transnistria. Almost half of the residents of this region, which rebelled against the Moldovan authorities at the beginning of 1990 and has been protected until now by at least 1500 Russian soldiers, have Russian citizenship.

However, it is rather unlikely that Russia aims to annex Donbas. A so-called Surkov’s plan has been followed in the Russian policy towards Ukraine for long. It is focused on convincing Kiev to make a deal concerning Donbas on Russian conditions. Donbas would return under formal Kiev’s authority but with great autonomy which, in fact, would allow preserving Russian domination in Donetsk and Luhansk. Through Donbas (elections, referenda, participation in the Ukrainian parliament) Moscow would acquire a significant influence on Ukrainian politics and the pro-Russian camp in Kiev would become a meaningful player. Russians are counting that Zelensky will choose this option because then he would be able to tell his countrymen that he ended the war and regained Donbas (his main campaign promises). Therefore, Putin’s decision about passports is clearly connected with presidential elections in Ukraine which took place three days earlier. Russia aims to change relations between Moscow and Kiev and tries to force Zelensky to start negotiations. The first reaction of Zelensky is not satisfactory. President-elect issued a statement denouncing Russia as “an occupying state” and “an assailant state which is conducting war against Ukraine”. Zelensky appealed for “increasing the diplomatic and sanction pressure on Russia”. But it is necessary to remember that this attitude can change with time, especially after the parliamentary elections. For now, Zelensky cannot make concessions to Moscow, but it is possible that he will give in to Russian pressure. The decision on passports is not the last Kremlin’s provocation for sure.