On April 12, Russian President Vladimir Putin pledged his intention to abolish military conscription in Russia, yet saying that both time and sufficient funds will be necessary to carry out such a revolution. Putin’s declaration is “nothing new under the sun” as the Russian leader has reemphasized his commitment at least several times. None of these promises have been kept so far as the Russian army’s professionalization has emerged as an impractical undertaking. So what is the reason behind this sudden shift? This was one of Putin’s declarations aimed at improving his falling approval ratings. 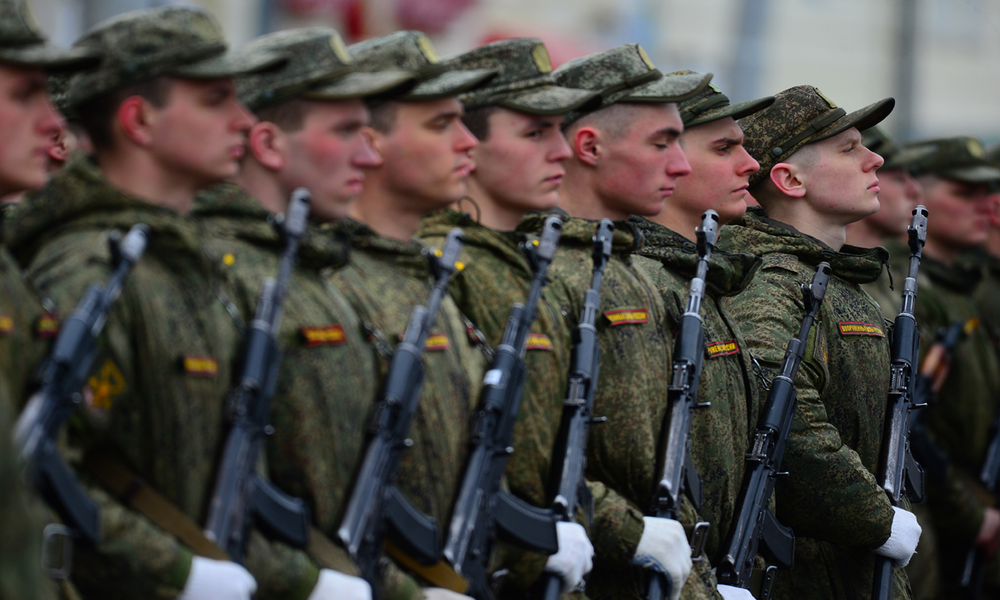 The Russian leader has discussed this topic since he became president. In 2001, he gave his go-ahead for the government’s draft on moving away from the compulsory military service model while replacing it with a contracted military service. Once supported by Putin, the plan was initially to be implemented by 2010. In 2002, he admitted, however, his aim to professionalize Russia’s military provided that there was a growth in the state economy. He subsequently reiterated his projects in 2007, 2012, 2017, and 2018. All these declarations, alongside the most recent one, seem to have much in common. The Kremlin’s intention to abandon the compulsory military service to the benefit of a regular army is the best solution yet needs both an adequate plan and funding.

Russia’s moving away from the conscription army towards a professional military has been ongoing for many years while Russian national armed forces no longer rely upon draftees who are being increasingly replaced by professional or contracted soldiers. Until 2016, the number of conscripts was almost equal to that of recruited troops whereas the Russian military consists now of 260,000 draftees and 370,000 contracted soldiers. Notwithstanding these figures, the Russian army is unlikely to make a prompt tilt towards an entirely professional military model or even to introduce such a solution at all. This is due to Russia’s vast territory along with its geography, both of which dramatically boost costs of maintaining a professional army, capable of fulfilling military goals set by the Kremlin. Given Moscow’s aggressive policy, a similar undertaking seems already doomed to failure. Nevertheless, according to some, the United States, viewed as another big country to pursue a foreign policy with a clear military component, much earlier introduced a conscript-free army. Such a transition was possible thanks to substantial financial commitment as there is no point in comparing the size of the U.S. and Russian economies. If Moscow seeks to some extent to keep up with Washington as a military power, it has no other option than to maintain its current compulsory service model because it requires lower expenditure than a professional army. An average Russian draftee is paid 2,000 roubles ($30) per month while a professional military – 25,000–35,000 roubles ($400–600). Also, the latter may still count on some extra benefits. The decision to shift towards a conscript-free army would act against the Russian tradition while hampering the interests of a powerful lobby gaining a substantial financial advantage from the current system, considered both inept and corrupt. For example, massive sums of money are paid in bribes every day by potential draftees to avoid being recruited into the army.

Instead, it is to be expected that the highest possible percentage of contracted military personnel will be recruited both to most critical types of armed forces as well as to important military units. They will be additionally accompanied by a reserve component that will consist of potential draftees, all of whom could be quickly mobilized in the event of armed conflict. Once introduced, “symbolic” conscription would involve annually no more than 50,000 potential candidates, or six times less than it is now. Putin’s latest declaration to abandon the compulsory military service may be therefore viewed as an attempt to boost falling ratings. If adopted, the Kremlin’s decision would satisfy most Russians, from military experts, who enumerated advantages of such a solution, to average citizens, afraid of being drafted into the army.