Kirill Seleznev, a close associate of Gazprom’s CEO Alexey Miller and Director General of Gazprom Mezhregiongaz, has been relieved of his post as a Gazprom board member. Seleznev’s dismissal may emerge as an outcome of the infamous Arashukov case, having links to the recent decision to relieve Chechnya’s gas debts. He is the fourth member of Gazprom’s management board to have been sacked over the past few weeks. This will, however, not hit Miller, all the more so that Seleznev has been replaced by his former deputy. 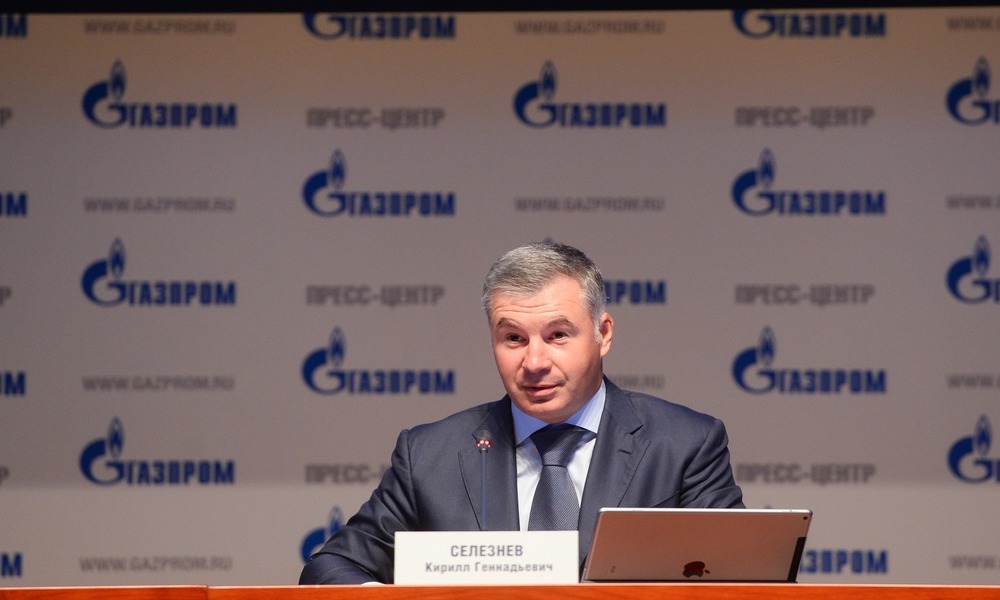 In an official statement published on April 12, Gazprom informed that Kirill Seleznev left the post of a member of the management board and Director of Gazprom Mezhregiongaz. Earlier, he also headed Gazprom’s Department for Marketing, Processing of Gas and Liquid Hydrocarbon. He is to be named Director General of RusKhimAlyans; the company has recently become the operator of the project for the creation of a $20 billion integrated gas and chemical complex in Ust-Luga (to be developed jointly with Arkady Rotenberg’s RusGazDobycha) and the Baltic liquefied natural gas (LNG) project, from which the British-Dutch company Shell eventually withdrew. As officially reported, Seleznev has been dismissed due to the expiration of his contract as a Director General of Gazprom Mezhregiongaz. And yet, in 2017, his contract as a member of Gazprom’s management board was renewed by five more years.

Regarded as one of the closest business partners of Alexey Miller, Seleznev has been working for Gazprom since 2001. He was 28 years old when he joined Gazprom’s board of directors only a year later. In 2003, he was named Director General of Gazprom Mezhregiongaz, Gazprom’s subsidiary tasked with managing regional gas distribution companies. Seleznev’s dismissal has marked the largest personnel reshuffles within the company’s structure since 2002 when Alexey Miller became the head of Russia’s state-run gas giant. He is, however, likely to retain his position as the CEO of Gazprom. Seleznev’s responsibilities as a member of Gazprom’s management board and head of Department 314 have been taken by Gennady Sukhov, who had served as chief of the said department. For his part, Sergey Gustov, former Director General of Gazprom LNG Saint Petersburg, has been designated Director General of Gazprom Mezhregiongaz. Seleznev is the fourth member of Gazprom’s management board to have been released from his post within the last month of the time period. In late February, Miller fired two of his deputies: Alexander Medvedev (head of exporting business) and Valery Golubev (who was in charge of the domestic gas market). On April 1, Andrey Kruglov was relieved of his post as a Gazprom chief financial officer and was elected Russian Deputy Finance Minister.

Seleznev might have been sacked due to the Arashukov scandal; Raul and Rauf Arashukov have been suspected of embezzling natural gas worth in total 31 billion roubles. As for the former, he had overseen various departments of Mezhregiongaz in the North Caucasus since Miller and Seleznev were given top positions in the firm’s management. He served as an advisor to Seleznev. While working for him, Arashukov created adequate mechanisms for gas stealing. Moreover, Seleznev’s reputation suffered after Chechnya’s gas debt had been canceled. Grozny city court ruled that the regional branch of Gazprom should write off most of the republic’s gas debt, worth the total of 9 billion roubles. Russian firm filed the appeal to the court, as a result of which Chechnya’s Supreme Court reversed the district court’s ruling. The arrests of Rauf and Raul Arashukov, the dismissal of Seleznev and Golubev, Gazprom’s officials responsible for the domestic gas market and cancelling the court’s decision to write off Chechnya’s gas debts (though the Kremlin must have directly pushed for Kadyrov in this matter) were part of Gazprom’s policy of tightening up its finances. Also, this might have attempted to show the firm’s ambition to reduce the degree of gas corruption at the regional level – all that at the expense of Gazprom’s central structures. As of December 1, 2018, total regional debts to Gazprom Mezhregiongaz amounted to 137.1 billion roubles, or 26 billion roubles more compared to the previous year.