While Angela Merkel and Vladimir Putin made a symbolic deal to the completion of the Nord Stream 2 natural gas pipeline, the United States imposed new sanctions on the project. They do not change much while the gas pipeline is set to be completed any day now. Moscow does not conceal that not only will it scrap the existing transit deal with Ukraine after it expires, but also it has no intention of meeting its commitments by 2024. It is pointless for Merkel and the EU to promise to do their utmost to make Russia continue sending gas through Ukraine. 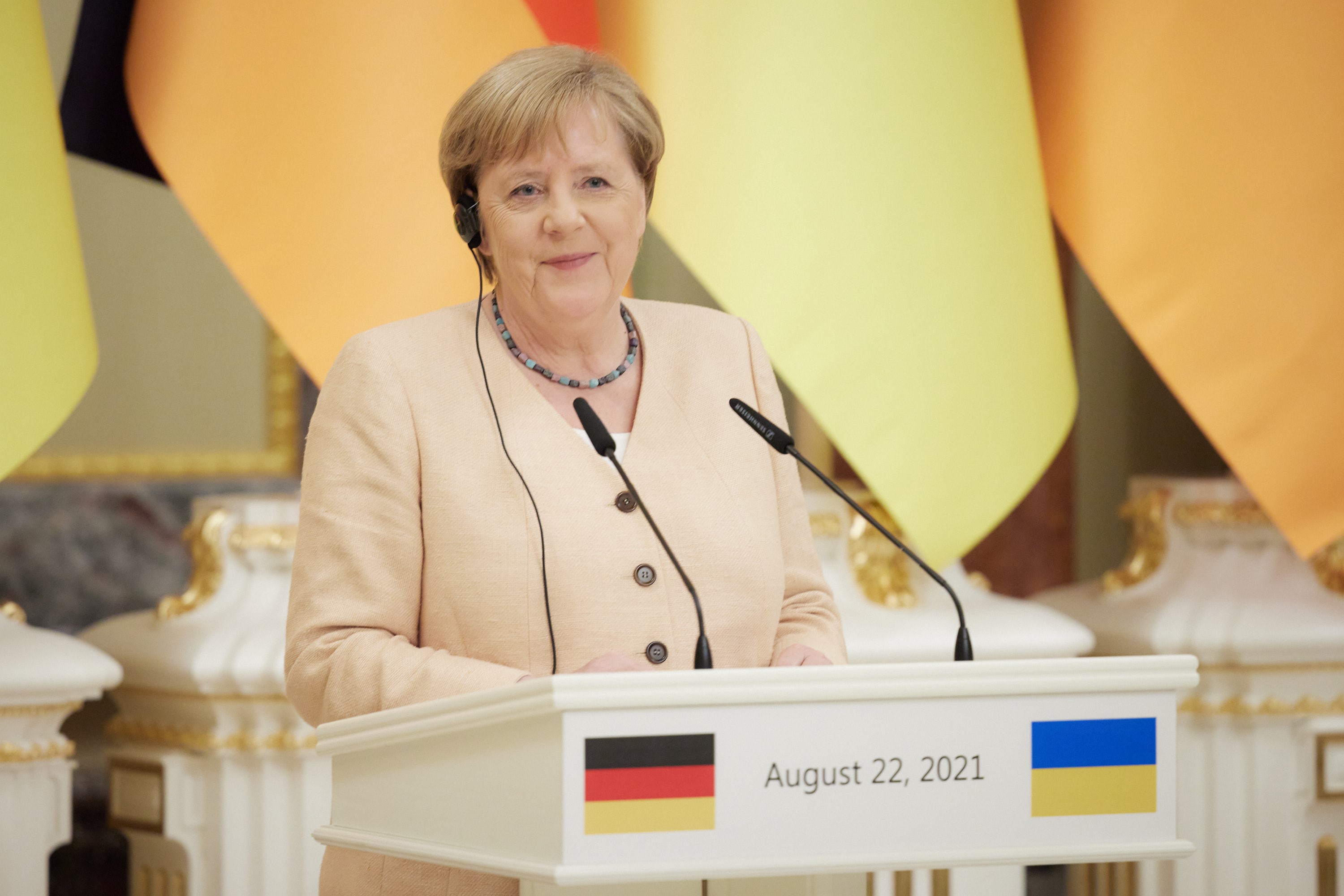 U.S. Secretary of State Antony Blinken on August 22 said the United States would impose sanctions on one Russian vessel and two Russian individuals involved over the Nord Stream 2 pipeline. It is a tardy step and a little painful for Russia. Naturally, Washington is making the best of a bad bargain. Its officials say they condemn Nord Stream 2 and continue to “work with Germany and other partners and allies to mitigate any risks that the pipeline presents to Ukvraine and countries on the edge of NATO and the EU, including those to their energy security.” Angela Merkel is making similar moderate declarations. “This [Nord Stream 2] is not a bilateral German-Russian project, but a project of European dimension, because companies from other countries are also part of it,” Merkel said while in Moscow on August 22. These words are extraordinarily impertinent because two countries concocted the project and put it into practice––Germany and Russia. The energy project hits European security and crumbles the EU’s energy solidarity. There are only 15 kilometers left to finish the link, Putin told Merkel during their Moscow meeting. Construction of the Nord Stream 2 gas pipeline from Russia to Germany is expected to be completed by September 12. Gazprom said its Nord Stream 2 could deliver 5.6 billion cubic meters this year. It means the company expects the first string of the pipeline to start operating in October. The Russian energy giant informed about its intention in the document outlining its figures from January to July 2021. However, in order for the first Nord Stream 2 line to become operational, it is necessary to complete the technical certification process, verify the integrity of the pipeline, and fill the pipe with gas. Russian foreign minister Sergey Lavrov said the new gas link would allow gas flows via the shortest route possible while Russia would continue to abide by its already existing gas deals with European states. “At the same time the transit countries will have to compete in the future for the right of transit, instead of trying to dictate their own terms,” Russia’s top diplomat noted. Only the naive can count on Moscow not using Nord Stream 2 to hit Ukraine. At the press conference after meeting Angela Merkel, Putin made it clear that Russia might extend transit capabilities through Ukraine on terms that would favor Moscow only if Europe declared sufficient demand for Russian gas. In a nutshell, Moscow makes the transit dependent on new deals with EU customers, thus an increase in Russian gas imports; after all, Nord Stream, Nord Stream 2, and TurkStream will be already operational. These routes will primarily serve to pump Russian gas westwards while the remaining flows could at best pass through Ukraine. But EU countries need to increase their demand for Russian gas if Ukraine still wants to be a transit country for Russian-made energy commodities. Meanwhile, it is clear that at some point it will begin to decline due to the EU’s green agenda. But then the Kremlin could halt gas transit through Ukraine and blame Europe for that.