Nowadays, we can observe that the profile of a Polish immigrant, who travels around the world more and more frequently, speaks at least a few foreign languages and has a strong urge to improve his/her job qualifications, is constantly evolving. The Polish people have proved many times that they are a valuable asset to a host country. The existing strategy of promoting Poland overseas should be thoroughly reviewed in order to fully unleash the potential that is currently at our disposal abroad. A new strategy should incorporate the dynamic changes that have occurred in the last two decades and place special emphasis on the use of modern technology and means of communication, allowing the young generation of immigrants to keep stronger ties with their motherland. 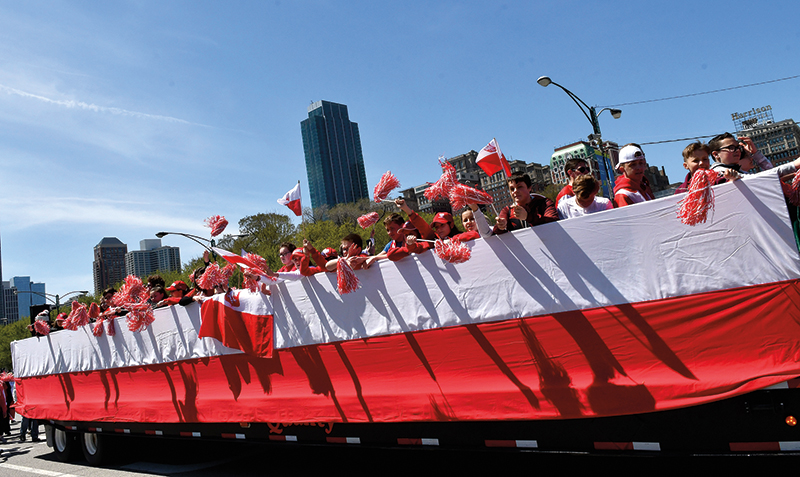 Until the 1990s, the migration of Poles was inextricably linked with certain historical events occurring in the country, such as the November Uprising of 1830 and the January Uprising of 1863 as well as World War I and World War II. Poles who suffered considerable repression in their homeland were forced to flee the country. Among the main migration destinations were the United States, Canada, Brazil and Australia. According to the latest report published by the Warsaw Institute Review (WIR) entitled “In Pursuit of Utopia: Poles in the World, and Poland in the Eyes of the World”, it can be concluded that although we are not able to estimate the exact number of Poles living in the afore-mentioned countries, we are aware that their level of involvement in promoting Poland abroad as well as their very sense of Polishness varies considerably. To illustrate this phenomenon, it seems best to compare the situation of Poles living in the United States and Brazil. Thanks to its lobbying activity, the Polish American Congress under the leadership of Jan Nowak-Jeziorański had a significant impact on Poland’s accession to NATO. Such an initiative could therefore be described as exceptional. Today, however, the Polish diaspora in the United States is not that much engaged in Poland’s affairs. In Brazil, the situation of Polish expats was entirely different. As a result of the decision of President Getúlio Vargas in 1938, the Polish diaspora (just like other national minorities) was deprived of the right to use the mother tongue and to cultivate Polish traditions. Therefore, the next generations of Poles could not speak the Polish language, and their ties with the country of origin weakened significantly.

In the light of the above examples, the difficulty stemming from the use of only one strategy to promote Polish culture abroad becomes apparent. Therefore, it is essential to conduct more extensive social research on the Polish diaspora in each of the countries where Poland intends to strengthen its presence. Such research would allow to develop a strategy that takes into consideration the individual characteristics of the internal policies in the countries inhabited by the Polish diaspora. So far, the strongest promotional arsenal of Poland has been consulates and embassies, which very often hold the patronage over the most important events promoting Polish culture. Still, there is a constant need to seek new forms of communication. Based on the above-mentioned report, the Warsaw Institute Review, the Warsaw Institute Foundation and the magazine All That Matters (Polish: Wszystko Co Najważniejsze) held an expert debate devoted to the contemporary Polish diaspora. Among the panellists was Ms Iwona Kozłowska, the Director of the Department for Cooperation with Polish Diaspora and Poles Abroad at the Ministry of Foreign Affairs of the Republic of Poland, who stated that creating events or releasing new publications devoted to the Polish diaspora is already in itself an excellent starting point for popularising the issue.
However, in our opinion, this is not enough. One of the main recommendations of the WIR report is an urgent need to revise the current strategy for promoting Poland abroad. There is also a high necessity to carry out promotional activities under the auspices of the state administration that would go beyond the standard communication framework. The new strategy should be adjusted to modern technological trends so as to maintain stronger ties with the young generation of immigrants. Both Polish society as well as the entire political elite should not only be aware that the lack of interest in the Polish diaspora is a mistake, but they should also recognise its promotional potential and importance in the world.

It is worth remembering that the promotional strategy is not only aimed at social promotion and the popularisation of the nation. National marketing, that is, the promotion of one’s own culture, traditions as well as own export products forms an essential part in the process of increasing the competitiveness of domestic companies and products on the international arena, and thus increasing the attractiveness of the Polish economy. According to the Nation Brands Ranking of 2011, the Polish national brand was estimated to be worth $270 billion. Seven years later, its value increased up to $650 billion, giving Poland 23rd place in the global ranking. The Polish Investment and Trade Agency is in charge of promoting the Polish economy abroad. This government agency assists Polish investors in expanding into foreign markets by conducting industry expert surveys, preparing reports on Poland’s trade exchange and organising training courses for companies. Among the best performers on foreign markets are: LPP (a company known for its clothing brands such as Reserved and House), CCC (a shoe-making company) and Tymbark (a major producer of fruit and vegetable juices). According to the data for 2017, Polish companies exported goods for a total of €203 billion, which was a 10% increase as compared to 2016. Polish products are becoming more and more competitive due to their high quality paired with a low selling price. Unfortunately, the assistance offered to entrepreneurs is insufficient. Polish entrepreneurs have at their disposal several support programmes such as “Industry Promotion Programmes” and “Polish Tech Bridges”. However, although there are, of course, many other forms of supporting Polish investors, entrepreneurs have repeatedly stressed that the complicated procedures for obtaining subsidies discourage them from opening up to new markets. Therefore, the new promotional strategy should also focus on the development of Polish economic diplomacy, henceforth based on more transparent regulations.

The Polish diaspora and its promotional potential

According to the concept of “nation branding” created by Simon Anholt, national citizens living in another country become the best source of national communication. It is thanks to the activity of the Polish diaspora that Poland is able to shape its image abroad in the most effective way. Each of our compatriots living outside the homeland is an honorary ambassador of our country. Taking into account the fact that, according to various estimates, there are over 20 million Poles living abroad, an unofficial multi-million diplomatic corps is now within the reach of the Polish authorities. The best form of support for Polish communities is, in our opinion, to increase funding for their current activity, which should be conducted in close cooperation with Polish diplomatic establishments. In principle, such cooperation would be based on the communication of the current directions of promoting Poland abroad.
However, the potential of the Polish diaspora is not limited to purely marketing functions. Representatives of Polish communities also have considerable economic, cultural and educational potential. By getting rich abroad, our fellow countrymen increase their purchasing power in Poland, do shopping, invest or simply send funds to support their families and friends. Furthermore, by, among others, learning the Polish language, attending Polish schools, and even by upkeeping the traditional way of celebrating Polish holidays and customs, not only do Polish emigrants preserve Polish traditions and culture, but they also pass down this knowledge and customs to next generations. Thanks to the upkeeping of Polish customs and traditions, a new generation of Polish expats, which fully understands the on-going technological changes and has no trouble in knowing its way around in the modern world, is entering the labour market. This new generation may become an excellent asset in promoting Poland abroad.