A New Opportunty in Poland’s Energy Policy and Energy Security after the 2019 Parliamentary Elections.

The most recent parliamentary election campaigns, which took place in 2019, did not bring new elements into Poland’s energy policy. Debates and discussion were largely unimpressive and none of the political blocs put forward ideas that could presented newly added value. The problems in energy policy are serious. In the next and following parliamentary terms thereafter it will not be possible to evade them. Issues pertaining to electricity prices and energy security are categorically considered among the most pressing among societal opinions. 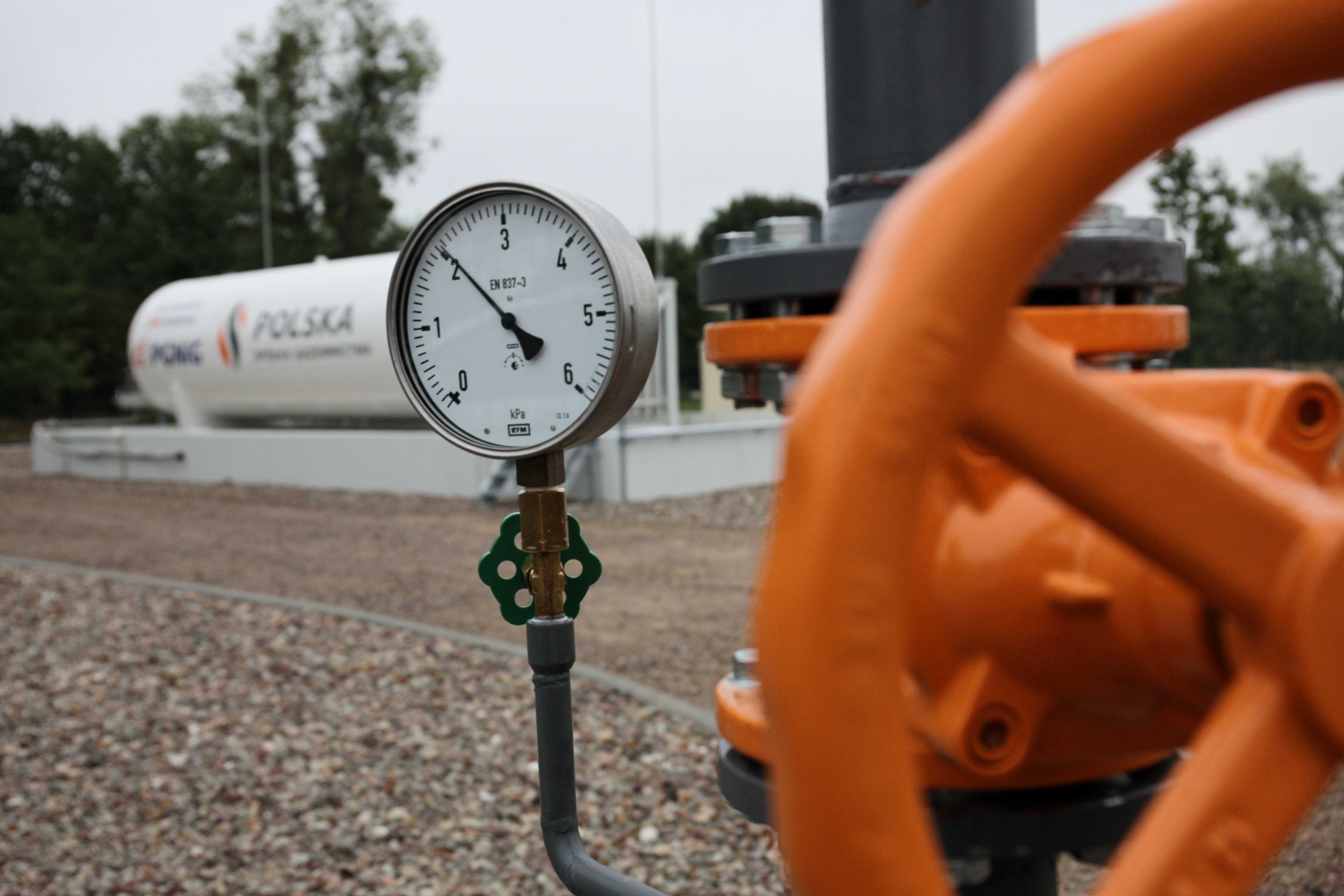 The most recent parliamentary election campaigns, which took place in 2019, did not bring new elements into Poland’s energy policy. Debates and discussion were largely unimpressive and none of the political blocs put forward ideas that could presented newly added value. The problems in energy policy are serious. In the next and following parliamentary terms thereafter it will not be possible to evade them. Issues pertaining to electricity prices and energy security are categorically considered among the most pressing among societal opinions.

Consider: 54.5% of Polish women and men are strongly worried about a deteriorating economic situation; 53.6% are worried about a worsening state of the environment; 70%, are worried about tax increases; 65.2% about increases in food prices; 63.9% about a crisis in healthcare; but as much as 63.6% fear an increase in electricity prices . It could be argued that there is an apparent incongruity in the logic and perception of voters, where they consider environmental issues a significant threat on the one hand and electricity prices on the other result from a lack of discussion; and in it, a blunt but honest acknowledgement that improving the quality of the environment requires paying, among others, increased electricity bills. Taking into consideration the growth of household income in Poland during the last 4 years of PiS rule, there is space for increasing electricity prices. The average monthly household income per person increased from PLN 1,386 in 2015 to PLN 1,693 in 2018. The share of expenses in disposable income decreased from 78.7% to 70.1% in the same period.

Regrettably, politicians were more inclined to reassure voters that they would guarantee the current level of electricity prices. In the context of an economic slowdown and the situation of energy enterprises, this is not feasible. Without an increase in electricity prices, it is not plausible to implement an energy transformation in a way that will not lead to an energy fragmentation of Poland.

The determinants of energy policy include not only the issue of citizens’ convictions in the field of energy policy, but also the issue of restrictions resulting from lacking sufficient quantities of the country’s own oil and gas resources, alongside increasing pressure from the European Union, with that from its strongest countries (Germany and France) in the energy sector using oil and gas as a political and economic tool for Russia’s influence onto Poland, as well as institutional, cultural and analytical weaknesses, including disinformation . The aforementioned catalogue sets out the challenges facing energy policy in the coming years.

The main challenge confronting energy security and the quality of the coherent implementation of energy policy are the shortcomings in Polish politics and limited willingness to compromise. The Energy Policy of Poland by 2040 (EPP by 2040), having been prepared by the Ministry of Energy, inopportunely did not leave the project-planning stage, which results from a misunderstanding that creating energy policy is a political process that requires dialogue. The consequence of this inaccurate assessment is the dissolution of the Ministry of Energy, with the creation of which in 2015, many people had associated a qualitative change. Nevertheless, despite these weaknesses, the Baltic Pipe project, the expansion of LNG and the development of the transmission infrastructure are crucial for energy security and the future of energy policy. Their implementation gives the opportunity for a strategic maneuverability from 2022 and after. Poland will be able to meet all the needs for gas imports from a direction other than Russia, increase its regional significance, and use gas as a transition fuel in the transformation period.

Wriggling free from the grip of the Russian bear does not mean, however, that energy security issues will be instantly resolved. This is but one of the pieces of a much broader energy security puzzle, the key to which is to possess technology that facilitates a competitive economy in terms of natural resource-energy characteristics.

Research on the potential of low-emission technologies indicates that Poland does not have a satisfactory number of patents guaranteeing the use of native technologies to strengthen energy security in this area. Alongside some infrastructural inadequacies in gas networks and the possibility of purchasing gas from a supplier other than Russia, this is probably the most crucial limitation. In the post-2022 phase of better maneuverability from Baltic Pipe and other infrastructure, Poland can feel much more assured that it can look to a paved way to increase the proportions of renewable energy in its sector. As such, the ability to prepare adequate low-emission technology capabilities from now until the said post-2022 phase, has already become an important factor for Poland’s energy security. 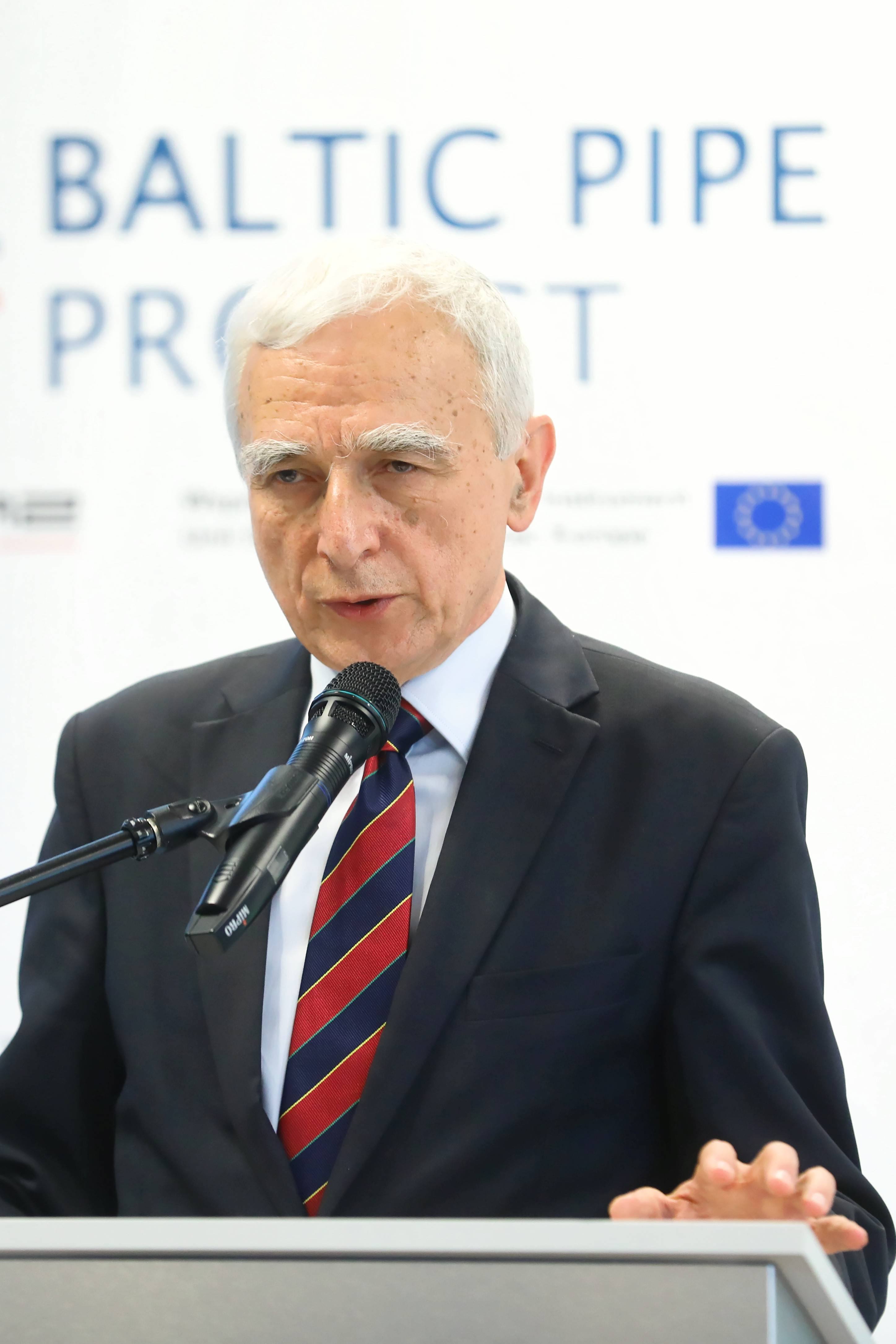 A comparison of countries with similar GDP indicates that they enjoy significantly more patents in the field of low-carbon technologies than Poland (see Figure 1). Undoubtedly, this fact may be influenced by the conditions of culture and energy policy, weaknesses in strategic thinking as well as analysis and management problems specific to countries undergoing transformation, to which Poland is afflicted by.

Patent applications in Poland dominate in the group “thermal processes and devices”. The change in development research directions, suggested by the growth of patents in a particular group, requires a political decision regarding the future structure of the energy mix, i.e. a departure from path dependency. The drafted but not yet implemented EPP by 2040 and its amendment – a few days after the election but before the liquidation of the Ministry of Energy – has resulted in a lacking clear definition of the direction in which research should be conducted.

Of course, the adoption and implementation of the “Clean Air” program, which assumes thermo-modernization of buildings and change of heat sources, or other programs, may be an impulse to conduct research. Yet these will be addressed to individual recipients, i.e. households or an audience where the amount of funds may be insufficient with regard to the wider purpose. Thus, their impact on research and development of technologies needed by the entire economy is limited. The data contained in the Patsnap database indicate that this problem does not concern only Poland, but the entire region of Central and Eastern Europe.

Only a small number (7%) are active in the Patspan patent database. Based on the said research of the database, 130 active patents were identified. Most of these patents were published relatively recently, i.e. in the years 2016-2019, but there were also precedents. Hence it can be assumed that they constituted solutions to the latest current problems. The most active concerned wind energy (43), followed by heat management (30), and then by heat pumps (29), biogas (18), biomass (5), biofuels (4) and thermal hybrid (1). Patspan data do not really constitute a source of consolation, but timely signal the need to get out of technological marginalization. In the CEE countries, almost 21% are patents registered by companies with foreign capital, which proves the existence of a certain correlation between FDI inflow and an increase in eco-innovation. Thus the deduction that one of the ways to overcome marginalization is targeted FDI.

Poland as an opportunity for business

Increasing pressure on the electric energy sector from the strongest European Union countries, technological weaknesses in the field of low-emission technologies, import of electricity from abroad and prices of electricity on the wholesale market, altogether, aptly make Poland an excellent market for investment. Average electricity prices on the wholesale market in Poland in 2017 amounted to 158 PLN per MWh, and in 2018 to PLN 225 per MWh. Converted into Euros at a rate of 4.3 PLN, it equals 36.74 Euros in 2017 and 52.3 Euros per MWh, respectively. The prices obtained during auctions held in Poland in wind technology ranged from 157 to 216 PLN per MWh. The decreasing prices of renewable energy technologies, both in wind and solar energy, mean that in the coming years an increase in renewable energy investments from domestic and foreign investors should be expected, even without support mechanisms in the form of 15 year-term guaranteed support. The first investments in solar energy (500 MW) with the participation of Chinese capital and investments in wind by Polenergia have already been announced.

Completion of the 2022 gas infrastructure expansion, resulting from a reluctance to import Russian gas to Poland, will reduce the hindrances of renewable energy development considerably. Thus, it should be expected that the government in Poland will employ a strategic maneuver to increase the share of renewable energy in the energy mix. Given the experience gained so far regarding problems in the formulation of energy policy, this process will be spontaneous and based on economic calculations of enterprises. At present, individual signals indicate that even despite the lack of government action, economics inexorably pressures such solutions to be undertaken by enterprises.

An open question persists on the response of large energy companies in Poland to regulatory and market changes that are causing a decrease in the profitability in producing electricity from coal. If they want to survive, they have probably already begun to consider investing in low carbon technologies, i.e. renewable energy or nuclear. Such projects are evident in investment portfolios. The most promising from the point of view of the state’s energy policy is the construction of offshore wind farms due to the possible generation of electricity, and making this technology an export product that increases the competitiveness of our economy.

The technological gap between Poland and the leading countries with renewable energy technologies cannot be overcome quickly – by 2022 – though focusing on supporting this area is imperative for Poland’s energy security. A significant constraint on the harmonious development of renewable energy is the attachment to the current path’s dependency policy and multiple weaknesses resulting in a lack of calculated steps in energy policy. Its adoption would give a clear signal to enterprises what actions from the government should be expected in this and in the next terms, which would result in reducing the political risk of investment. This, in turn, involves reducing costs and encouraging increased spending on research and development, which is particularly important from the perspective of energy security.

Currently, the key to the development of renewable energy and a possible strategic maneuver is the completion of the Baltic Pipe and the development of other elements of the gas import and transport infrastructure. Without this, Poland’s energy policy will be limited. The actions undertaken so far in this respect indicate great determination and initial successes in the implementation of these investments. However, on a more worrisome note, the closer these are to reaching completion, so are the possibilities its foreign opponents would take action against it, most notably in the form of devising pressure on the government, disinformation, and other actions characteristic of hybrid war should be anticipated.