NATO in the 21st Century

Preparing the Alliance for the Challenges of Today and Tomorrow 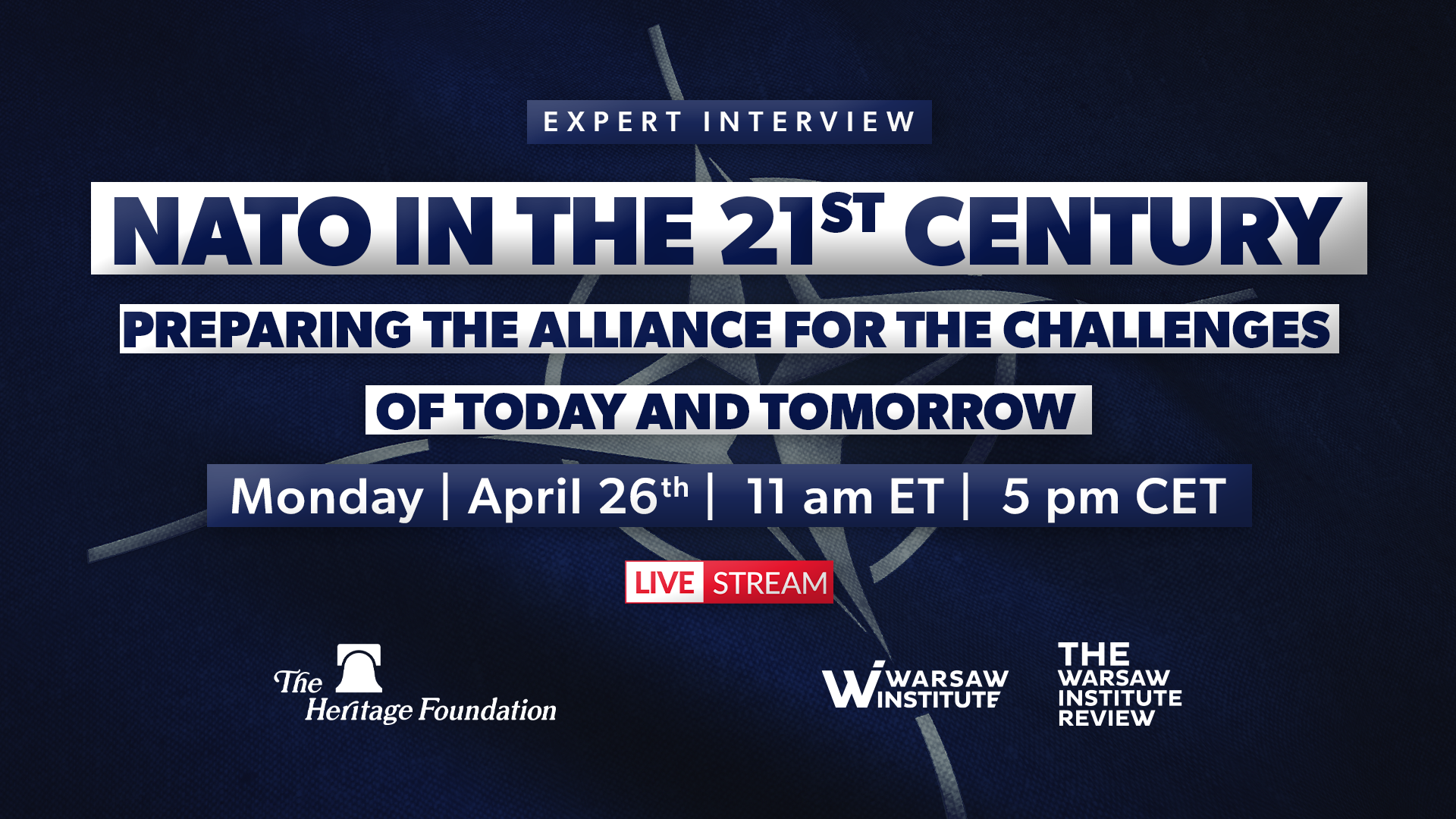 NATO in the 21st Century

Preparing the Alliance for the Challenges of Today and Tomorrow

Register via Eventbrite to receive a reminder and a direct link to the stream 10 minutes before the event:

Mr. Tomasz Kijewski is the president of the Warsaw Institute – a leading think-tank in the Central and Eastern Europe focusing on international relations, hybrid warfare and energy security.

He is a graduate of the national security study program (PASS) at the George C. Marshall European Center for Security Studies (Garmisch-Partenkirchen / Washington DC). For many years he served as a diplomat in North America. The areas of Tomasz’s expertise include hybrid warfare and asymmetric conflicts, counter-terrorism, and energy security. He is currently preparing his doctoral dissertation (PhD).