As for its image, the FIFA World Cup opening ceremony could not have the same effects as the inauguration of the Olympic Games in Sochi. The recent event was attended by numerous world leaders who arrived to Moscow mainly from Asia, Africa, Latin America and post-Soviet countries. But even the visit of the heir to the Saudi throne has brought some fruitful results. Nonetheless, apart from conducting “football diplomacy”, Russia is clearly flexing its military muscles. What is the reason of such behaviour? The Kremlin once again put Donald Trump first so it does not come as a surprise that Moscow begins to implement its strategy before a planned summit between presidents of Russia and the USA. 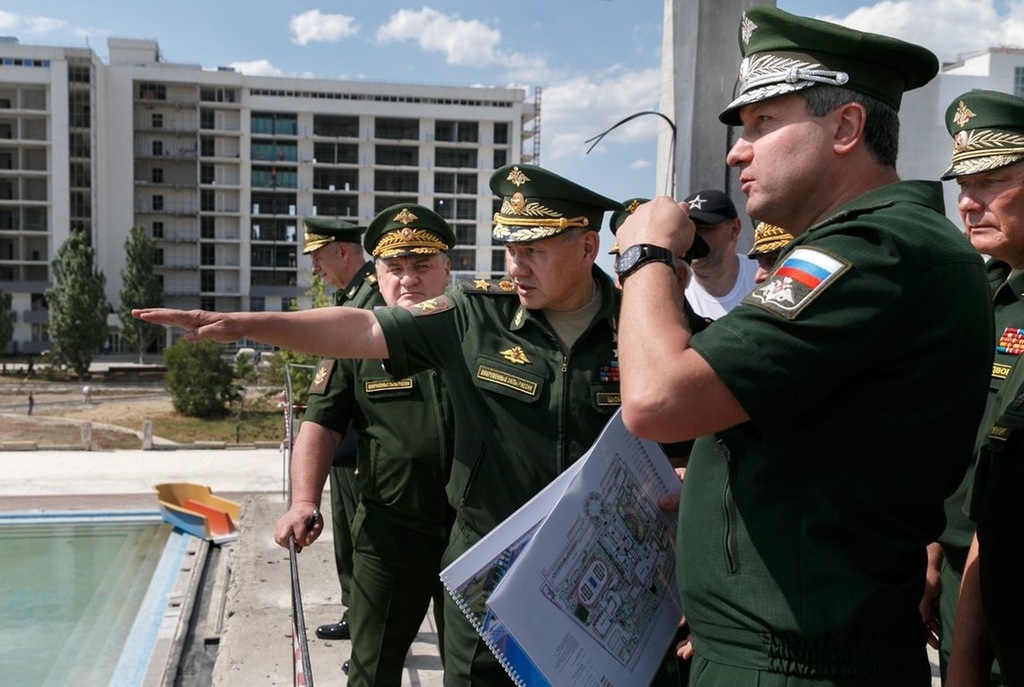 As it could be seen in the past, Vladimir Putin takes advantage of large sports events to implement his own geopolitical goals. In 2008, right after the beginning of the Beijing Olympics, Russian forces invaded Georgia. A similar situation occurred in 2014 when Russian little green men were ready to start the illegal annexation of Crimea; the incident had taken place before the Olympic Flame in Sochi was extinguished. A few months later, during the FIFA World Cup in Brazil, the world witnessed the bloodiest stage of the war in Donbas while a Russian missile brought down Malaysia Airlines Flight 17 in eastern Ukraine. Now there is a threat that Moscow will use the global interest in the football event for its own purposes, this time to carry out some other aggressive actions. The day before the FIFA World Cup opening, thirty-six warships, auxiliary vessels, and submarines of Russia’s Northern Fleet took to the sea. The larges exercise held over the last decade aimed to emphasize the country’s growing military position in northern Europe; at the same time, they constitute a blatant signal for Norway. At the same time, the Russian army held intensive missile exercises; the military drills took place on the western flank of the country (Kaliningrad region) and included the use of Iskander missiles.

However, such state of matters may be most troublesome for Ukraine. Several rocket ships of the Caspian Flotilla have just been introduced into the Sea of Azov. Also Russian Black Sea Fleet has declared combat alert. Why? Russia has claimed that it only wanted to prevent Ukraine from conducting any activities during the World Cup. Nevertheless, the Black Sea Fleet will maintain such high degree of combat readiness until the end of July, so two weeks after the end of the football championship. Kiev has already alerted that Russia might plan to attack the country after the World Cup. Such a scenario would explain why VladIslav Surkov managed to retain his position as the Kremlin’s watchdog over the policy towards Ukraine and the Donbas case. However, Mr Putin is unlike to introduce any offensive strategies right after Russia’s image success. Instead, his demonstration of power may be associated with his potential meeting with Donald Trump this summer. Traditionally, the Russians seek to raise the stakes before such important talks; in this way, they may later accept some concessions in the matters of the geopolitical trade. The Kremlin hopes to introduce a new opening in its relations with the White House after Mr Trump’s behaviour during the G-7 summit and his recent declarations that he wanted to meet with the Russian President.