On June 13, Vladimir Putin issued a package of decrees on nominations and dismissals in his presidential administration. In fact, he reappointed the entire management. Interestingly, Mr Putin decided to fire his aide in charge of personnel as well as he appointed two siloviki who had hitherto served in the FSB structures. In turn, such presidential advisors as Yury Ushakov and Vladislav Surkov will retain their positions; such a situation does not mean any revolution in the Kremlin’s foreign policy. 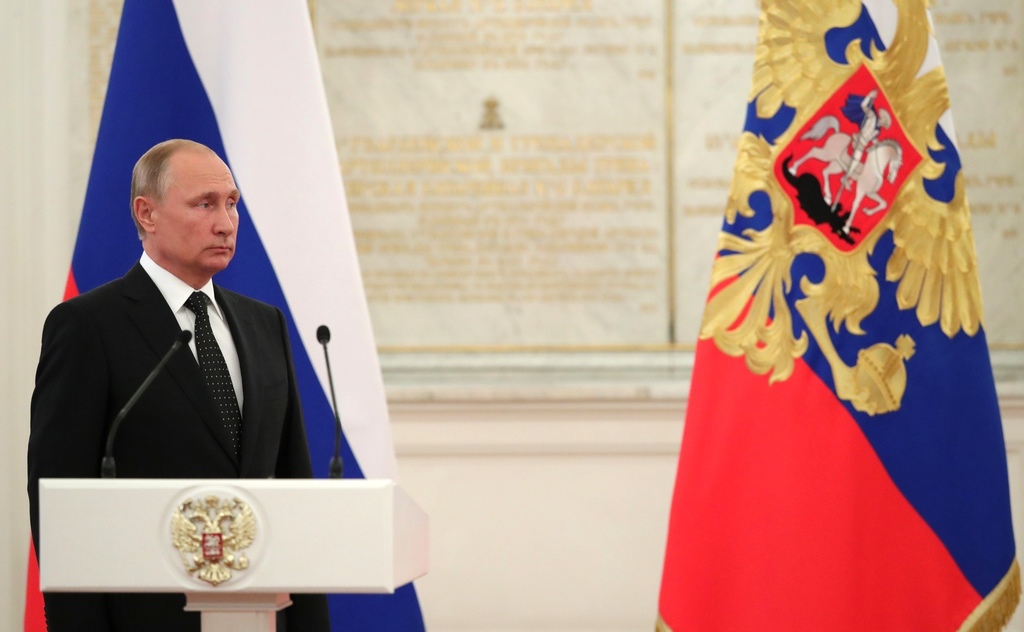 The appointment of the new presidential administration constitutes the second (after forming the cabinet) important element of the new term of office of each president. On June 13, Vladimir Putin signed executive orders on major staff and key officials of the Presidential Executive Office. It was expected that any decision would be made sooner but, as in the case of appointing a new government, it was postponed until the last moment. The composition of the new administration was revealed only a month after the start of Mr Putin’s new presidential term. It was told that the Russian government had not experienced any revolutionary changes; the same can be now said about the presidential administration. It is obvious that the Kremlin will strive to continue its policy. Major changes were introduced in the summer 2016. Even the management has not been touched with any substitutions: Anton Vaino will be still the Chief of Staff; the new administration will also include his two deputies: Alexei Gromov and Sergei Kiriyenko. Both of them (as well as Mr Putin’s spokesman Dmitry Peskov) were said to leave the Kremlin in order to get involved in business activity. Contrary to many rumours that have appeared in the media, also presidential advisers will retain their positions in the Kremlin. Among them, there are such officials as Yury Ushakov (Putin’s assistant for foreign affairs), Vladislav Surkov (President’s aide for Ukraine), and Andrei Belousov (presidential advisor for economy). The fact that Mr Surkov managed to keep his post seems particularly important for the West. As the Kremlin’s representative, he is responsible for conducting talks on Ukraine with the Americans; in addition, he enjoys large influence in the occupied part of the Donbas. His presence at Mr Putin’s new presidential administration may mean that Russia will maintain its current position on Donbas; moreover, there will be no personnel changes in the so-called “people’s republics”.

It may come as a big surprise that Evgeniy Shkolov has been dismissed from the post of the President’s main aide in charge of personnel policy and anti-corruption. He decided to leave the Kremlin and start a business career in the board of directors of Russia’s state-owned electric power company. It is very likely that the supervision over human resources and siloviki in the Kremlin administration will be taken over by a new presidential assistant Anatoly Seryshev. Previously, he served as deputy head of the Federal Customs Service as well as he was changed of the FSB structures in Karelia. Mr Shkolov has close business relations with former Chief of Staff of the Presidential Executive Office Sergei Ivanov; moreover, he apparently could not get along with Mr Vaino who was appointed the head of the presidential administration in August 2016. In the years 1990-2011 Mr Seryshev served in the security service in the Irkutsk region while in 2011-2016 he was in charged of the FSB structures in Karelia where he met Nikolai Patrushev. And it is probably that his impressive promotion to the current position could have been achieved thanks to the recommendation from the Secretary of the Security Council of Russia. The vacancy left by Konstantin Chuychenko, who has been appointed deputy prime minister, has also been filled. Such important position has been assumed by FSB General Colonel Dmitry Shalkov. Nevertheless, the President’s adviser, Sergey Grigorov, as well as assistants to the head of the state Vladimir Kozhin and Mr Putin’s Internet adviser German Klimenko were dismissed from their posts.