More U.S. Marines to Be Deployed in Norway? Russia Protests and Threatens

The government in Oslo has recently suggested that the United States double the number of U.S. marines stationed in the country as well as deploy them closer to Russia’s borders. Such move has already triggered a violent response from Moscow as it strongly disapproves of any steps aiming to strengthen the military potential of NATO countries in the north. For several years, Russia has been intensively developing its military capabilities in this area, mostly by expanding infrastructure facilities as well as increasing the number of troops stationed there. The Norwegian Arctic is very important for Russia as evidenced by the country has recently set up another its fifth territorial military district. So it does not come as a surprise since the region is located very close to the U.S. territory while the North Sea holds enormous oil and gas reserves. 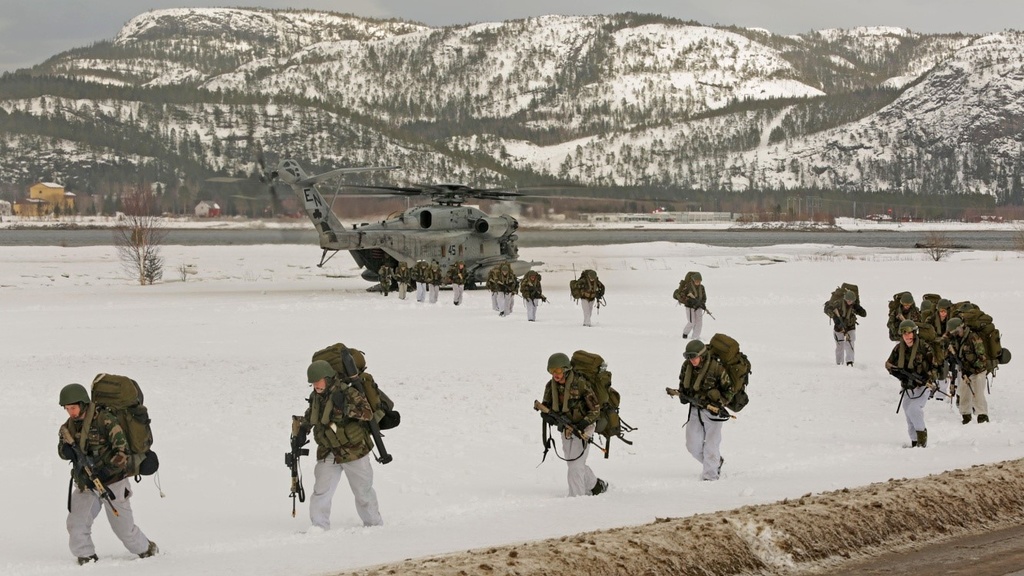 On June 12, Norway’s government informed that it would ask Washington to increase the number of American soldiers in the country. Since January 2017, some 330 U.S. marines have stationed in the Værnes Air Base in the central part of the country. The Americans were the first foreign soldiers who began to be deployed in Norway since the beginning of Oslo’s presence in NATO. They change every six months as Oslo emphasizes that they are stationed due to the “rotation principle”. Now Norway plans to extend the contract for five more years as well as to double the number of troop (700, compared with 330 presently). The Americans would also be deployed in the north of the country, which must certainly annoy the Russians. Norway’s Foreign Minister Ine Eriksen Soereide (who also served as Defence Minister in the years 2013-2017) said that additional U.S. troops would be stationed in the Setermoen military base located in the Inner Troms region in the Norwegian Arctic (about 420 km from the Russian border). The government’s request in Oslo has already been supported by the parliament. On June 13, Norway’s Defense Ministry also announced that the Americans wanted to build infrastructure accommodated up to four U.S. fighters at Rygge Air Base in southeastern Norway (70 km south od Oslo).

On June 13, Russia’s North Fleet set out on the Barents Sea for the largest sea exercises since ten years ago. The following day, on June 14, the Russian Embassy in Oslo issued a statement that putting Norway’s plan into practice would make the country “less predictable and could raise tensions as it may eventually transform into an arms race and destabilize the situation in northern Europe.” They also added that they “consider them to be clearly unfriendly so they cannot go without consequences.” The Russians have also argued Norway’s claims that the U.S. troops are deployed on a rotational rather than permanent basis are misleading; “the military presence will be continuous, while troops will change regularly”, they said. Russian diplomats in Norway also reminded that such actions were allegedly counter to the decision Norway made in 1949 not to allow foreign states to set up military bases on the country’s territory until Norway was under attack or threat of attack. Nonetheless, Norway’s Defense Minister Frank Bakke-Jensen has declared that the decision did not mean that a permanent U.S. base in Norway would be established. The issue was commented on by Russian Foreign Ministry Spokeswoman Maria Zakharova on June 15. She stated that doubling the number of American troops in Norway as well as deploying them close to the Russian border undermined mutual trust between both countries. She also questioned the legitimacy of the American presence in Norway; she pointed that Oslo constantly repeated that Russia did constitute any threat to the security of the kingdom.

In addition to rotational forces, U.S. marines have at their disposal several large underground warehouses with equipment and weapons (they have been based in specially adapted natural caves) located in the Trondelag region. In October-November, Norway will host the NATO’s Trident Junction military drills. All 29 NATO allies, as well as Finland and Sweden, are expected to participate in the exercises that will involve the use of 40,000 soldiers, 70 ships and 130 aircraft.