Due to its overall tone and the declarations made, Russian Prime Minister Dmitry Medvedev’s recent visit to Belgrade corroborates the fast-growing pace of the tightening of Russian-Serbian ties. The Balkan state may morph into a somewhat Russian foothold in the Western Balkans as Moscow pushes for boosting its clout across the region. The Kremlin surely will take advantage of local vexation with the EU’s decision to halt accession talks with North Macedonia and Albania. 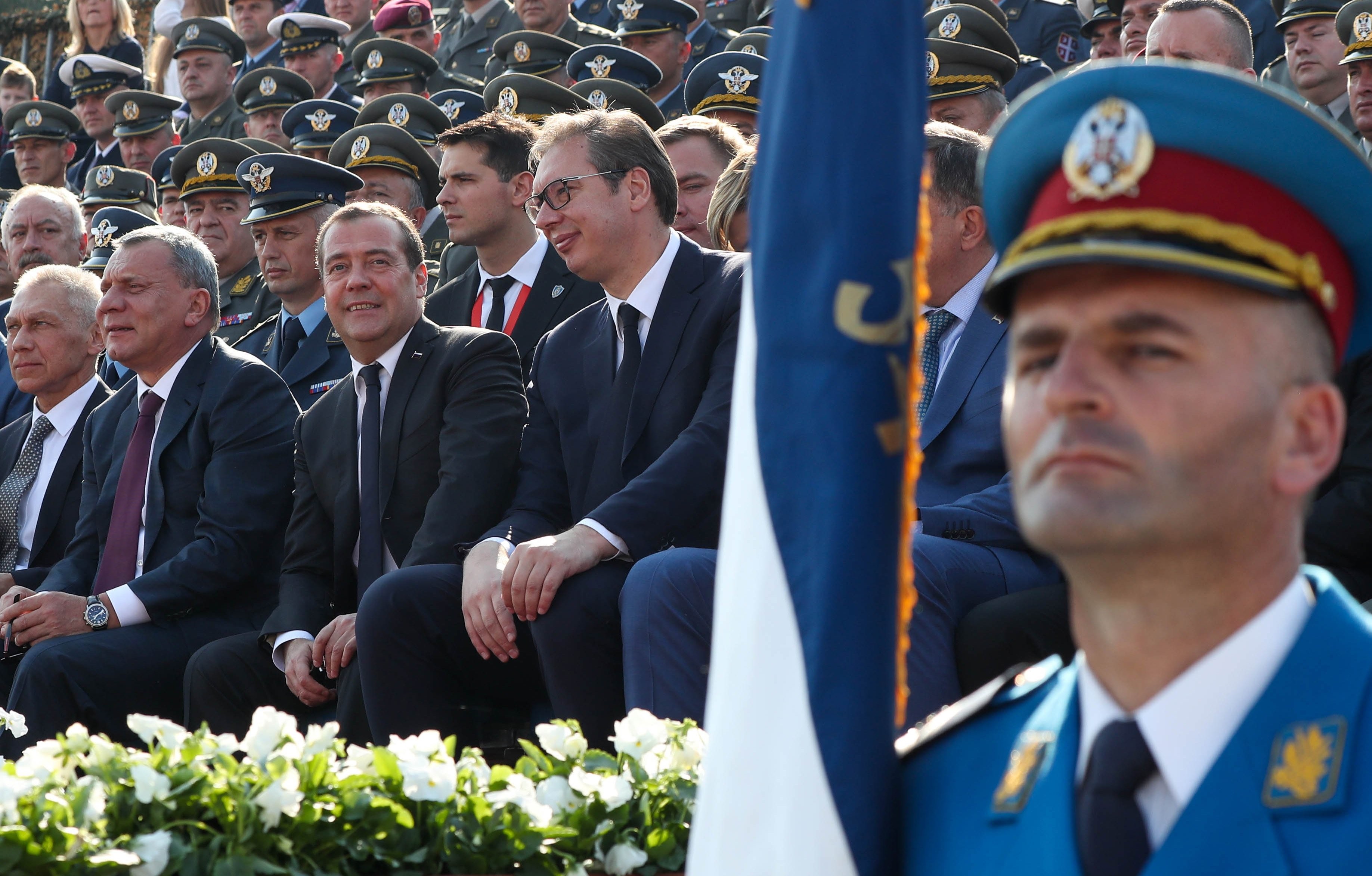 Russia stays ready to support Serbia to maintain its sovereignty and territorial integrity, Russian Prime Minister Dmitry Medvedev said on October 19 during a state visit to Belgrade. Seen as particularly solemn, his trip to the Serbian capital sought to make it clear that these two countries hold a special relationship with each other. The focus was both on the centuries-old friendship between these two nations and their present-day military, political, and economic ties. At a military airport outside Belgrade the Russian Prime Minister and the President of Serbia Aleksandar Vucic watched a military parade of troops, battle vehicles and helicopters preceded by an anti-terrorism drill. Medvedev also delivered an address at the National Assembly of Serbia, where he said Russia wanted the situation in the Balkans to remain stable and safe. Speaking of the Kosovo issue and its dispute with Serbia, he reiterated that Moscow is interested in an exclusively peaceful resolution of the existing problem on the basis of UN Security Council Resolution 1244.

In his remarks, Medvedev devoted much room to the politics of history. Portraying Serbia as a role model in this regard, he rebuked the demolishing of monuments to Soviet troops in Central and Eastern European states while scoffing at what he referred to as “open propaganda of Nazi ideas.” Medvedev announced that Serbia might ink a free trade agreement with the Eurasian Economic Union when his Serbian counterpart Ana Brnabic visits Moscow on October. 25. Later in his remarks, the Russian Prime Minister stated that Serbian plans on rapprochement with the European Union will not impede the country’s links to Russia. Medvedev paid a visit on the 75th anniversary of Belgrade’s liberation in World War II by the Red Army, also to hold talks with the President of Serbia Aleksandar Vucic and the Prime Minister Ana Brnabic. Included as part of the agenda was Medvedev’s meeting with Milorad Dodik, a former president of Republika Srpska (one of the two statelets of Bosnia and Herzegovina) known for his flamboyant nationalist and pro-Russian views.