Thousands were present in the Great National Assembly Square in Chisinau during the so-called “Great Centennial Assembly”, intended to mark 100 years of union between Bessarabia and Romania. The demonstration ended with the adoption of a proclamation requesting the new union of the Republic of Moldova with Romania. In the vote, the union of Bessarabia with Romania is said to be “the only solution for survival and progress”. The Assembly was organized by the Union Action Platform 2012. 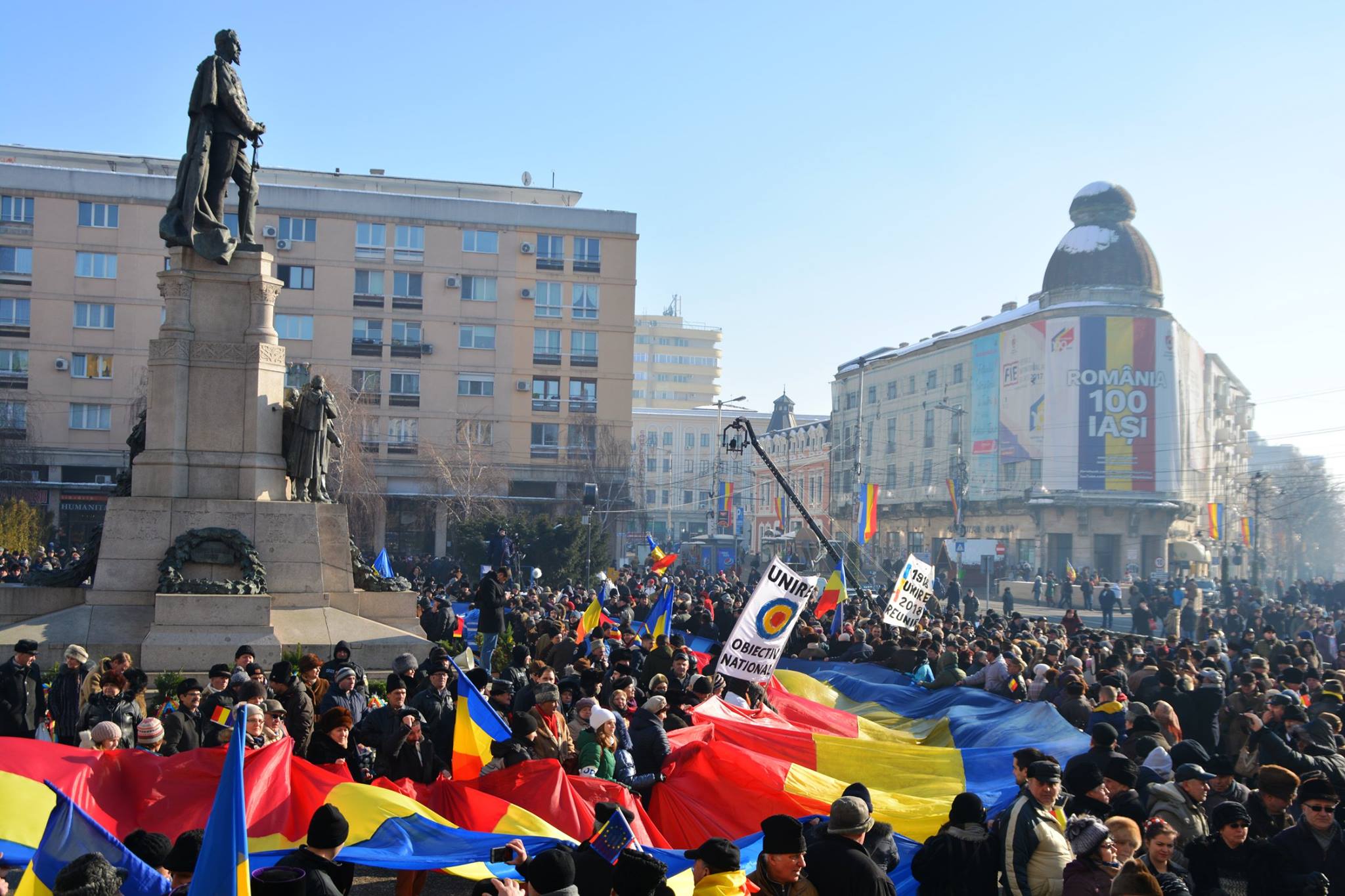 “The Great Centennial Assembly”, dedicated to the 100th anniversary of the union between Bessarabia and Romania, took place on Sunday, in Chisinau, in the presence of thousands of people, being also attended by some Romanian politicians like the former Head of State Traian Basescu and Dan Barna, the president of Save Romania Union Party. During the event, the anthems of Republic of Moldova and Romania were heard and thousands of participants chanted union songs.

The Union Action Platform 2012, a coalition of non-governmental organizations and initiative groups supporting the unification of the Republic of Moldova with Romania, initiated the project of signing a symbolic Union Declaration with Romania, dedicated to local authorities. More than 100 Moldovan communities have already adopted the symbolic act of the Unification of the two Romanian states.

The Proclamation of the Great Centennial Assembly held on March 25 was asking the Parliament in Bucharest to adopt a decision for the “national reunification by peaceful means of the parliamentary democracy and within the limits of the Romanian Constitution”. The same text of the proclamation reads that “the governments that have succeeded in power in the Republic of Moldova, since independence until today, aimed only to enrich themselves by impoverishing the population and maintaining it as a prisoner”.

On Tuesday, at the end of the solemn session dedicated to the 100th Anniversary of the Unification with Bessarabia, the Romanian Parliament stated that “the desire of those Moldovan citizens who support the unification of the two states” is considered “fully legitimate” and that “Romania and its citizens are and will always respond to any reunification event.”

President Klaus Iohannis sent a message on the anniversary of a hundred years since the Unification of Bessarabia with Romania in which he talks about the “political and patriotic gesture that honors the elite of the time” and about the fact that “in times of threats and dangers, Romania assured the protection of Bessarabia”. “For now, our course of convergence is called the European path of the Republic of Moldova, for the success of which our country provides consistent and permanent support”, the president said.

The union of Bessarabia with Romania took place on March 27, 1918 and represented the reunification of the ancient Romanian province of Bessarabia, annexed by Russia in 1812. Bessarabia was the first province to get united with the Romanian Kingdom after the end of World War I. The effects of the Union were abolished on June 28, 1940, when Russia annexed Bessarabia again under the Ribbentrop-Molotov secret pact.