Trump’s decision to withdraw from the Iran nuclear agreement and to re-impose sanctions on the country is now changing strategies of many companies around the world. Russian enterprises are no exception to the rule; the country’s oil company Lukoil has recently announced that it would withdraw from two of its Iranian projects. Nevertheless, the oil giant is likely to retreat from any plans at all as it may be afraid of American sanctions. 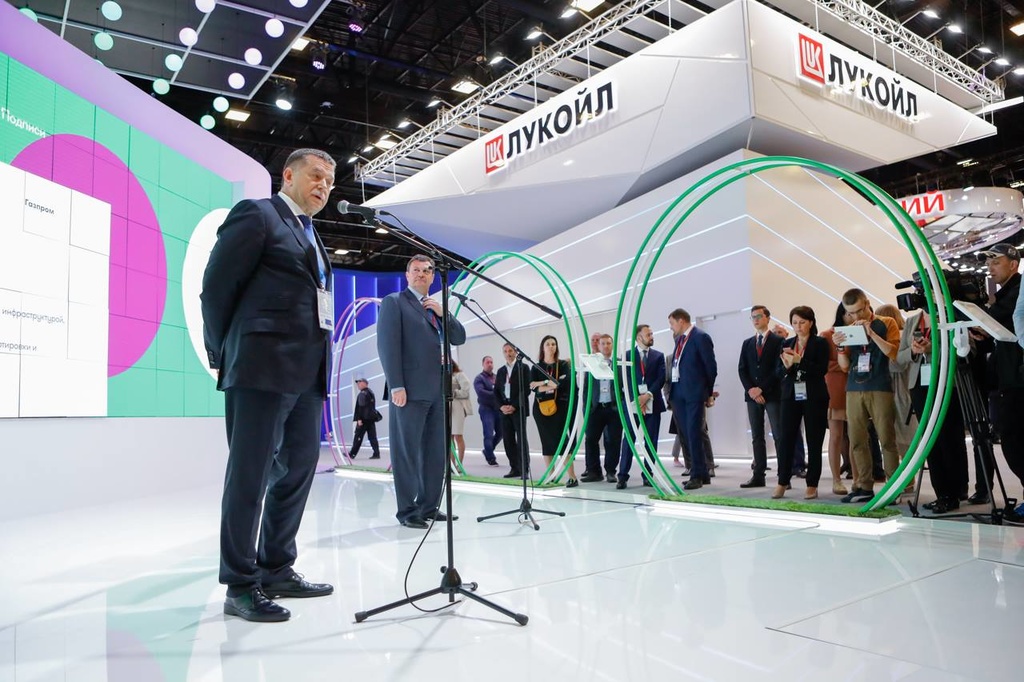 As the company’s CEO Vagit Alekperov announced at the St Petersburg Economic Forum, the company is now considering only one project in Iran instead of two, as it has been discussed before. Lukoil is currently interested in the Ab-Teymur field. In addition, Iran will implement the Mansouri project jointly with other companies, Mr Alekperov said. He noted that Lukoil “is not doing any sudden movements but it rather seems to assess the risks”. The oil giant planned to exploit the Mansouri oil field located in the Khuzestan province. The tender for its development was announced by the National Iranian Oil Company in summer 2017. Apart from Lukoil, Indonesia’s state oil company, Pertamina also applied to develop the field. This winter, Lukoil was in talks with Pertamina and Denmark-based Maersk on establishing a consortium for the Ab-Teymour and Mansouri oil fields. At the beginning of April, Mr Alekperov announced that he would expect to sign contracts with Iran in 3-4 months. In both cases, Lukoil was the favorite to win the tender.

The company’s CEO has recently admitted that it has to think about its plans in Iran since “it has been quite active in the U.S. market”. The situation is related to the sanctions imposed on Iran by the Americans. It is hard to believe that Lukoil did not take into account the fact that the USA might possibly withdraw from the agreement with Iran, as suggested by Lukoil’s CEO. However, the same may apply to other Russian companies. In March, Russian state-owned energy firm Zarubezhneft signed a deal to boost production at two oil fields in western Iran.The Russians made such a decision in a situation of increasing tension between Tehran and Washington. The contract with Zarubezhneft constituted yet another move aiming to strengthen energy cooperation between Russia and Iran. The NIOC signed a number of deals with Gazprom on exploiting the South Pars field in 1997; in the previous decade, it also concluded some agreements with Gazprom and other Russian companies. In 2013-2014, Iran and Russia signed agreements on research, production and infrastructure developmentt of a total value of 10 billion dollars. In 2016, Gazprom submitted a formal request to become a partner of the NIOC in the construction of the country’s first LNG plants. In July 2016, Russia and Iran signed a new five-year strategic energy plan.