Investments led by Russia’s largest private-run gas firm Novatek are backed both by the Kremlin and regional authorities. The company’s plans to set up further liquefied natural gas (LNG) facilities in the Russian Far North is to serve multiple purposes: increase LNG output in the country, improve Novatek’s results while boosting Russia’s shares in the global LNG market, and provide an economic stimulus to the areas located in the close neighborhood of the Northern Sea Route, where Novatek’s liquefied natural gas is expected to be shipped to both Asian and European markets. 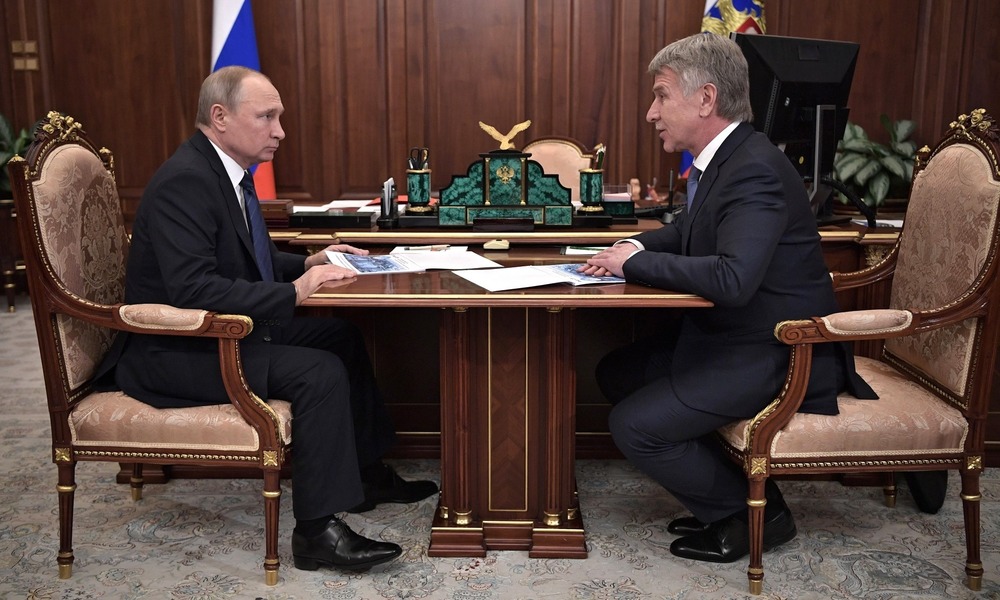 Novatek remains the unquestionable leader of the domestic LNG segment in Russia’s Far North. The gas giant is currently involved in a process of developing several LNG projects based on the huge resources of the Yamal Peninsula and nearby Gydan and the Kara Sea. Also, the Novatek-operated Yamal LNG export facility is fully operational after extending its annual capacity to 16.5 million tons. The Arctic LNG 2 project is currently being developed, with the annual capacity scheduled to reach 19.8 million tons. It will be based on the hydrocarbon resources of the Utrenneye field. Another large project, yet in its planning stage, is Arctic LNG-3. Most LNG produced in the Far North will be shipped by a new fleet of tankers that will be able to operate under harsh weather conditions in Europe and Asia.

Novatek intends to construct plants for construction of platforms for upcoming LNG projects close to the port of Murmansk. Novatek is in the process of building major plants in Belokamenka, a site on the western bank of the Kola Bay. Construction started in the summer of 2017. In a meeting with President Vladimir Putin on February 26, the owner of Novatek Leonid Mikhelson said that his company is investing in Murmansk about 120 billion rubles (€1.62 billion). The first buildings are expected to be ready by mid-2019. A few days ahead of her dismissal, Murmansk Governor Marina Kovtun made a decision to provide financial support to Novatek. At the meeting of a regional Investment Council, she stated that the company would get its income tax and property taxes in the region slashed by 11.8 billion roubles (€159 million). The tax breaks will cover the period until 2023 and 2024 while Murmansk expects that the regional budget will get a 30.8 billion rubles (€415 million) hike in revenues from the Belokamenka project. This is to take place even despite the above tax cuts. In addition, several thousand new jobs will be created and big new orders will be provided for the regional construction industry. The new plant will produce the platforms that Novatek intends to use while constructing its Arctic LNG-2 project. Platforms will be more than 300 meters long, 150 meters wide and 70 meters high. They will be dispatched from Murmansk and all the way to the production site in the Gulf of Ob.

Russia’s Far North cities hoped that large Novatek-operated LNG projects in the Yamal Peninsula and its close neighborhood will give momentum to the region’s economic development. The authorities of Chukotka informed about their intention to develop infrastructure in the town of Pevek for deliveries of LNG to the site. The new infrastructure includes six LNG fueling stations for vehicles, Deputy Governor Mikhail Sobolev said. Also, local cars and trucks will be capable of fuelling liquefied natural gas. This also includes all vehicles that will be engaged in the Peschanka project, a major copper mining initiative. Also, the city of Arkhangelsk hopes for the coming of LNG yet the liquified natural gas will be produced in the region, and not shipped from the outside. In mid-March, Governor of the Arkhangelsk Region Igor Orlov signed an agreement with state company Rostech on the building of an LNG plant. As a result, up to 120,000 tons of LNG can be produced by the plant, making it possible to replace old facilities that are currently fueled by diesel, heating oil and coal. The total cost of the project is estimated to reach more than 14 billion rubles (€192 million) and due to be completed by 2024.

Founded in 1994, Novatek has experienced a sharp rise in development over the last few years. Most of the firm’s gas fields are located in Russia’s Yamalo-Nenets Autonomous Okrug. In 2018, Novak chairman and Russia’s wealthiest man Leonid Mikhelson earned as much as 4.4 billion dollars while a company’s shareholder and Putin’s friend, Gennady Timchenko, managed to secure 4.1 billion dollars.