On Thursday, May 28, a meeting between the Prime Minister of the People’s Republic of China (PRC) Li Keqiang and domestic as well as foreign journalists was held. This is an ordinary conference which takes place upon the closure of the National People’s Congress (NPC). The vast majority of the questions concerned economic matters, only a few of them dealt with the international relations. 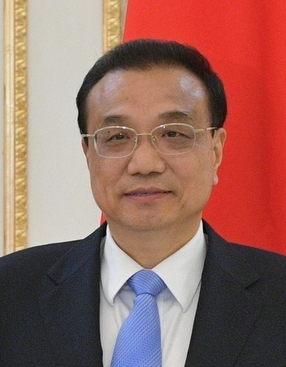 During the approximately two-hour conference, Li Keqiang answered 11 questions from domestic and foreign journalists. Most of the questions concerned economic matters. As Li Keqiang said “We believe that (economic) development is still the key and basis for solving all problems in China.” Much of the content presented in the Report on the Work of the Government, announced on May 22, were repeated. This includes: the fiasco to set this years’ specific economic growth target, special purpose bond issue, reliefs for entrepreneurs and investments in infrastructural projects. Furthermore, the tasks included stimulating internal consumption, keeping the lowest possible unemployment rate and sustaining the number of newly registered companies at an average amount of 20,000 per day.

Li Keqiang underlined that owing to diligent efforts, the Chinese have successfully contained the spread of coronavirus. Although new cases of infection continue to appear, they are quite rare. According to Li Keqiang, information about the virus have been communicated to the international community in due course. Within the WTO, China also supports the clarification of the virus’ sources on the basis of scientific research.

In the context of Taiwan, Prime Minister Li confirmed the One-China policy and the 1992 consensus. He strongly opposed “Taiwan’s independence” and assured that he will endeavor to achieve a peaceful reunification of China in the future, resisting any external influences. Concerning Hong Kong, the Prime Minister confirmed that China does not reject the “One country, two systems” principle. The National Security Legislation, adopted by the PRC authorities, is only intended to protect the national security along with the long-term prosperity and stability of Hong Kong.

When asked by the journalist about Beijing-Washington relations, Prime Minister Li pointed out that they have some problems and challenges, but maintaining relations is very important for them and the whole world. Both countries should cooperate with each other, because a confrontation and decoupling of their economies will only bring losses. The market decisions should be made by the business leaders. He reminded that economic cooperation has brought enormous profits to both countries.

On the subject of a wider Asian cooperation, he still believes in the signing of the Regional Comprehensive Economic Partnership (RCEP) by 15 countries this year. Simultaneously, China is collaborating with Japan and South Korea on a free trade agreement. Moreover, China has a positive and open approach towards joining the Comprehensive and Progressive Agreement for Trans-Pacific Partnership (CPTPP).

The Chinese Prime Minister was clearly focused on internal matters, which are the key to maintaining the power by the Communist Party of China, whose image was initially affected in the course of the coronavirus pandemic. The Chinese authorities are committed to maintaining a steady economic growth, stabilizing the situation in the country and building a “moderately prosperous society”. The success in the fight against the epidemic and the desire for international cooperation in the matter of finding the sources of the virus were reminded. The Prime Minister announced that the Chinese side had distributed information about the pandemic sufficiently early, which is not true. Initially, the knowledge about the scale and high number of cases was covered up. The principle of Chinese unity for Taiwan and Hong Kong was upheld, yet Beijing’s ongoing efforts clearly show that they are not going to take a step back. In international relations, China is committed to international cooperation and the development of free trade, thanks to which China is among the economic leaders.