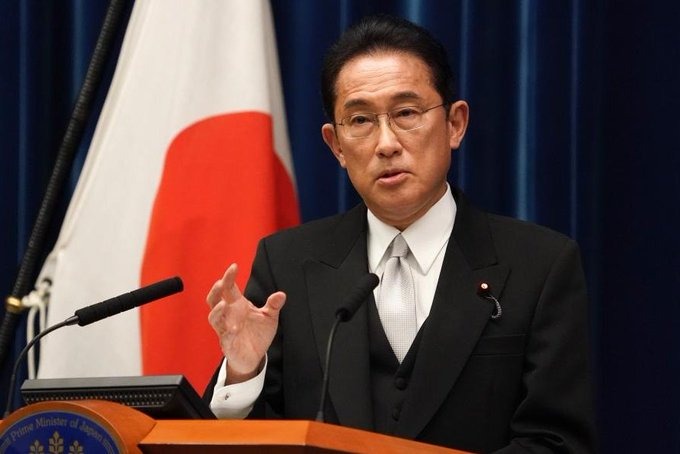 On July 8, 2022 at 11:30 Japanese time during the election campaign in Nara, former Japanese Prime Minister Shinzo Abe (LDP party leader) was shot by a former Japanese naval defense soldier. As reported in the media, Shinzo Abe is in a serious condition. We know from Kishida’s statement that this incident will not affect the Sunday voting. There has been no such shooting in Japan for two decades, so the situation in Japanese political discourse could become more tense. These elections are important because the upper house approves new laws. The ruling party’s activity is currently limited as they do not hold the majority of the seats in the upper house of councilors. The term of executing the office of half of the composition of the chamber is three years, and the term in office of each individual councilor is 6 years.

On Sunday, July 10, 125 new councilors will be elected for a total of 245. The election to the upper house is usually a summary of the government’s term of office so far and an assessment of the effectiveness of the prime minister’s office (the current term of office lasts only one year). In addition, when the prime minister is elected every four years (Kushida was elected after the resignation of the previous prime minister in 2021), the lower house may invalidate the decision to elect the head of government in Japan, which is carried out by the upper house. The LDP (Liberal Democratic Party, i.e. Kishida’s party) did not have to worry about the possibility of removing the new prime minister from his post, due to the parliamentary majority in the lower house, thanks to the general elections he won in 2021.

The LDP currently has 263 representatives out of 465 (in the lower chamber) and 109 councilors out of 245 (in the upper chamber). Komaito is a coalition party for the LDP which, despite being a coalition partner of the LDP, has no representatives in the government because the LDP rules only thanks to a parliamentary majority. It won it in the elections and does not need the votes of the coalition partners to push through its laws. Komaito’s leader is Natsuo Jamaguchi, who has 32 representatives and 28 councilors of his party in parliament. Currently, both parties are described as right-wing and have an ideologically coherent political program. Politicians are associated with Japanese nationalism and conservative views.

The strongest and most numerous parties on the Japanese political scene are the conservatives (apart from the LDP and Komaito, the Japanese Innovation Party is also such a party). Then we have center-rightists from the DPP (Democratic Party for the People), liberals from the CDP (Constitutial Democratic Party or the biggest rival of the LDP) and communists from the Japanese Communist Party (the least numerous party in parliament). There is a split on the right hand. Two groups of conservatives have been distinguished in Japan since the 1990s. Despite the presence of representatives of both currents in one party, there are conflicts in the creation of a coherent political program. The first group are conservatives from the so-called rural districts. conventional. They bet on small and local enterprises that maintain the Japanese economy. These conservatives support local governments with funds, and allocate a large part of their money to public works. The second branch is the “conservative reformers”. These are the politicians who implement privatization in Japan, deregulate the economy to turn it into a market economy. They focus on new enterprises that should replace the smaller ones that have been on the market for a long time.

Representatives of the second stream were: Hashimoto, Prime Minister of Japan from 1996-1998 and Prime Minister Koizumi from 2001-2006. Due to the strong voice of conventional conservatives in the LDP party, reforms of nationalist neoliberals for conventionalists are unnecessary and in bad taste. It can be concluded that the development of capitalism in Japan must have been slowed down and delayed by them. It is believed that the LDP’s success is due to the support of large Japanese technology companies, which influenced the decisions made by political decision-makers in the conduct of fiscal policy (e.g. less public funds for social benefits). In 2012-2020, Prime Minister Abe tried not to reform sectors with regulated legislation, such as health care, agriculture or nuclear energy in order not to irritate conventionalists, which was unacceptable to the reformers’ party. According to Akai Ohi, Prime Minister Abe’s policy included neoliberal and conventional conservatism at the same time. As part of the “three arrows” doctrine: the prime minister assumed aggressive monetary policy (reformist thought), large-scale fiscal activities (conventionalist thought) and deregulation (neoliberal style). Currently, Prime Minister Kushido is following in his footsteps (abenomics policy) and there is no visible change in the direction of such thinking in the future. Japanese society has chosen the LDP as the ruling party of Japan over the past two decades and may re-elect them next Sunday.

Japan’s national security is also an important issue. It is a priority for the political establishment, so when it comes to this topic, there should be no divisions into political camps. Due to the military threat from the Russian side (the dispute over the Kuryle islands), the presence of China in the region (Diaoyu / Senkaku islands) and social problems, i.e. an aging society (there are visible difficulties in the settlement of foreigners on the territory of Japan), the Japanese are thinking about changing its “pacifist” constitution, which has not been modified in 75 years. In order to amend the constitution, it is necessary to obtain two-thirds of the votes in both houses of parliament and to obtain a majority of votes in a national referendum. On this point, LDP and its competitors speak with one voice. If the parties: Kamaito, Japan’s Innovation Party, Democratic Party for the People and LDP together won 84 seats in the upper house, two-thirds of the votes in both houses could be achieved. The LDP is able to achieve two-thirds of the votes in the lower house.

Then, in the event of a positive referendum, it would be possible to amend the constitution. Such a turn of events would be against Japan’s rivals in the region, ie China and both Koreans. South Korea is developing very dynamically, so the improvement of Japan’s situation and its independence in the military aspect would be an awkward and uncomfortable situation for Seoul. Additionally, Kushida’s rule does not suggest that it is multilateral, but rather unilateralism. The new prime minister may not want to support his allies (e.g. the US) in resolving border or political disputes in East Asia. It will focus on the militarization of its own coastal zone (as Prime Minister Abu already wanted). As a continuator of Prime Minister Shinzo Abu’s policy, Kishido’s nationalist approach does not distinguish between the anti-Japanese left in the Korean parliament and ordinary Koreans who would like to normalize relations with Japan. The Japanese have increasingly sharper rhetoric about their own power aspirations in the region, and their efforts to amend the constitution may make the demands of populist politicians come true.