Russia is “not a normal country” but rather “an aggressor state”, Polish President Andrzej Duda said during a state visit to Georgia, at the border between Georgia and the Russian-occupied breakaway region of South Ossetia. Duda’s vocal criticism of Russia triggered a reaction from the Kremlin. 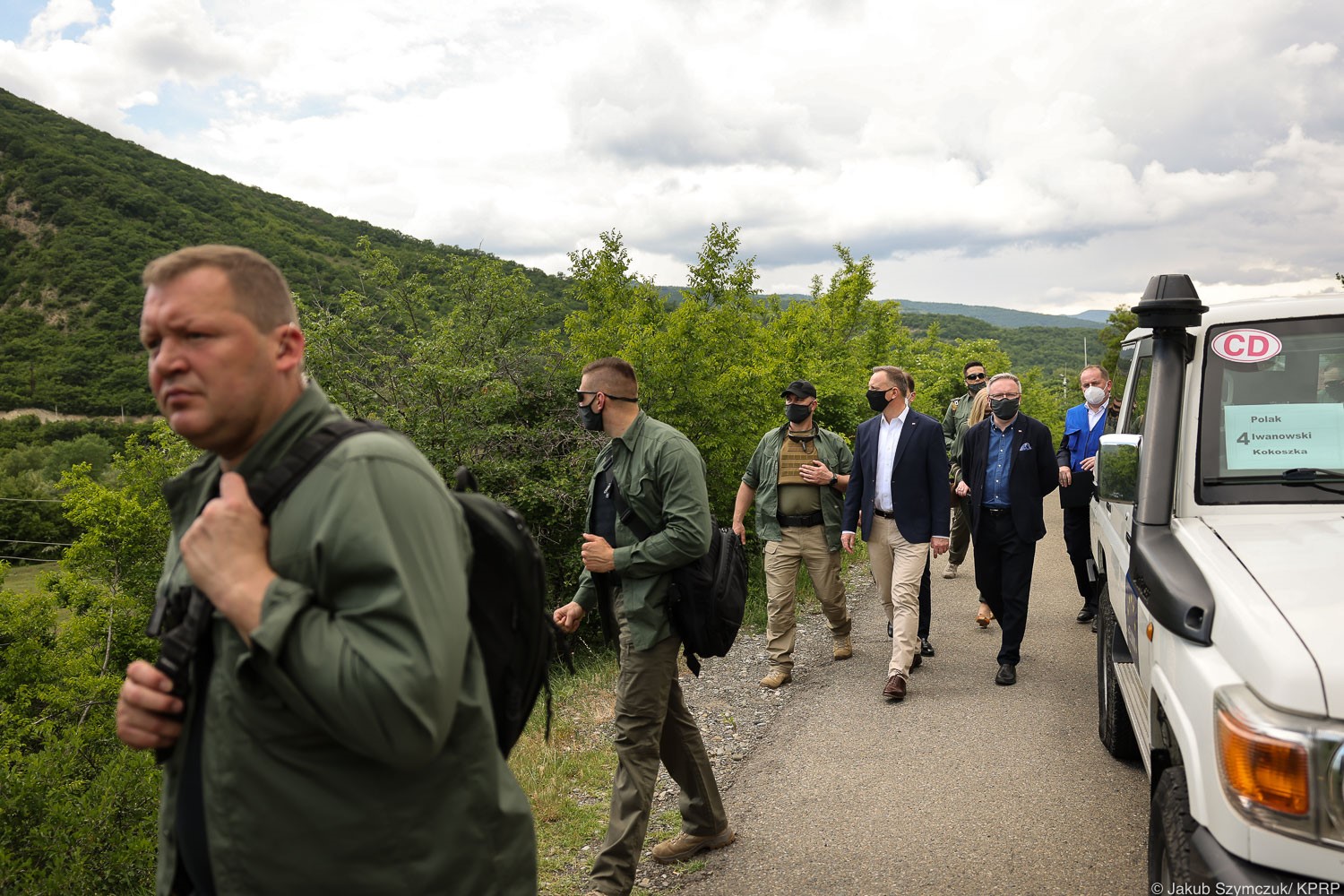 The Polish leader flew to Georgia for a state visit on May 26–27. He was the only foreign leader to participate in the event to celebrate Georgia’s Independence Day. Duda also visited the administrative border between Georgia and South Ossetia. He added that these Georgian breakaway regions had been illegally taken over by Russia. While saying so, he meant South Ossetia and Abkhazia. “In both regions, Russia did the same by attacking Georgian territory, occupying these areas, making efforts to establish quasi-state entities, and destabilizing the situation,” Duda said. Also, the Polish top official referred to similar Russian activities in Ukraine’s Donbas and strongly defined the core of the Russian state today. “Russian, aggressive and imperial actions that take away people’s development opportunities, take people’s normal lives, lead to the destruction of states, lead to a war situation, when people are killed or wounded, these are actions that cannot be accepted by the international community,” the president said. “Russia is not a normal country, but rather an aggressor state, this can be seen in places like this,” the Polish leader was quoted as saying. He also urged other countries to take firm action. The Kremlin responded to what the Polish president had said. “We feel bad about such rhetoric. We do not like it, and we do not accept it,” the Kremlin official told journalists. “Russia seeks friendly relations and mutually beneficial cooperation with all neighbors, including Poland,” he added. There is something more than just words that accurately describe its policy that Russia seems to dislike. The fact that the president of Poland, a country that is among the most important NATO and EU states, visited Georgia is somewhat puzzling for Russia and its plans. Russian officers in Georgia have long pushed for destabilizing the country to paint it as not yet ready to integrate with the West. With visits like that of Duda, the West shows its nations still care about Georgia, which is not in line with what Russia seeks to accomplish