On February 18, 2022, the event “Biden’s projection of weakness and the Ukraine Crisis” organized by the Warsaw Institute took place. This event was the second episode of a series of interviews for the American Alert project conducted by the editor-in-chief of the Warsaw Institute and an expert on the United States, Jan Hernik. During the meeting, the issue of the growing threat of a Russian invasion of Ukraine and the actions of the administration of the President of the United States, Joe Biden in connection with the attempt to de-escalate the conflict, was raised. The special guest of the event was Prof. Clifford Angell Bates, political scientist of the University of Warsaw and Norwich University. 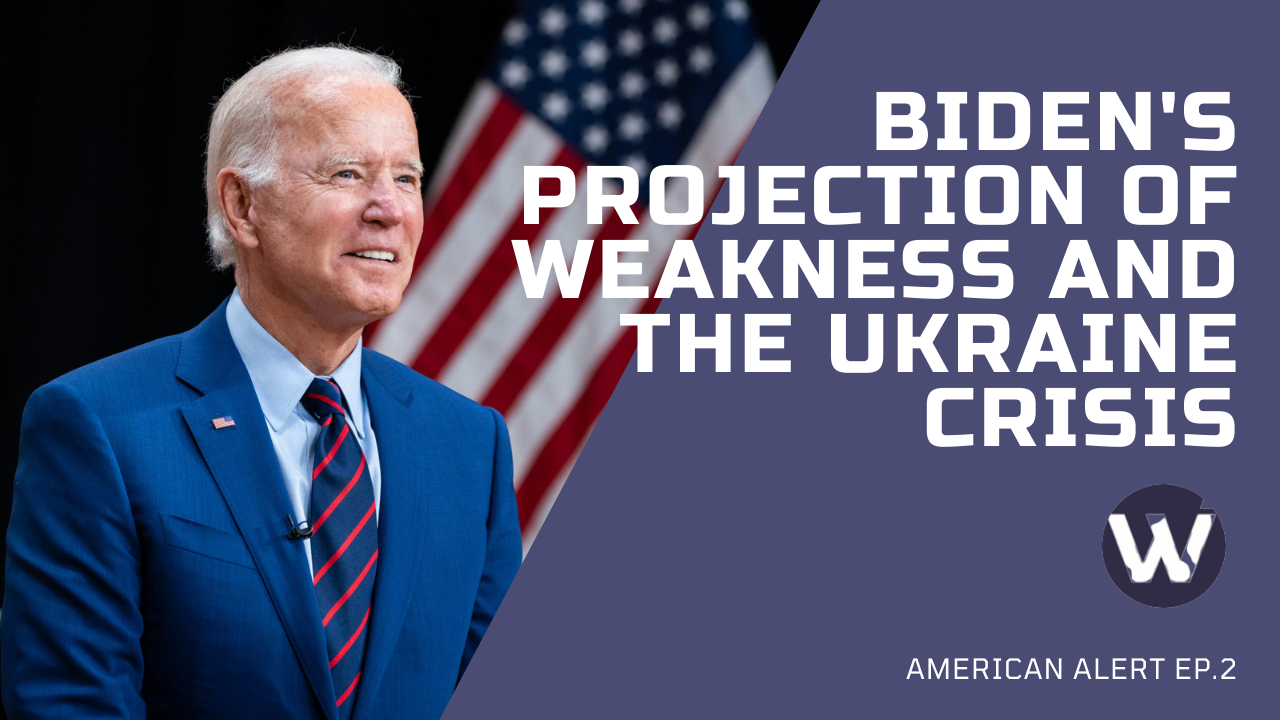 The conversation began with a question from Jan Hernik about the summary of Biden’s relationship with the Russian president, Vladimir Putin.

“I think the problem is that we have to talk about two different issues here. If we want to talk about the relationship between Biden and Putin, I believe that there is basically no such thing as a relationship between these two gentlemen in this sense. Biden’s administration has always stayed away from Putin (…) Biden was never interested in Putin or Russia per se. I think we should talk about Biden’s relationship with Putin in the light of Biden’s US presidency at the moment and through the prism of Biden’s symbolic representation – what he looks like and how he behaves. The problem is that Biden’s appearance simply represents “Mr. Poppy Pants,” an old man with dementia who became president because of hatred for Donald Trump represented by a significant portion of the American elite. ” – said Prof. Bates.

Jan Hernik’s next questions concerned the credibility of information obtained by the American intelligence about the possible initiation of an invasion of Ukraine by Russia, and whether Russia would attack Ukraine at all and whether it would be in the interest of Putin’s imperial aspirations. In response, Prof. Bates has commented negatively on the operation of the CIA, which, in his opinion, is in need of a total reform. In the next question, the moderator raised the issue of the US President’s speech on February 17, which some experts believe saved Ukraine from a Russian attack.

“No, it won’t stop Putin and he understands that it’s just words and if it was Trump and not Biden who just reads what’s in front of him and Trump says what he thinks, I think Biden can’t take his own decisions, and if he makes them, they are based on the symptoms of dementia. ” – adds the political scientist.

One of the last questions that Prof. Bates, regarding the American plan to respond in the event of Russia’s attack on Ukraine, the constant assurances of the Biden administration that this plan is prepared and whether these words are sometimes just empty words. In this case, Professor Bates replied in strong words:

“We have a situation where the right hand doesn’t know what the other is doing. Blinken is the perfect example of an intellectual idiot, well-educated but idiot. I say this because of his behavior, where he obviously has topics for discussion in his statements, but never provides information to support his arguments. “

The last question was about the views on the President of Canada, Justin Trudeau, and the weaknesses his administration shows, exacerbated by the protests in Ottawa. On this issue, Prof. Bates said Trudeau was in a weak position because he had a minority government and was in power thanks to a coalition with National Democrats, or a left-wing democracy, and the protests in Ottawa were a working-class revolution. The problem is that modern socialists have nothing to do with the working class, so the situation seems very complicated.

The entire recording is available on the Warsaw Institute channel on YouTube.